Behind the Scenes of Owning a Bar in St Petersburg 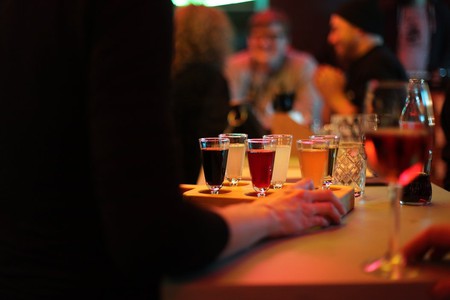 Opening a bar in St Petersburg is a tough game. The competition is always high, visitors will expect to find something new and prices need to be kept down to a pleasant low. Places shut down and new ones pop up in their place soon after. A veteran of the industry, Lisa , bar owner and designer, shares her thoughts on the matter.

Prior to starting a career as a bar owner, Lisa worked as a graphic designer. “It started with a crazy idea – my friends and I decided to buy Stirka 40, a bar we spent a lot of time in.” Despite the good intentions, the cost of buying the place turned out to be more than they had expected, and the deal never happened. However, half a year later, the owner of Stirka 40 called Lisa, offering her a management position. Despite Lisa’s lack of experience in the industry, he believed that if she was ready to invest her money in the place then she definitely had ideas on how to improve it. After three years of working there, Lisa decided to it was time to start a project of her own. 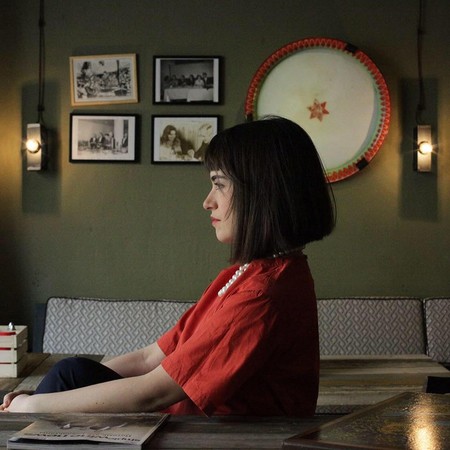 A part of Berlin in the hear of St Petersburg

For over six years now, Lisa’s bar Produkty has been an institution of St Petersburg nightlife. A small, underground bar whose name may not stand out at first. Produkty in Russian is a name typically given to your local corner store. Lisa loved the idea of small bars that she saw in Europe, especially in Berlin. The interior of the bar doesn’t fail to impress. Lisa and her colleagues hunted for interesting objects on eBay, often bringing them in from Germany. Lisa points at an old beatbox in the corner “We have a beatbox here from 1973. It has been broken for a long time, and we have finally fixed it.” Produkty is not Lisa’s only project, she is also a co-founder of a café called Beirut and recently worked as a designer for the venue bar Zaliv. 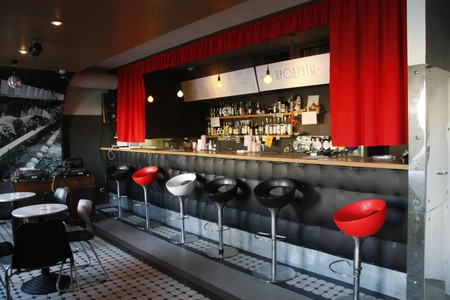 Lisa was part of a newly opened bar, Zaliv, where she took up the role of lead designer. A role that she admits has been a particularly great experience. The term “zaliv” among St Petersburg dwellers refers to the Finnish Gulf, a common weekend getaway and the location of many country houses, “dachas.” The objects and atmosphere creating a “feeling of cute Soviet nostalgia.” Oares on the wall, tables with a sandpit inside and screening of childhood movies. The process of gathering all these objects was sporadic and often spontaneous. One evening Lisa was browsing Avito (a Russian equivalent of eBay) and saw two chairs sold at a nearby village Gorelovo. Lisa laughs remembering how “at 10 p.m. I decided that we absolutely need these two chairs, and the village is only 40 minutes out of the city.” And they got them. 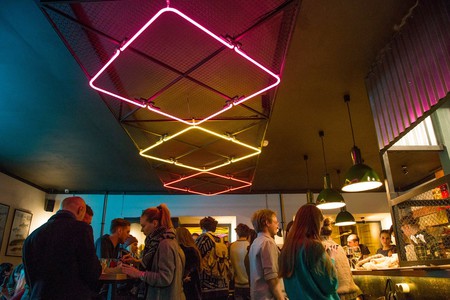 She fought the law and…

And unfortunately the law won in the most unlawful way. Lisa has had her fair share dealing with the law. For over a year her shawarma café, Beirut has been under the scrutiny of inspectors following an incident with a police officer who behaved aggressively in the café demanding to use the bathroom. The same policeman arrived the next day with a group of inspectors and began to roam around the place with no warrant for a search. A court case was started. A list of regulations that were not met in the café was handed to Lisa, those including the width of corridors, the number of sinks in the café, antibacterial lamps. “It used to be that only big businesses had big problems, but now they’ve come down to us.” After a year of having equipment confiscated, police officers showing up at her apartment and continuously having to adhere to newly arising rules and regulations, Lisa was forced to pay a fine of 40,000 roubles. And the case was closed. 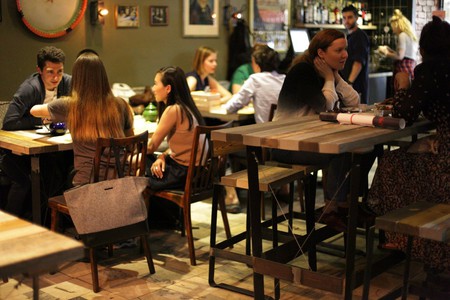 A piece of Lebanon in St Petersburg | Lisa Izvozchikova

Has the incident turned Lisa completely off bar ownership? Her ongoing projects say that’s not the case, but she wouldn’t recommend starting a bar at the moment, especially if the investment is coming from personal savings. Since the fall of the rouble against other major currencies, the cost of running a bar has significantly increased. Simultaneously, the maximum increase in prices that you can allow is about 30 percent. And yet bars keep popping up, meaning people are willing to take the risk, but as Lisa notes, “It remains a mystery to me how they do it in the first place.” Especially in recent years. In Lisa’s view, the key to success is having the right people: “You need to be attentive to your staff and allow them to grow professionally.” So it’s not a dead end just yet, but still a long way up to the top.