Barbie Travels Back in Time to the USSR

For most of us, the USSR is one place we will never experience. Barbie, however, gets to travel back in time to see what it was like living in it. Yekaterinburg-based visual artist Lara Vychuzhanina has recreated a true-to-life miniature diorama of a Soviet flat and snapped photos of Barbie while she was staying there. Vychuzhanina also took a few photos of Ken, whom Barbie brought along for the trip.

Through the painstaking efforts of Vychuzhanina, Barbie and Ken have found themselves hanging out in an old Soviet communal apartment that appears to be set sometime circa the 1980s. Despite being young enough to not have any proper memory of the USSR, Vychuzhanina manages to capture a mood and atmosphere that is delightfully kitsch and nostalgic. 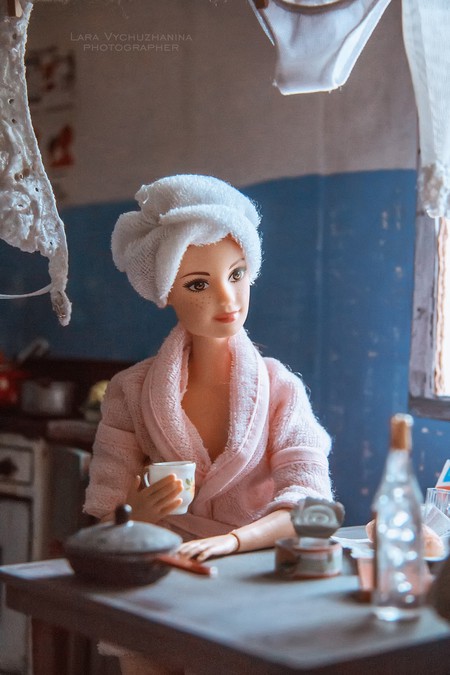 Barbie takes a trip back to the USSR | | © Lara Vychuzhanina

The love is in the details. Concerning herself more with the feel and tone of the setting rather than historical accuracy, Vychuzhanina put a lot of effort into transforming a 60 x 40 x 50cm (23.6 x 15.7 x 19.6 inch) box into a mini-Soviet world. To recreate the Soviet feel, Vychuzhanina worked off of old photographs and images she found online. 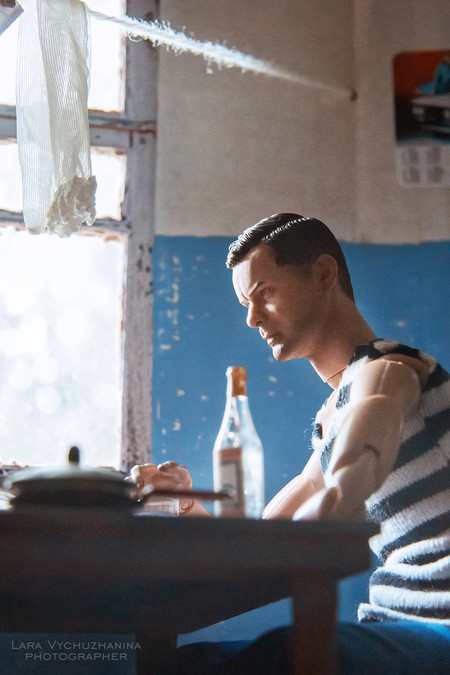 And she brings Ken back for the ride too | © Lara Vychuzhanina

Ken’s shirt (made out of an old sock) is torn and the miniature plastic pots, pans and furniture that were bought online are scuffed up to look appropriately weathered. Ken is even reading a Pravda newspaper and the branding on the cereal boxes, vodka bottle and cigarettes are exact. Props that were painted and treated were then sealed with a coat of clear nail polish. For a final cultural touch, it appears Barbie’s mother returned to the USSR as well to live with the young couple, which reflects the communal living aspect that was prevalent. 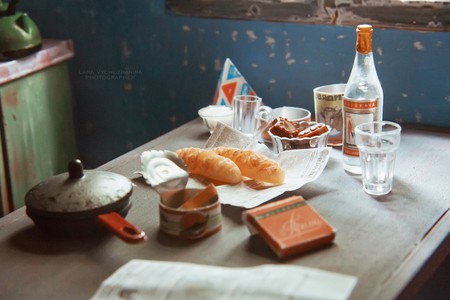 The diorama and photoshoot were made specifically for a competition, which was themed ‘communal apartment’, and were completed in a two-week time frame. Recognized for her efforts, Vychuzhanina’s project won a Doll Photography Award in 2017. 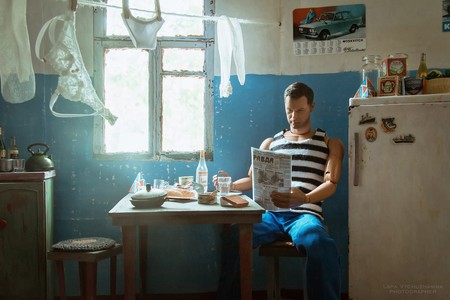 Barbie’s Soviet flat isn’t Vychuzhanina’s only doll-based project. Her love of dolls goes back to childhood, and she has been taking photos of them since she was young. A commercial photographer by trade, the artist’s hobby of staging photo shoots with dolls turned into a professional activity in 2013. ‘My hobby is a symbiosis of [my] love for dolls and love for photos’, she says. ‘Dolls are the best models. They are the heroines of my photos. I’m not shooting fashion, I’m shooting stories. [Dolls] are not capricious; they are silent; they always look good; they do not freeze in the winter in a dress. In general, it is pleasant to work with them’. 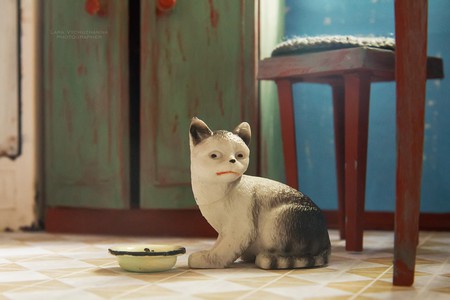 It is clear a lot of work goes into creating the worlds the dolls inhabit, a task Vychuzhanina finds as equally as enjoyable as the actual photoshoot. Photographing dolls presents unique challenges for photographers, who must rely on their technical skill to make an inanimate still-life object pop. Vychuzhanina told RBTN, ‘A doll is not a person, and its face cannot change, so it is totally up to the photographer to transmit a particular emotion to the viewer with his or her professional skills. That’s why so much focus is put on lighting, colour, angle and perspective. Using all these tools in the right way can make a doll look alive’.