An Introduction To Sergei Prokofiev In Five Movements 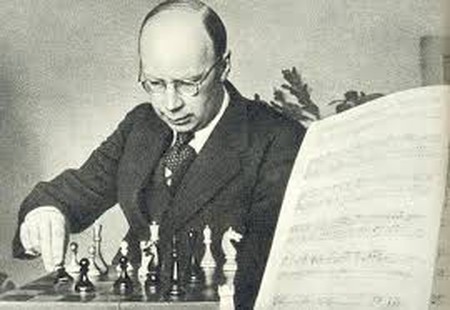 As much as pop culture wants to tell us that “Moonlight Sonata” is the darkest that classical music gets (although Requiem for a Dream is definitely no laughing matter), there are some composers in the last century alone that have gone above and beyond with the intensity of their music. Sergei Prokofiev, Russian/Soviet pianist and composer, stands out as one of the most captivating composers of the 20th century. With technical prowess, jagged and contorted time signatures, and masterfully crafted melodic sensibilities, here are five particularly outstanding movements from his outstanding body of work that shed some light on Prokofiev’s musical and emotional intensity.

Easily some of the lightest material ever written by the composer, ‘Andante’ still carries a certain melancholic weight to it; the violin represents reminiscing over a beautiful moment in the past rather than frolicking through a field. The all-string arrangement gives listeners a good taste of Prokofiev’s inclination toward dexterous, intricate arrangements for both melodies and harmonies. ‘Andante’ is a challenge not just in emotional weight, but in its demand to follow six-plus melodic leads at once throughout the piece.

While Prokofiev is able to capture intense emotion in his work, he also is able to leave listeners behind with his musical prowess. Few of his pieces burst forward like the fourth movement of his seventh symphony. Never fear; while the idea of being left behind in a song certainly sounds awful, this song is so playful that even casually listening to the speedy, melodic noodling is like a game unto itself. It’s not the easiest of listening, but it absolutely is fun!

While many other composers operate on the grandstanding, larger-than-life side of composition, Prokofiev’s method of generating beauty is by dragging his music low into the darkness, pulling his listeners through unparalleled musical intensity, so that once the music finally peeks its head above the surface, the results are all the more rewarding. If there is any individual piece of his that accomplishes this, it’s ‘Autumnal Sketch.’

There’s been plenty of talk about Prokofiev’s dark — almost ruthless — songwriting, and the second movement to his sixth symphony puts it on display. The sheer grandiosity and ferocity of the piece is relentless and enthralling; even the more spacious moments of the piece make relaxation difficult. Every moment is emblazoned with a kind of musical enormity. The interludes of melancholia, the heroic outbursts, and the haunting, rumbling lows of the midsection all accurately portray sadness, fear, and hope.

Prokofiev covers complex terrain in all of his music, but ‘Russian Overture’ is where all of his finest elements shine through the brightest. The bombast of the horn, the life-affirming jolt of the key choices, and the overall chameleonic nature of the instrumentation is stunning. At times it sounds like a movie score, and then suddenly it turns into a wildly complicated swing tune and eventually explodes into a magnificent amalgam of orchestral mastery. For all of its heaviness, Prokofiev’s work always ends up being fulfilling.