An Introduction to Folk Instruments: The Russian Quray 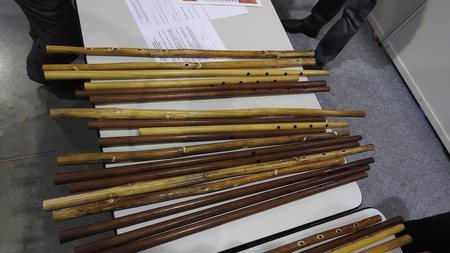 Playing an ancient instrument like the quray is more than just learning an instrument. Quray players preserve a centuries-old tradition, bringing to life the same tunes that were played long before the history of Russia began.

Originating from the Bashkortostan region of Russia, the quray ranks among the most ancient instruments in the world. Archeological research in the area allows historians to date the origins of similar looking instruments date back to the 2nd century B.C. Among the distinguished modern players of the quray is Robert Yuldashev, a native of Bashkortostan. He shared a beautiful legend that explains the appearance of the quray. The prophet returns after meeting with God and wants to share his happiness with the people. But they don’t understand them. So he hears the voice of God inside him, telling the prophet to go into the mountains and share his happiness. As soon as he does, in that field cane starts to grow. A shepherd passing by hears the sound of the wind blowing through the cane and decides to make a musical instrument by making holes in the cane to play it. From then on, the sound that comes from the instrument is akin to the happiness of meeting with God. 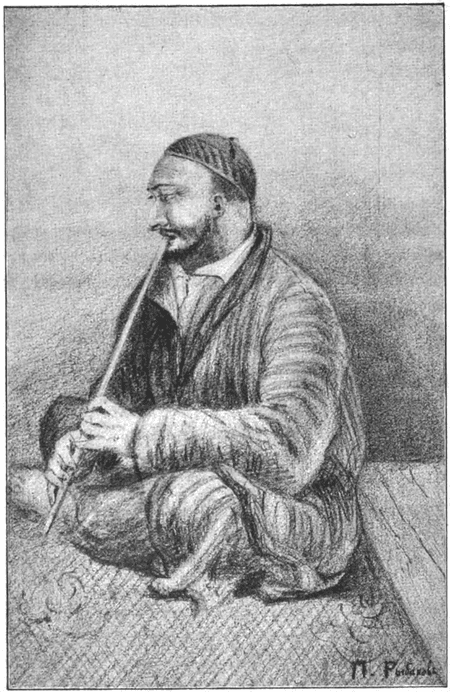 A 19th-century sketch of a quray player | © Wikimedia Commons

Preserved over the years

The instrument, as well as its melodies, have been preserved over the centuries, keeping a truly ancient tradition alive. The melodies for the quray are usually accompanied by a story or a legend that explains the appearance of the tune. Robert shared one of his favourite tunes called “The Little Crow” that in his opinion accurately depicts the sounds of nature as if a crow is flying.

https://theculturetrip.com/wp-content/uploads/2018/02/robert-recording-edited.mp3
The origins of this story take root in an old, rather odd legend that pregnant wives from Bashkortostan were often stolen by enemies, because of the belief that their babies would grow up to become strong warriors. So a man comes home one day and finds that his wife is gone. Straight away he knows that she was stolen by the enemy and sets out to find her. When they are close to reaching home, the woman gives birth, and they decide to leave the baby in a crow’s nest, so they can escape. The couple become heartbroken with grief and decide to go back and bury the remains of the child. To their joy, the baby is still alive – the crow fed it while they were gone. Their story reaches the ears of quray players, and they compose a melody about this miracle. 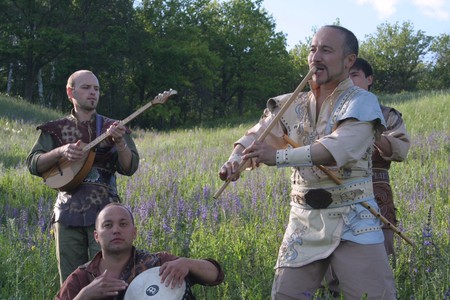 In Robert’s inventory, there isn’t just one quray. He has a number of them that differ in length. The longer the quray is the lower the sound and vice versa. That’s why in order to play a whole melody you will need more than one quray. Although all qurays are different, there is a type that is referred to as the “classic quray.” It is between 57 to 81 cm long and has five openings. Four on the outer side and one on the inside. Learning to play the notes in sequence is not the biggest challenge. The main focus is getting the correct sound out of the instrument. So much so that when young kids are learning to play, they start with a quray that has no openings at all. As the student progresses, he or she is allowed to start carving the openings, one at a time. When Robert began to play, it became obvious that unlike other wind instruments, the sound isn’t just coming from the end of the quray. It also resonates in his mouth, a technique that is mastered only by professional players.

A skill without a manual

Learning to play the quray is no simple task, nor is it easy to find a teacher. Robert remembers that his introduction to the instrument was like an act of fate. As a young boy, he was brought along with his parents on a visit and he heard an old man playing the quray. His “whole body was covered in goosebumps,” and after that he tried imitating this instrument, as kids do, on various tubes that he could find. “God heard him” once at school when he was playing around in art class, once again imitating this instrument. The teacher saw him and asked if he wanted to learn to play the quray. Robert quickly agreed, and for a year he met with this art teacher after school to learn. Since then, Robert has received a professional music education, performed around Russia, and won many awards. In his opinion, playing the quray is not just about performing. “Ancient instruments, just as a people’s language, bring a certain balance to the universe. Most importantly, they preserve a collective mindset of a culture, so it’s important to play not just for performing, but for keeping this balance in the world.”