An Insider's Guide to Moscow Nightlife 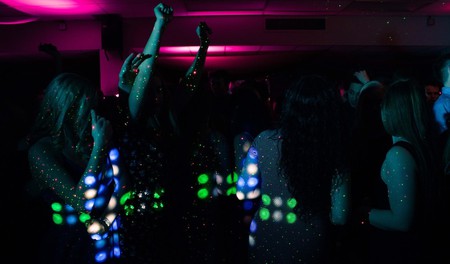 As a city that never sleeps, Moscow is known for its vibrant nightlife as much as for its stunning architecture. Having a plethora of choice, you may need someone to guide guide you through the club scene of Russia’s capital. Read on for the best places to take you through the night.

One of Moscow’s oldest nightclubs, Propaganda is an iconic spot that’s been around since the 1990s. Featuring deliberately shabby interiors, Propaganda, affectionately called “propka” by regulars, still gathers crowds even on weekdays. The club is particularly favored for scoring world-class DJs, hosting gay parties on Sundays and offering tasty and inexpensive food.

Another legendary spot, frequented by the cool crowd, this bar was founded by celebrated Russian designer Denis Simachev. Fancier and pricier than Propaganda, it’s worth a visit if only for eclectic interiors and salmon pizza.

Tiny and nondescript, Nauka i Iskusstvo (‘Science and Art’) is all about the music. Although there are no fancy cocktails, glitzy interiors or bohemian entourage, the club hosts some of the best electronic parties, hip music gigs and cool designer shows.

One of Moscow’s quirkiest nightclubs, Squat ¾ occupies the basement of the former Central Baths building. Instagrammed by Moscow’s it-girls, the club is famous for gothic techno-balls and bohemian raves. Apart from the club and a bar, it is also home to a Greek cafe, barber shop and fashion store.

The newest venue on the list, Pluton is located on the premises of the hip design center Artplay. Despite the high ceilings of a former industrial building and tiled walls, Pluton feels strangely homely and comforting. Opened in 2017, this is not a nightclub in the traditional sense. Pluton promotes all kinds of events: from cathartic ambient, to jazz music to art-performances.

Another Artplay resident, Rodnya is a rooftop club that hosts resident DJ sets and international bands on tour. In summer you can dance until sunrise on the club’s rooftop terrace.

Aglomerat is a multi-purpose art space, housed in the former Mars factory. With a spectacularly dystopian interiors, it plays host to all kinds of events – from movie screenings and art exhibitions, to metal band shows and rave nights.