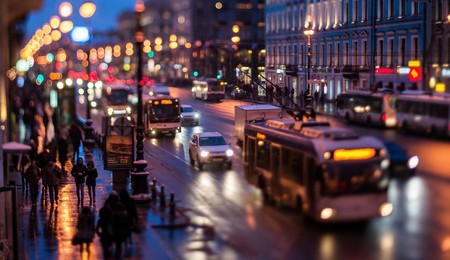 With extra time to spend in St Petersburg it can be pleasant to step off the beaten track and go searching for some of the hidden gems of the city. If you want to experience St Petersburg as the locals do, check out our insider’s alternative guide to the best-kept secrets in town.

Relax on the rooftop of Loft Project Etagi

Loft Project Etagi has become an institution in St Petersburg -there is always something going on at this hotspot, be it an exhibition, a garage sale, or festivals. As the project developed over the past 10 years, the site grew and expanded to having its own café and even a rooftop overlooking the city. Perhaps in the winter it is advisable to stay indoors, but on a warm day the rooftop makes for a perfect getaway, well-hidden from busy tourists.

Take a tour of the Museum of Soviet Arcade Machines

Museum
Facebook
Email
Twitter
Pinterest
Copy link
Share
Take a tour of the Museum of Soviet Arcade Machines
Dive into a Soviet childhood at the Museum of Soviet Arcade Machines, a spot favoured by many locals. As part of the experience a guide gives a tour around, after which you’ll be free to explore at your leisure. There are now 40 machines as part of the exhibition, some of which still work for visitors to try out. A special treat are the machines with mineral water, just like on the streets a few decades back.

Going to the cinema may not seem so exciting, but having a cinema all to yourself and deciding which movie to watch certainly is. Pandora Cinema takes the movie experience to a new level – they have rooms of all sizes available for hire, perfect for a date, a party with friends and even a kids’ party. There are all sorts of extra services available, ranging from various desserts to performances by magicians, all of which add a certain magic to the experience.

Learn about dreams at the Freud Dreams Museum

Museum
Facebook
Email
Twitter
Pinterest
Copy link
Share
Unlike other Freud museums around the world, St Petersburg was not a place were Sigmund Freud lived. And the museum is not dedicated to the life of the psychiatrist, but rather to just the part of his work dedicated to dreams. The museum was opened on the 100th anniversary of the book The Interpretation of Dreams– Freud was the first researcher to prove that dreams were not a spontaneous occurrence, but rather provided a pathway into the study of the human subconscience.

Have a drink or two at a hidden bar

St Petersburg has plenty bars to choose from, but why settle for the easy option? For true wine devotees, the Big Wine Freaks bar opens its doors Tuesday to Saturday. It is highly advisable to give the bar a call beforehand to book a table, as not only does space tend to be limited, but it’s also useful to get directions, since the entrance is well-hidden. Be aware that though their bar snacks are all well-made and on point, if you’re after a full meal it’s a good idea to eat before hitting the town.

Stargaze at the planetarium

A trip to the planetarium may sound like it’s just fun for the kids, but don’t be too quick to judge. The Saint Petersburg Planetarium has expanded over the years, and now offers a variety of different programmes, be it an introduction to astrology or a physics course in electrodynamics. The only issue is the programmes only run in Russian, but even then just enjoying the view of the sky can be a change of scenery on your trip.

Did John Lennon live in St Petersburg? No! But many dedicated fans of The Beatles did and still do. Due to the determination of one particular Russian fan, Nikolai, John Lennon Street appeared, hidden away in a courtyard and shielded from the ever-present eye of the law. As the place became more popular, bars, cafés, restaurants started appearing here, creating an art space. Today visitors come here to see the iconic Yellow Submarine and pay homage to the legendary band.