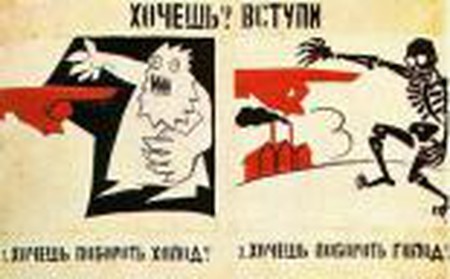 Alexander Rodchenko is regarded as one of the most vibrant and progressive artists to emerge from Russia in the 20th century. With his work spanning painting, graphic design, photography and advertising, he continues to be widely recognized as one of the founders of the Constructivist movement and the father of modern Russian design. By rejecting conventional art forms, he radically contributed to the visual framework of Russia’s social and political values, influencing the development of European Modernist art. 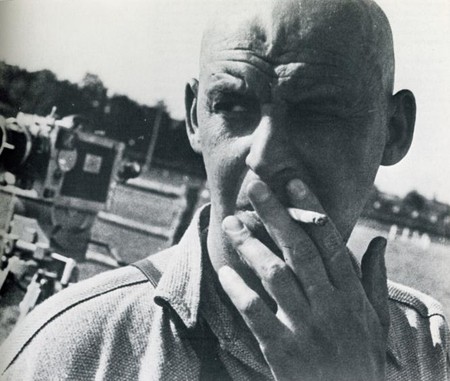 Born in St. Petersburg in 1891, Rodchenko graduated from the Kazan School of Fine Arts in 1914 before moving back to Moscow the following year to complete training at the Stroganov Institute. Owing much to the creative influences of Cubism and the ideals of utopian possibility fostered by contemporary Russian Futurists, the young artist became heavily involved in the cultural debates surrounding abstract art. Geometric shapes, daring lines and aggressive brushstrokes featured heavily in his compositions as he continued to experiment with innovative design elements.

It was in this climate that Rodchenko and his contemporaries recognised that easel painting and fine art were stagnant art forms. Instead, they pushed for an artistic radicalism that passionately denounced conformist expression. In a MoMA feature published in 1921, Rodchenko fervently confirmed that painting was “dead.” Reactively, he exhibited solid monochromatic canvases in hues of red, yellow and blue and claimed that he had finally succeeded in reducing painting to its logical conclusion.

Presented as part of the 5×5=25 abstract art exhibition, Rodchenko’s contribution became what is now considered to be one of the first artworks to employ a monochromatic color palette. By covering broad canvasses with tonally neutral colors, he believed that there was simply no reason to continue exploring color schemes, nor the painting medium. From a political viewpoint, in signaling “the end of painting,” he was simultaneously signaling the end of restrictive middle-class values long associated with expressionist painting.

In lieu of painting, Rodchenko’s took up the applied arts, working with vibrant graphic design and pioneering photography. Here, a more direct and transparent mode of expression could be achieved that went hand-in-hand with the rationalism and force of the thriving Communist state. Photographs and typography increasingly began to appear in furniture designs, on film posters and in state advertising. This was a type of art that was “useful,” created with a functional purpose to serve Soviet society. 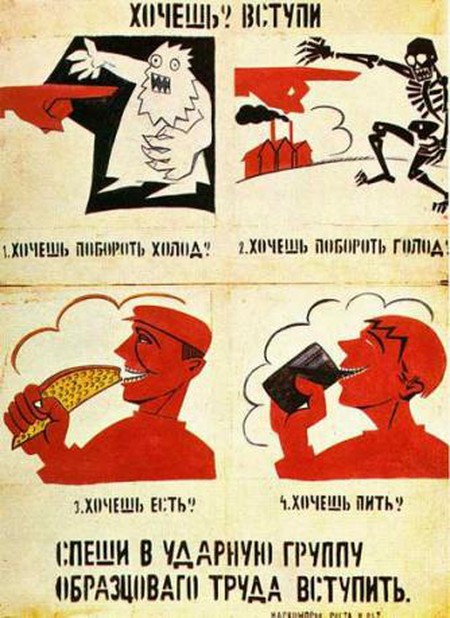 Together with his Constructivist contemporary Vladimir Mayakovsy, Rodchenko viewed himself as a crucial figure in the artistic representation of the regime. Throughout the 1920s, he completed numerous commissions for book covers, posters and Party propaganda images. Today, he is best known for the film poster design of Sergei Eisenstein’s epic Battleship Potemkin.

Featuring bright primary colors, aggressive geometric shapes and repeated bold lettering, Rodchenko successfully underpinned the stark dynamism of the Soviet regime. In rejecting passivity, the aim was to transform the submissive viewer into an active observer. With this in mind, he often worked with his wife Varvara Stepanova, providing graphic design for advertisements ranging from children’s dummies and cooking oil to beer and pharmaceuticals. In the 1920s, the regime had fully adopted Rodchenko as one of its tools for shaping the face of Soviet advertising.

Ultimately however, it was photography that came to play the most important role in Rodchenko’s artistic output. Through photomontage and the use of text, he fostered a new identity— he was no longer just an “artist” but also a dynamic, artistic “engineer.”

Rodchenko repeatedly manipulated angles, contrasts and tilts to achieve new perspectives and prevent passive viewing experiences. He wrote that “one has to take several different shots of a subject, from different points of view and in different situations, as if one examined it in the round rather than looked through the same key-hole again and again.” The drive for new perspectives echoed a yearning for a reformulation of aesthetics, one that was in tune with social and political developments.

Yet, as the decade progressed, art became increasingly utilised by the state for the sole purpose of propaganda and Rodchenko’s experimental vision gradually fell out of favor with the State. Communism idealized utopian forms and only accepted shining examples of a perfect establishment – forms that were too abstract were rejected. 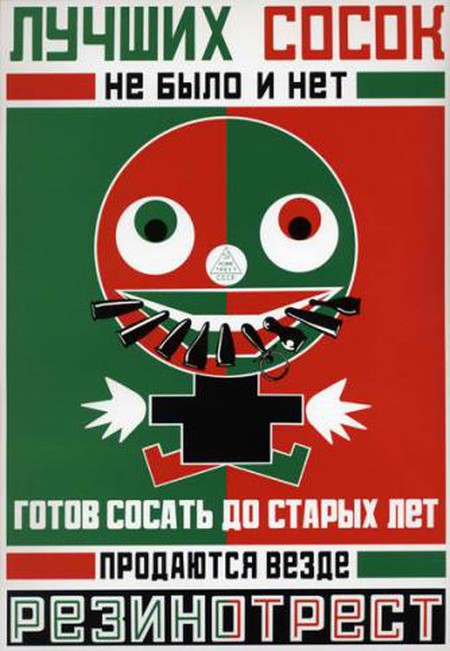 Today, the image Pioneer with Trumpet is an example of the kind of art that dissatisfied the regime. While attempting to capture real human emotion, Rodchenko was accused of manipulating appropriate forms and grossly distorting perceptions of a utilitarian state. Indeed, on observing the image, the angle from which the children are seen below reveals a bulging chin that is visually grotesque. The photograph portrayed fragmented figures – a far cry from the heroism and dynamism demanded by the government.

Despite beginning as a commendable artistic figurehead for the Soviet State, with time Rodchenko’s compositions became regarded as disgraceful assaults on even the most radical of Communist art forms. Challenging the aesthetic and political manifesto of the Soviet state, he was expelled from the artist group October Circle. Falling out of favor with the government he so zealously supported, Rodchenko quietly returned to painting in the late 1930s. His photographic career came to an end in 1942, although he continued to organise image exhibitions for the state and to complete minor advertising commissions.

In this sense, Rodchenko was both an upholder and a transgressor of the Communist regime. Throughout his life, he was a passionate believer in the new future of the Soviet Union, yet ultimately, his work failed to comply with the political and social values of Russia at the time. Nonetheless, his legacy continues to define modernist art, especially in the mediums of painting, graphic design and photography. The latter has, in many ways, contributed to the entire notion of modern European camerawork. By the time of his death in 1957, he had been featured in over 50 art exhibitions and his work continues to make appearances in galleries as far reaching as New York’s MoMA and the Hayward Gallery in London.

Speaking of Constructivist aims, Rodchenko once claimed, “We had visions of a new world, industry, technology and science. We simultaneously invented and changed the world around us. We authored new notions of beauty and redefined art itself.” Radical, pioneering and ambitious, Rodchenko achieved many of these aims. The question however, is whether his vision of this particular world order can still be considered valid today.