A Tour of Leningrad under the Siege 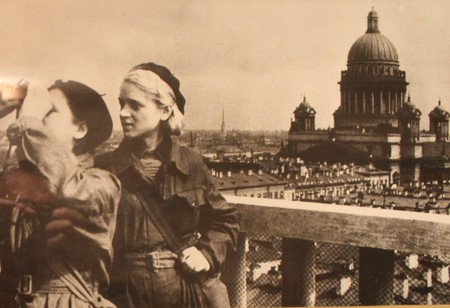 St Petersburg will always remember the Siege (8 September 1941-27 January 1944) as it was one of the most devastating events that the city suffered. It was a uniting tragedy that will be remembered by generations to come. Although there are museums and monuments dedicated to the history of the Siege, some lesser-known places also hold memories of the events of the Siege. Here’s an important list of the small memorials around the city that help visitors envision life during those arduous 900 days.

The Apartment of Tanya Savicheva 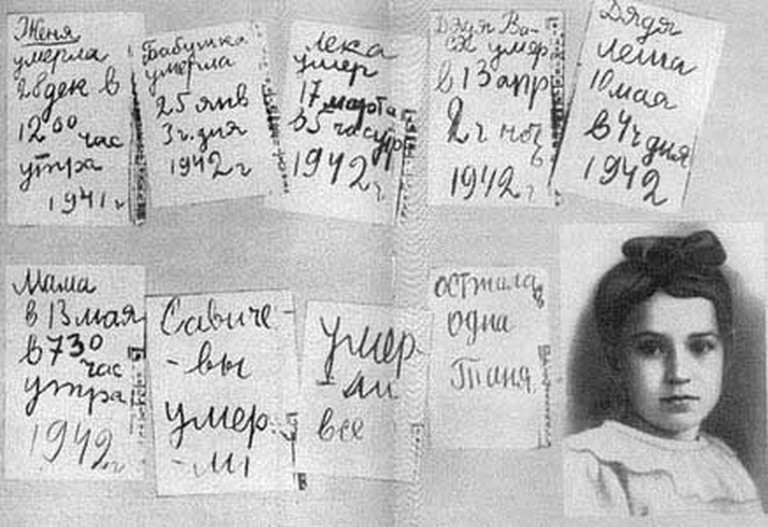 Pages from Tanya's diary | © Wikimedia Commons
Tanya was a young schoolgirl when the war started. Her family lived in an apartment on the 13, 2nd Line of the Vasilievsky Island. As the siege started Tanya began writing a diary in an old notebook that she found in her sister’s belongings. The book only contained nine pages, six of which document the deaths of her close relatives. In the first year of the siege, almost all of Tanya’s family died and she was evacuated, only to die a few months later, due to health complications. Tanya’s diary was found by her sister Nina who retained it, making it a symbol of the Siege of Leningrad. Although the Savichev apartment never became a museum, there is a plaque outside to mark the place of their home.
Open In Google Maps
13 2-Ya Liniya V. O., Sankt-Peterburg, 199034, Russia
Give us feedback

On the corner of Nevsky Prospekt and Malaya Sadovaya Street there is loudspeaker that has been in there since the time of the Siege. During the war, there were about 1500 loudspeakers installed around the city. Everyday, the citizens gathered round these loudspeakers to hear news from the front, listen to radio translations and receive the necessary information for their safety. In between these programs, the loudspeakers would have a metronome counting 60 beats per minute. If it ever increased in speed it was a warning for an air raid. Yearly, on dates related to the Siege, the loudspeaker transmits wartime recordings and plays the sound of the metronome.

An unusually located memorial has been placed at the bottom of the steps leading down to the Fontanka River, just in front of 21 Fontanka Embankment. There was an ice hole here made in the frozen river that was used as a source of water during the winter. Another such memorial is located at 6 Nepokoryonnykh Prospekt, where a plaque depicts a woman holding a child and a bucket. Here was a well that acted as one of the few sources of water after the pipes all stopped working. 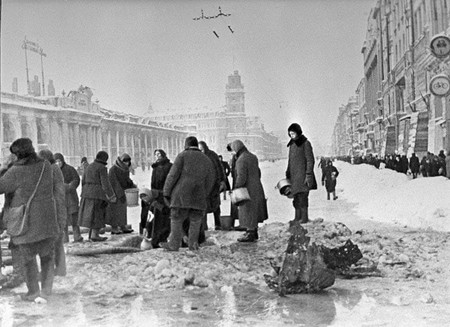 This lane runs from the train station Rzhevka to the city centre. It was an important land route as it delivered medicine, supplies and armaments to the besieged city. It was one of the only routes that had not been cut off by the approaching German army, and was vital to the city’s survival. The route runs for seven kilometres, with memorials along the whole way.

On house number 14 of Nevsky Avenue, there is still a blue sign that reads: “Citizens! During an air raid, this side of the street is more dangerous!” Underneath there is a plaque commemorating the heroism of the besieged citizens, and flowers are always present there, especially on Victory Day (9th May). There aren’t many such reminders around the city. In fact, as soon as the war was over, citizens wanted to remove anything that would bring back the memories of the siege time. But this sign right in the city centre was not washed off, to remind the next generations of the hardships the city has been through. 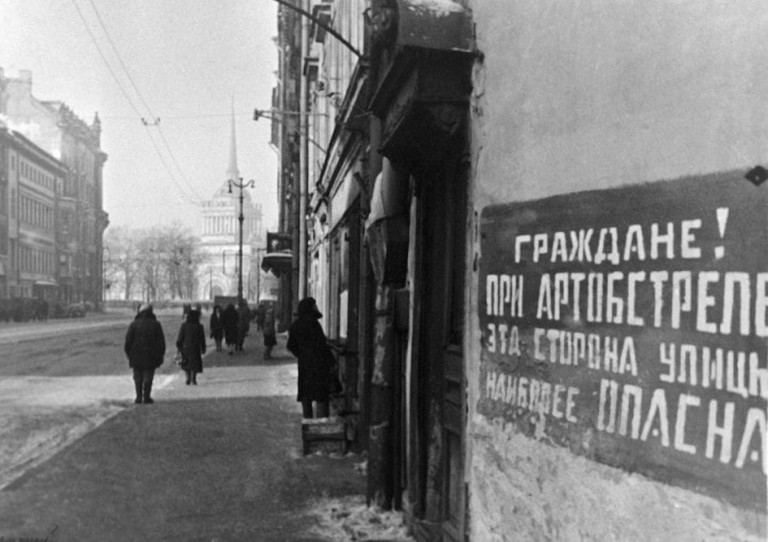 To lift morale during the Siege, it was important that the cultural life in the city did not stop. Although loudspeakers transmitted music and poetry, it was not the same as having entertainment right there, in the middle of the city. One of the most significant cultural moments happened in the Leningrad Philharmonic Hall on the 9th August, 1942. The Symphony no7 by Shostakovich, better known as the Leningrad Symphony, was performed by the starving members of the Leningrad Philharmonic Orchestra. It was transmitted all around the city by loudspeaker, and was even heard by the surrounding German troops, who until then though the city was dead and ready to surrender.

Located at 3 Fontanka Embankment is a plaque dedicated to the workers that continuously fought for the life of the substation. Electric substations are necessary for trams to operate around the city. Trams have also become a symbol of the Siege of Leningrad, as they were the only mode of transport that operated in the city for the whole 900 days. 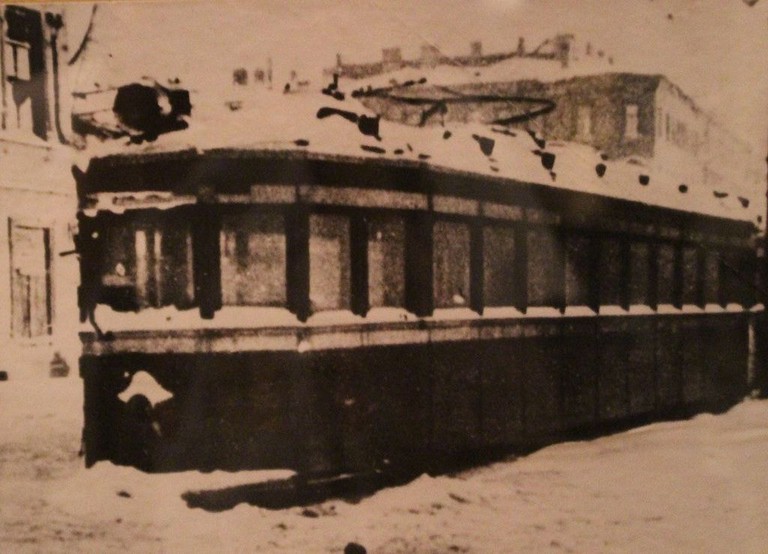 A tram during the siege | © Wikimedia Commons

Cemetery, Memorial
Facebook
Email
Twitter
Pinterest
Copy link
Share
Map View
Founded in 1939, during the war the Piskarevskoe Cemetery became a place of mass burial, housing those who died in the besieged city as well as soldiers fighting on the Leningrad front. Over the four years of war, almost half a million citizens of Leningrad were buried here. Now the cemetery is a memorial. To honour the memory of the victims of war, there is an eternal flame burning and a statue of a woman holding a wreath of oak leaves. Behind her is a plaque with a poem of wartime poet Olga Bergholtz.
Open In Google Maps
72 Prospekt Nepokoronnykh, Sankt-Peterburg, 195273, Russia
+78126802554
Visit Website
Give us feedback
Give us feedback