A Royal Easter Gift: The Story of Russia's Fabergé Eggs 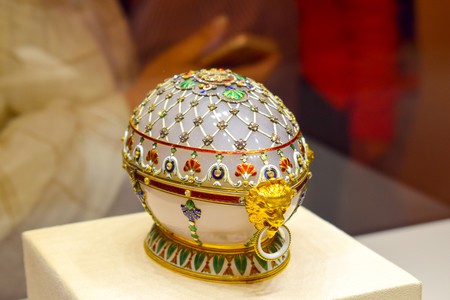 Prior to the Revolution and establishment of a Communist regime in Russia, religious celebrations were very important to the Russian people. Easter was celebrated more widely than it is in the present day, and the royal family, the Romanovs, even established a tradition of gifting each other eggs. Not just any ordinary eggs but intricately decorated, enamelled and jewel-encrusted works of art.

When the company was founded by Gustav Fabergé in 1842, the name was still unheard of. It was only when Gustav’s son, Karl, took over the firm did it rise to prominence. The company became involved in restoring objects for the Hermitage Museum and, as a result, was invited to participate in a Moscow Exhibition. There, luck was on Fabergé’s side, and their works were noticed by Emperor Alexander III; thus, the Fabergé workshop became associated with the Russian crown. The workshop grew and gradually employed over 500 people. Talented jewellers and craftsmen worked hard to design the many creations of the Fabergé brand, among which the most outstanding and memorable are, of course, the Fabergé eggs. 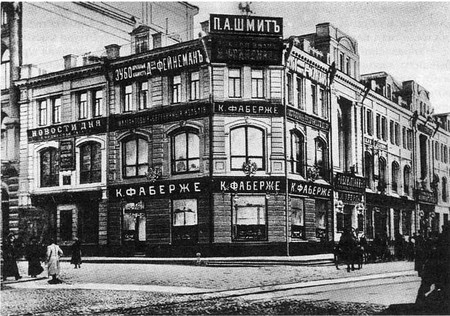 The start of the Easter egg tradition was initiated by Alexander III, who commissioned an Easter gift to be made for his wife. The first egg would later be known as the Hen Egg and was made shaped to look like a real egg but covered with enamel; it could be opened to reveal a yolk made of pure gold. Further inside, there were two surprises, a gold chicken and a miniature crown. The tradition caught on, and after the death of Alexander III, his son Nicholas II kept up the tradition, giving an Easter egg not only to his wife but also to his mother. These eggs usually held some sort of historical significance; for example, the golden Coronation Egg, containing a replica of their professional carriage inside, was presented by Nicholas to his wife on the anniversary of their coronation. Some eggs held historic significance, such as the Trans-Siberian Egg, which commemorated the railway built to run all across Russia. Every year, the design was unique and celebrated the individuality of the person receiving the gift. Traditionally, there was always a surprise hidden inside. 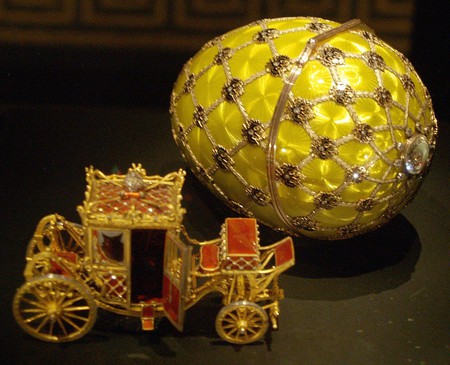 The fate of Fabergé eggs

Following the Revolution, the House of Fabergé saw a swift decline. Following the abdication of Emperor Nicholas II and the murder of his whole family, the entirety of the royal wealth came into the hands of the Communists. As a result, many Fabergé eggs were sold off overseas and were later retraced to private collections. Karl Fabergé had also shut down his company and moved to Europe where he died in 1920. Luckily, some Fabergé eggs have found their way home, and the collection is shared between Moscow and St Petersburg. The Armoury Museum of the Kremlin houses about ten Faberge eggs and in St Petersburg, the Fabergé Museum is home to a large Fabergé collection, which not only includes the Easter eggs but also other objects produced by the famous jewellers. 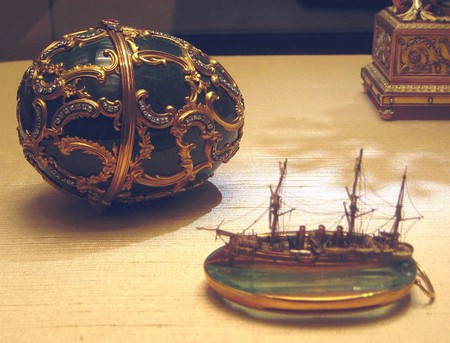 Memory of Azov Fabergé Egg | © shakko / WikiCommons
Give us feedback