A Guide to Visiting Lenin's Mausoleum 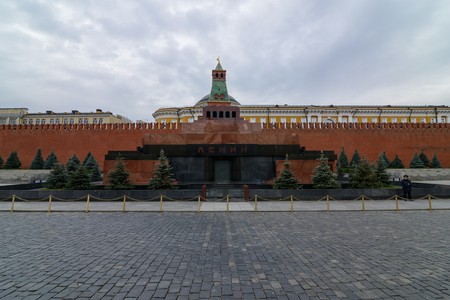 Located mere steps away from the Kremlin wall, Lenin’s Mausoleum (Lenin’s Tomb) is one of the most controversial yet popular of Moscow’s attractions. Every year around 2.5 million people visit the mausoleum to see the embalmed body of the legendary Russian revolutionary, Vladimir Lenin. So if you are planning to see this iconic attraction, here’s an ultimate guide for a stress-free visit.

Lenin’s tomb was opened to the public in August 1924. The building is 24 meters (78 ft) long and 12 meters (39 ft) high, inside there is a dimly-lit memorial hall with Lenin’s embalmed body in a glass sarcophagus. The mausoleum is surrounded by other significant attractions like the Kremlin, GUM department store and St Basil’s Cathedral. 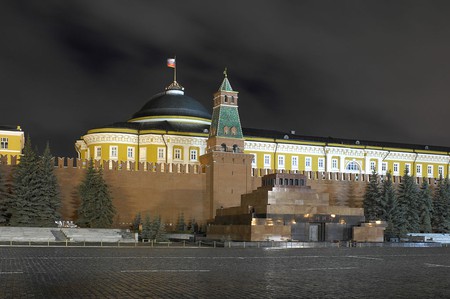 The mausoleum is open on Tuesdays, Wednesdays, Thursdays, and Saturdays from 10am to 1pm. But if you decide to visit the place on your own, rather than joining a tour group, be sure to check the schedule. The mausoleum is closed on public holidays and maintenance days.

You can get into the mausoleum through the security checkpoint in Nikolskaya Tower in the Alexander Garden. There will probably be a queue , but it won’t take too long. If you’re lucky you might get a chance to see the changing of the guard at the Tomb of the Unknown Solider, while you wait. 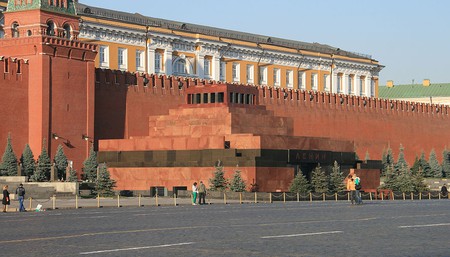 Admission is free for everyone, you’ll only need to pay if you have bags to check. Sometimes scammers trick inexperienced tourists into buying skip-the-line tickets, so if you get a similar offer, refuse – the entrance is free and only some tour groups are granted special admission.

For security reasons no metal objects (including phones and cameras), liquids or large bags are allowed in the mausoleum, so you’ll have to go through a metal detector and check any of those (there is a fee). Also be prepared for a very thorough body check. 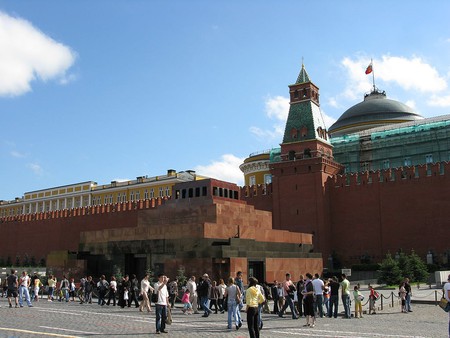 Taking photographs is strictly forbidden and security guards will make you check in you camera before letting you into the building. But if you still manage to have a camera with you, while inside the mausoleum, the mausoleum workers have the right to see the last shots and ask you to delete anything that breaks visiting rules.

While inside the building, you’ll be constantly moving in line with other visitors. don’t worry you’ll be moving very slowly and will get a good look at the father of bolsheviks, once your eyes have adjusted to darkness. According to the mausoleum rules, men cannot wear hats while visiting the building and everyone should take their hands out of their pockets.