A Guide to the Most Beautiful Green Spaces in Moscow 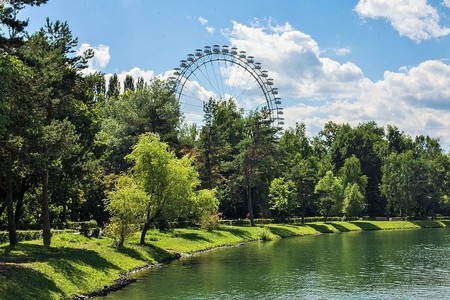 Home to more parks than any other city in Russia, Moscow offers a cornucopia of choice when it comes to green spaces. From innovative wild urbanism to 18th-century royal estates, here are the best places to escape from the city buzz in Russia’s capital.

Spread over a territory of almost 300 acres, Gorky Park is Moscow’s most popular green space. Opened in 1928, it was designed as ‘a city inside a city’ with its own telegraph, police unit and a doctor’s office. Some 90 years later, Gorky Park offers everything from segway rides to an open-air movie theatre, through to illuminating lectures and fantastic dining spots. 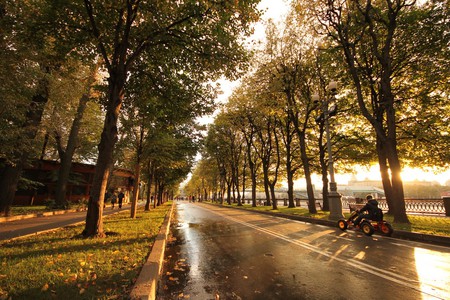 As the name implies, Muzeon is perfect for art lovers. The park plays host to art fairs, exhibitions, music festivals and video performances. But even if you don’t care for art, Muzeon has a lot to offer: from an elegant boardwalk to hip coffee shops to an in-ground fountain, where you can actually cool off in summer. 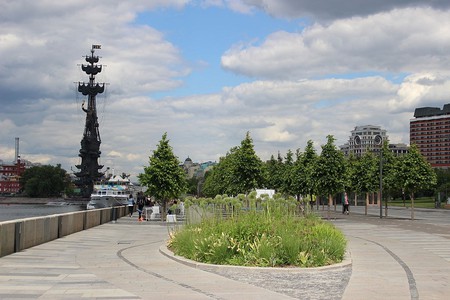 Opened in 1894, the Hermitage garden is a lovely compact park, nestled between high rise buildings in Moscow center. Home to theaters New Opera, Hermitage and Sphera, the garden is predictably crowded, with theatre-goers along with office workers from the business centres in Tverskaya – all flock here for a green respite.

An open-air cinema, a rope course, amusement park, bike rentals and more – Sokolniki is 1,275 acres of fun. In winter the whole park turns into one of Moscow’s most famous skating rinks. Sokolniki gradually blends into Losiny Ostrov National Park – the world’s third largest forest in a city.

Moscow’s biggest park, Izmailovsky stretches for almost 3,800 acres. Particularly favored by hikers and cyclists, the forest-like park is a popular family spot, equipped with a ferris wheel, outdoor gyms and all kinds of places to eat. 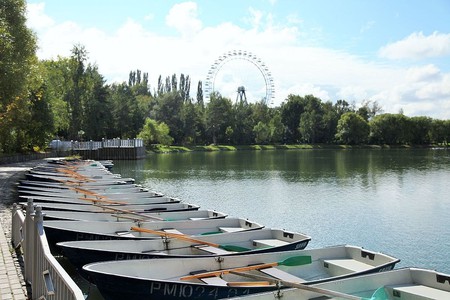 Tsaritsyno estate is a perfectly reconstructed specimen of 18th century architecture set amid a lush green forested area. The only park in Moscow that boasts a light and music fountain, Tsaritsyno draws crowds with spectacular night water shows. 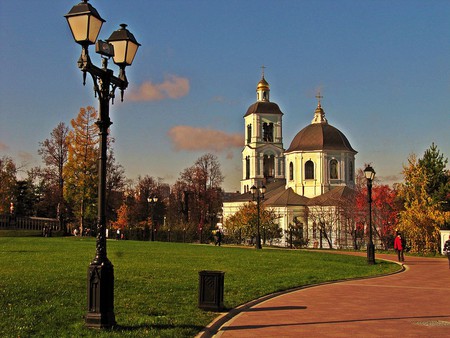 Despite a rather remote location, this park is definitely worth a visit. A half-a-century old apple garden, serene views on Khimkinskoye reservoir and a dry-docked submarine housing a Museum of Submarine Navy will definitely make up for the ride from the city centre. 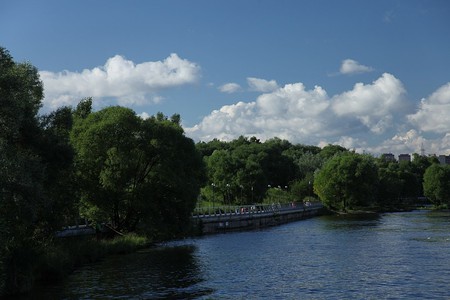 Kolomenskoye Park is not merely a tranquil green space, but a celebrated museum reserve, where nature and historically significant architecture blend together. Here you can see one of Moscow’s oldest churches Church of the Ascension and a former residence of the Tsar Aleksey Mikhailovich Romanov, the father of Peter the Great. It’s also perfect for romantic walks along the Moskva river. 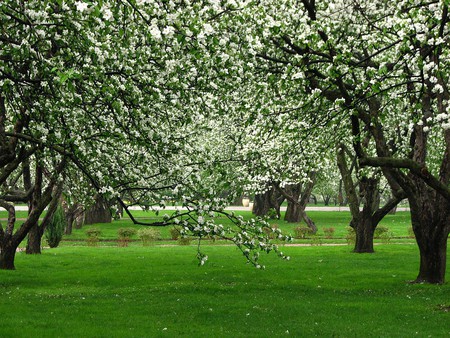 In this park you’re guaranteed to encounter some ducks, woodpeckers, squirrels, hares and urban wildlife. The park is also famous for its beautiful boardwalk, open-air cinema, ropes course Panda Park, gallery of retro cars and a variety of places to eat. 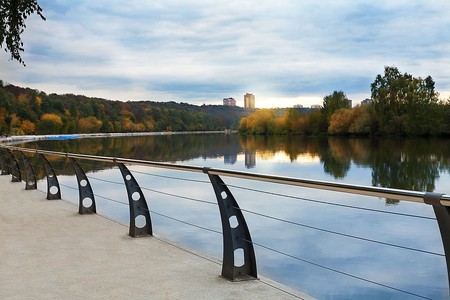 The former estate of the Sheremetev family, Kuskovo is a fascinating piece of 18th-century Russia. Home to 20 unique architectural monuments, it is Moscow’s only historical park with a French formal garden, decorated with green walkways, marble statue and state-of-the art pavilions. 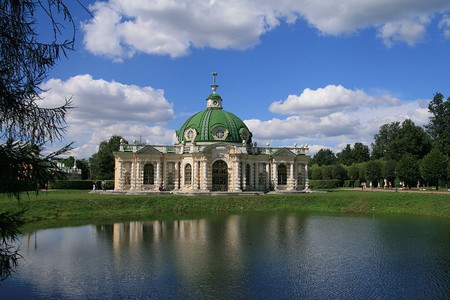 Moscow’s first large-scale park in 50 years, Zaryadye opened its doors to the public in 2017. Designed by an international consortium, the 35-acre park brought ‘wild urbanism’ right to the Kremlin walls, sampling the country’s distinct regional landscapes: steppes, tundra, wetlands and forests. The park’s major draws are the 70-meter (230-feet)-high ‘floating’ bridge over the Moskva River, an amphitheater, five pavilions, and a philharmonic concert hall. 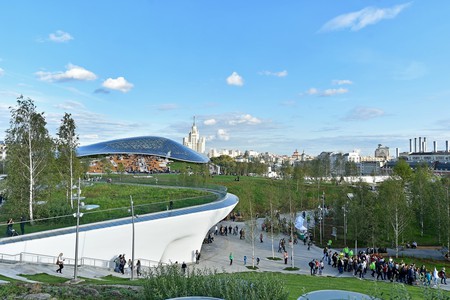 Park Zaryadye in Moscow | © Government of Moscow Press centre / Mos.ru
Give us feedback