A Guide To Moscow's Trendiest Neighborhoods 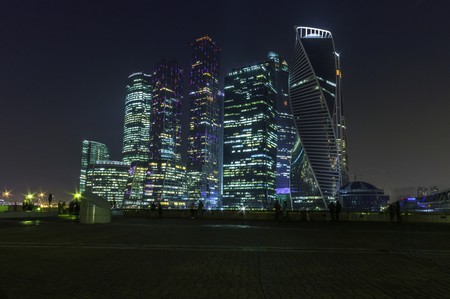 In 2017, much of the charm of Pushkin’s Moscow can only be found in books. During the Soviet Union, architects and artists under strict orders from the government built over the gilt and gleam of the Tzars, creating structures to accommodate the needs of a rapidly urbanizing country. Soviet city planning, in its own way, is a masterpiece of uniformity. But that doesn’t mean you won’t find anything unique about Moscow– you definitely will. Below is a guide to Moscow’s trendiest neighborhoods.

In Russian, the name means Chinatown; but you’ll be hard pressed to find anything Chinese about this neighborhood. ‘Kitay’ used to mean ‘weaving’ in medieval Russian, which might explain the rather chaotic layout of the area. For over 400 years, this neighborhood near the Kremlin has offered a colorful cross section of Russian society— immigrants, artists, gamblers and wanderers. With its winding streets, Kitay-Gorod rejects conformity. Squatters inhabit run-down mansions; artists have their studios in old monasteries and factories. The neighborhood is also famous for its nightlife with clubs and bars. 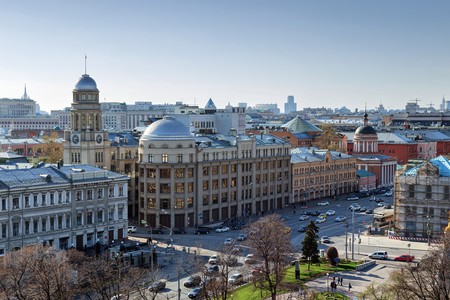 Zamoskvorechye, meaning “behind the Moscow river,” offers a blend of old and new Moscow. Sections of the main street are for pedestrians only, which has brought hip new businesses, restaurants and cafes to a part of the city that a tourist probably wouldn’t visit otherwise. City planners are now thinking of turning the neighborhood into a test model “smart city” by revamping the infrastructure, adding bike stations, new types of signs and other firsts for Moscow. 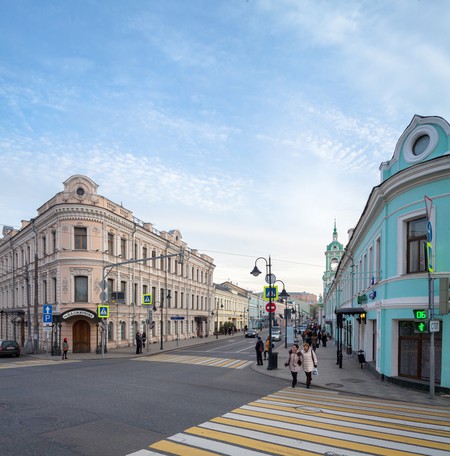 This neighborhood is sometimes called Moscow’s Meatpacking District. Until the late 19th century, Khamovniki was one of the city’s quietest neighborhoods and Leo Tolstoy even had his Moscow home there. But the quietude didn’t last. Like much of Russia during Soviet times, Khamovniki became saturated with textile and brick factories. Fortunately, the spirit of the area outlived Soviet industrialization, and its empty warehouses now house advertising and tech companies like Leo Burnett and Yandex. With so many young professionals in the area, there are some of Moscow’s trendiest cafes, bars and restaurants. 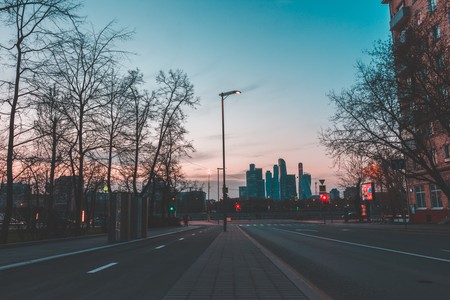 A short walk from Tverskaya Street, one of the busiest roads in Moscow, you can a neighborhood without the architectural headaches that characterize much of Russia. Patriarch Ponds has long been a hub of Moscow’s intelligentsia. Mikhail Bulgakov and Maksim Gorky lived there, and with its narrow streets around a picturesque pond, it’s easy to see why. Patriarch Ponds is a also must for foodies. You can find all types of cuisine here, from French to Finnish. Unlike the many restaurant chains found throughout the rest of Moscow, independent chefs like the Berezutsky brothers run the eateries in Patriarch Ponds’. 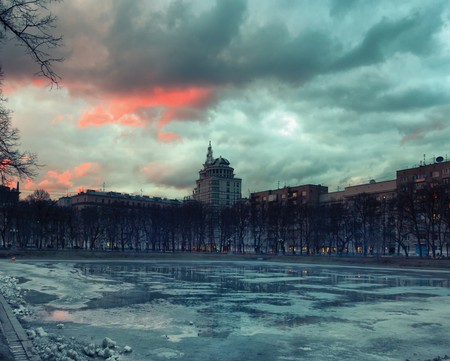 You wouldn’t know it from the drunks and dirt of nearby Kursky railway station, but Vin Zavod– sometimes referred to as Artplay– is one of the coolest parts of Moscow. Vin Zavod means “wine factory” in Russian, and the neighborhood is just that. The huge factories which once churned out wine and other products in the Soviet days are now art galleries, theaters, cafes and book stores. Sergey Kuznetsov, Moscow’s principal architect, wants to take Vin Zavod even further and add miles of bicycle lanes and parking for electric cars. In European cities, Kuznetsov’s idea probably wouldn’t make news; but for Russia, it’s huge. 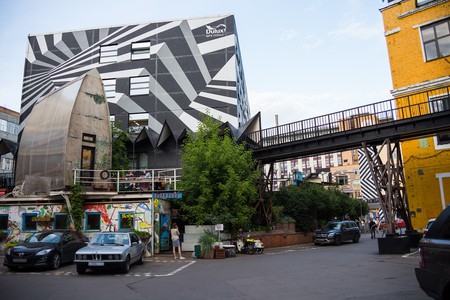 ZIL is the essence of the Soviet Union crammed into 2 million square meters. The 1960s-era factory complex takes up an entire part of southern Moscow which produced cars, military equipment and other heavy machinery until very recently. Early in his tenure as Moscow mayor, Sergey Sobyanin vowed to transform the defunct ZIL into something more altruistic– and he did it. Buildings within the complex now house an experimental theatre collective and Rambler-Afisha, a rapidly expanding media company. 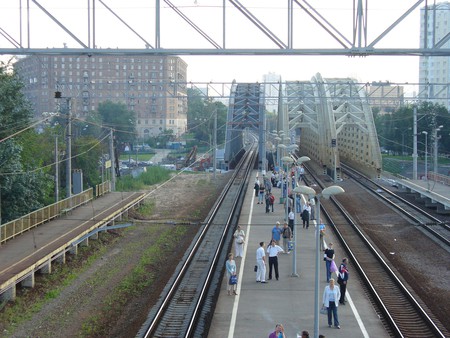 Waiting for the train at ZIL | © Artem Svetlov
Give us feedback