A Guide to Hiking Around the Urals 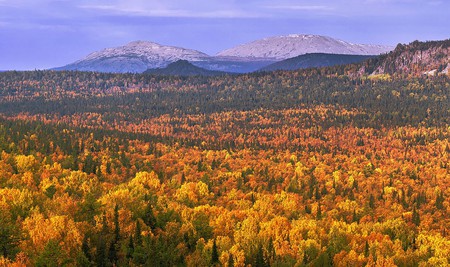 Russia evokes a fixed set of associations: Moscow and the Red Square, Lenin’s Mausoleum and the Soviet legacy, and St. Petersburg, golden domes and remnants of the tsarist splendour. The country, however, stretching from the Baltic Sea in the west to the furthest outskirts of Asia in the east, has infinitely more to offer. The Ural Mountains are one of such hidden gems. Here is a guide to hiking around the Urals.

The Ural Mountains stretch between the East European and West Siberian Plains and are a conventional border between Europe and Asia. From the Polar Urals in the north to the Southern Urals touching on Kazakhstan, they have a lot to offer to a traveller in search of long hikes and contact with nature. Each part of this extremely beautiful mountain range has something unique to offer, and each is most certainly worth seeing.

The Southern Urals are the mildest and the widest part of the Urals. They stretch from the Ural River valley to the Ufa River valley. The area is fairly densely populated and has a well-developed infrastructure (tourist and otherwise). There are multiple hiking routes here, something to fit all tastes and preparation levels. More information about all the hiking trails in the Southern Urals can be found here (in Russian).

Taganai National Park encompasses a wide variety of very different mountaintops, as well as the biggest placer deposit river in the world. The park has a well-developed tourist infrastructure, including a few B&Bs, hence a no-camping multiple-day trip is possible. An interactive map of all of the Parks’ attractions can be found here, and the description of all the routes here (in Russian). 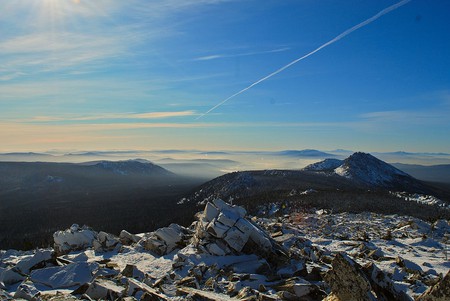 This is another national park in the southern Urals. It encompasses Zyuratkul Lake, which, at 724 meters above sea level, is the highest placed body of water in the Urals. The park’s hiking trails can be found on an interactive map here, along with more detailed information about the park’s main attractions (in Russian). A few bed and breakfasts can be found here, but camping might prove necessary on longer trips. 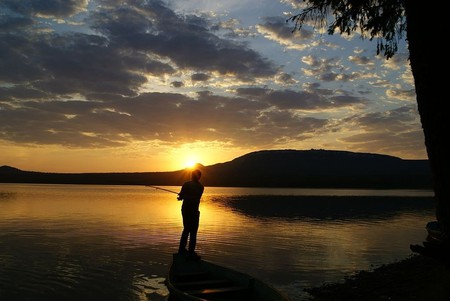 Middle Urals are the lowest and the most narrow in the whole mountain range. The region has always been very important economically because of its large salt and mineral reserves. The infrastructure, centred around the cities of Perm and Yekaterinburg, is fairly well-developed here as well.

One of the more popular trails in the Middle Urals. Konzhakovskiy Kamen is a mountain with a few peaks, each of them giving a wonderful view of the surrounding areas. Most travellers plan a multi-day hike here, camping on the way. The trail starts at Karymsk-Kytyn Road and is about 21 km long.

Another of the popular mountains in this part of the range, several significant rivers take their origin there. The view of the surrounding areas is breathtaking and most certainly worth the hike. The trail starts at Krasnovishevsk – Volynka Road. The mountain is visible right from it. The hike is not overly demanding: the trail is 6km long, and the mountain is 780m high. 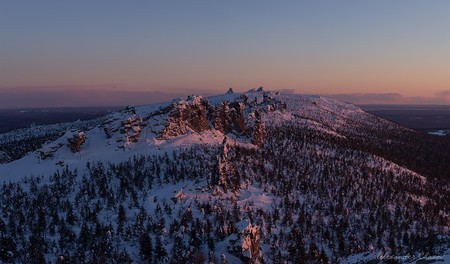 Two of the more popular tourist destinations in the northern Urals, Pechora-Ilych Nature Reserve and Yugyd Va National Park are located in the Komi Republic. A completely industry-free area, it is listed as a UNESCO World Heritage Site. The trails in Denezhnyi Kamen can be found here, the description of Yugyd Va’s trails (in Russian) – here. 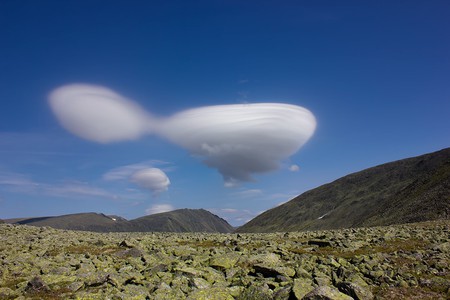 This is the highest and most demanding area of the range. As the infrastructure is not very well-developed, it is a place for the adventurous and experienced hikers.

Mount Narodnaya is the highest mountain of the range, reaching 1895 meters above sea level. To get there, you need to get to the train station in Verkhnaya Ikhta in the Komi Republic. There you need to register at the Yugyd Va National Park office and get to Inta by bus, and then find a ride to the trail itself. Going down the Balbanyu River (about 15 km), you’ll get to the mountain itself.

Located 15 km west of Narodnaya, Manaraga is considered to be one of the most beautiful mountains in the range. At 1820 meters above sea level, it is not much lower than Narodnaya. The trail is a couple of dozens of kilometers long. To get to its starting point, you’ll need to get a ride from the villages of Inta or Pechora. 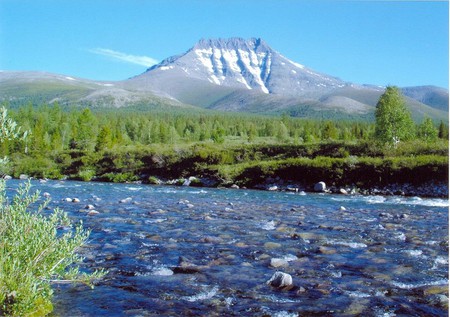 The Urals stretch even further north, all the way to the Arctic Circle. The Polar Urals, however, are virtually uninhabited, with a very harsh climate and no infrastructure. With summer lasting only from July to August, hiking there is almost impossible. Nonetheless, the other parts of the range provide a rich and diverse hiking landscape at which is very much worth spending time if you happen to find yourself in the region.