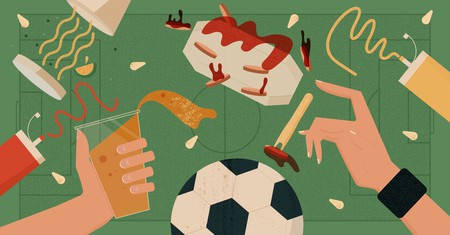 Football fans are used to chowing down on burger and fries at matches, but this summer at the Russia World Cup they’ll get their teeth into fish-filled pastries.

Kulebyaka, which are hearty, hand-formed pies that include salmon or sturgeon, rice, hard-boiled eggs, onions and dill, will be the standard food on sale at the World Cup for a mere £1.25 (103₽). As fans ready their stomachs for Russia, Culture Trip rounds up the snacks that football supporters around the world eat while they’re watching the game. 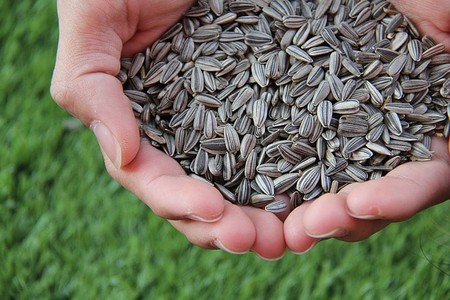 Sunflower seeds are a national passion in Russia. The snacks, called semechki, grew in popularity after sunflowers became a crucial crop in the 1800s. The Russian Orthodox Church had rules on foods allowed during Lent, including butter and lard, and when it was discovered that sunflower oil wasn’t on the list of prohibited foods, it was enthusiastically adopted on a widespread basis. While the seeds can sometimes have a reputation as being a snack frequently eaten by gopniks, a slang term for young lower-class youths in Russia, the cheap, nutritious food is enjoyed by many.

Jeff Owings, a 34-year-old British expat who’s lived in Russia for 10 years, explained the national love for sunflower seeds at football matches. He attends matches religiously and always eats seeds while he’s there. ‘Not only are they delicious, they’re the perfect thing to mindlessly munch during a match,’ he said. ‘Often your neighbour will offer you a handful from their bag of seeds. They’re not messy and are easy to eat, nothing like a hot dog which will inevitably lead to mustard down your shirt. When you leave a match, your shoes crunch through the shells on the floor – that’s how ubiquitous they are.’

The seeds are fried and salted in their shells. Seed-eaters put the whole seed, shell and all, into their mouths before breaking the shells with their teeth, spitting them out and chewing the kernel. 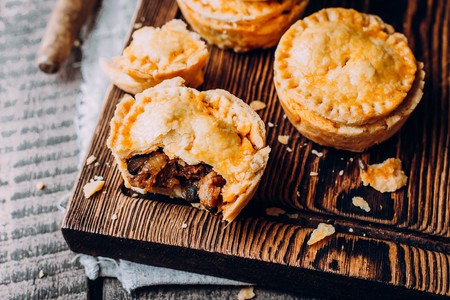 Enthusiasm for eating pies at British football matches has meant that fans have gone so far as to include them in their chants. Players who look a little chubby can expect to hear ‘who ate all the pies?’ yelled from the stands.

The frequent cold, wet weather means that fans also crave something warm and nourishing to sustain them through matches. This sustenance comes in the form of Bovril. Defined as a ‘meat extract’, Bovril is mixed with hot water to create a warming, savoury drink that tastes like a mild beef stock, and it’s just the thing to wash down a steak pie as you cheer on your team.

The Flemish speciality of chips with mayonnaise, called frites mayonnaise on the streets of Belgium, is enthusiastically enjoyed during football matches. It’s no surprise, therefore, that the average Belgian citizen consumes an impressive 75kg of fried potatoes every year. A singular potato variety, bintje, and double frying in beef fat helps to make the frites a simple snack, but an important one. They are served salted in a paper cone, with the generous dollop of mayonnaise on top reminiscent of a soft-serve ice cream.

At the Brazilian World Cup in 2014, one of the most interesting dishes on sale was feijão tropeiro. A traditional dish that translates as ‘cattleman’s beans’, it contains pinto beans simmered with bacon, garlic, onion, collard greens and eggs. The snack was well received by fans, and showed a side of Brazil to international football fans that they might not otherwise have seen. 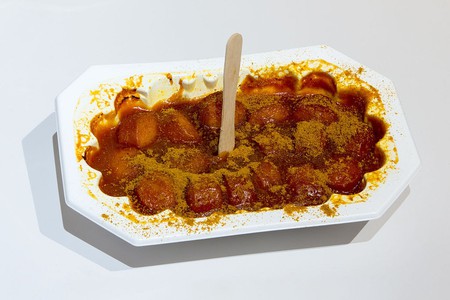 Pretzels, or brezels as they are locally known, are common snacks at German football stadiums. Neat to eat and easy to hold in one hand, the flavour of the salty, doughy goodness is wonderfully complimented by the malty taste of German beer such as Beck’s or Krombacher. Currywurst, that eponymous German snack, is also a well-loved choice. It consists of steamed, fried and sliced pork sausage, served with piquant ketchup and a tiny wooden fork to avoid messy hands. Spicy and sweet, it’s a perfect nutrient-dense choice for hungry football fans.

In Japan, you can expect your mid-match thirst to be quenched without leaving your seat to queue for a drink. Men and women with backpacks of beer on their backs roam the stands, ready to pour you a beer without you having to take your eyes off the game. If you’re hungry, you can grab some takoyaki. These spherical deep-fried snacks are made from batter, chopped octopus, onions and pickled ginger.

Instant noodles served with lime and chilli are the snack of choice at Mexican football games. Vendors carrying the noodle pots, called sopas, on large trays. Each pot is topped with a lime wedge. When a fan buys a pot, the vendor adds hot water to the dried noodles and offers them a giant bottle of chilli sauce to season the dish as they please. 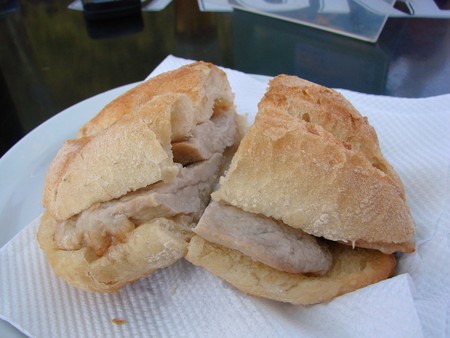 Meat sandwiches are the order of the day in Portugal. Bifanas, a grilled pork sandwich with a dressing of wine, garlic, paprika, pepper and olive oil, or couratos, a sandwich of crispy pork rind, are especially popular. Pork is regarded as the staple meat of Portugal and the country even has a museum dedicated to it, so it’s unsurprising that these sandwiches are favoured.

Like Russia, Spain is a country that values its sunflower seeds. The amount punters get through is even annoying at times, with drifts of shells left behind on the ground after matches. Some supporters like to bring a bocadillo, a baguette split lengthways and stuffed with chorizo, ham, tuna, cheese or omelette. They’re great as a meal on the go and fans wrap them in tinfoil to bring them to a match.

Forget meatballs – it’s hot dogs which are Swedish football’s culinary obsession. The country takes its dogs seriously. German migrant workers introduced Sweden to the sausage by selling them on the street in the 17th century, and there’s still a healthy tradition of enjoying a korv (sausage) as a quick, easy snack. There’s even a hit song, ‘Varm Korv Boogie’ (‘Hot Dog Boogie’) by Owe Thörnqvist, dedicated to the tradition. While you can order them with traditional toppings such as onion and mustard, the ultimate expression of Swedishness is to get a tunnbrödsrulle, which consists of a buttered flatbread stuffed to bursting with a hot dog, mashed potato, shrimp salad, fried and raw onion, and mayonnaise.