A Gallery of Constructivist Film Posters 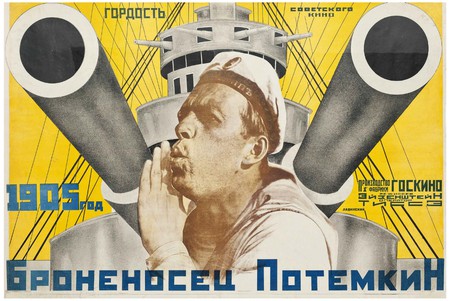 With their bold colors, geometric shapes and distinct typography, constructivist film posters emerged as a new art form in the young Soviet country, ravaged by revolution and subsequent civil-war. Here are the iconic works from the golden age of Soviet film poster design. 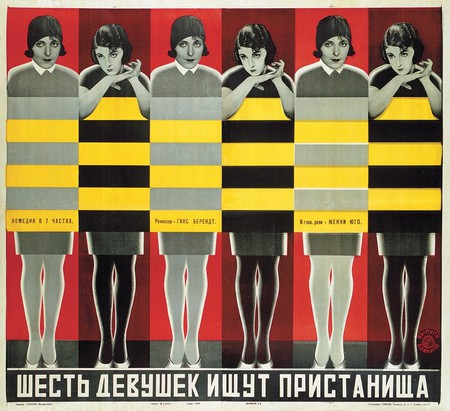 The leader of the Russian revolution, Vladimir Lenin said: “Of all the arts for us, cinema is the most important”, which inevitably put film poster designers under a lot of pressure. Adhering to such tight deadlines meant that designers would often watch a film at 3PM and be required to submit a poster by the following morning. 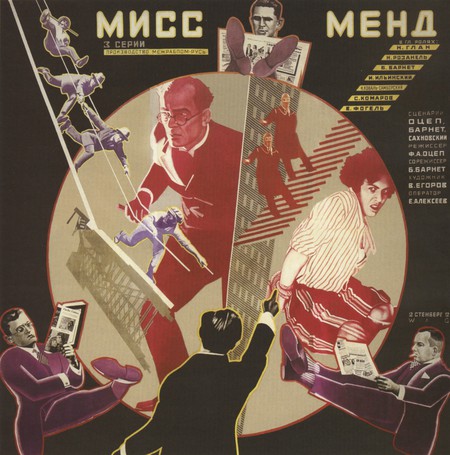 The 1920’s and the beginning of 1930’s was the most important period in Soviet film poster history. At the time “Sovkino”, a government-owned production company, had an entire department dedicated to film poster design; employing famous artists from the Stroganov School of Applied Arts. 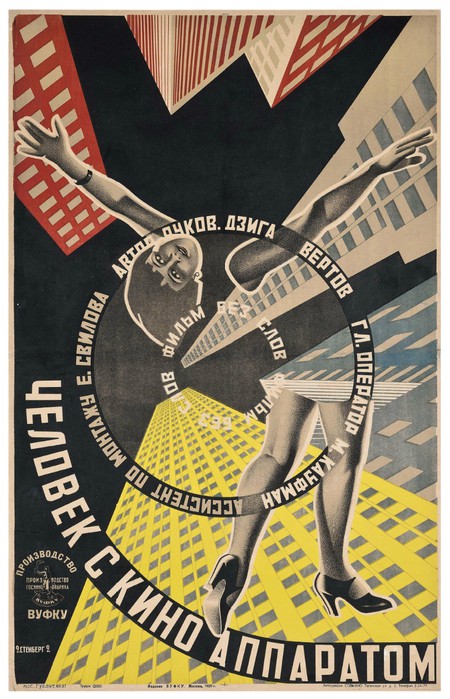 Poster for 'Man with a Movie Camera,' directed by Dziga Vertov, 1929 | © | Georgy and Vladimir Stenberg

When you see the tongue-in-cheek signature: 2Стенберг2 ( translating as 2Stenberg2) on a Soviet film poster, you may be aware that it was created by the Stenberg brothers, probably the most famous designer duo in Soviet Russia. Georgii and Vladimir Stenberg designed over 300 movie posters together, many of which are now considered classics. 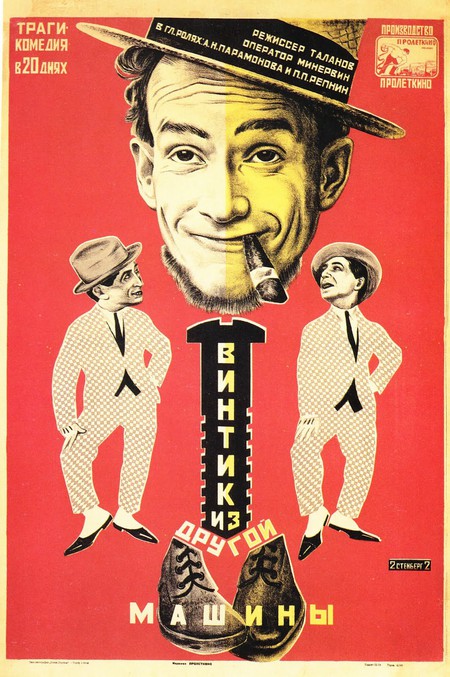 Poster for 'The screw from another machine',directed by Aleksandr Talanov, 1926 | © |Georgy and Vladimir Stenberg

In many ways the Stenberg brothers were ahead of their time. The designers used their knowledge of lithographic printing and their individual knowledge to mitigate the poor quality of early 20th-century printing. The talented duo said: “ We treat the materials the way we want to: play with shapes and proportions, and do whatever it takes to get the attention of a passer-by in a hurry.” 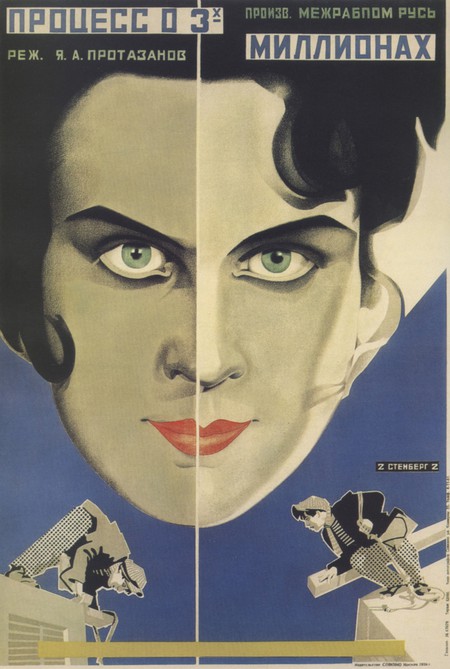 Since Soviet film industry was in ruins after the revolution, most of the early work from the Stenberg brothers involved posters for American and German movies, which had an impact on the style of their artwork. 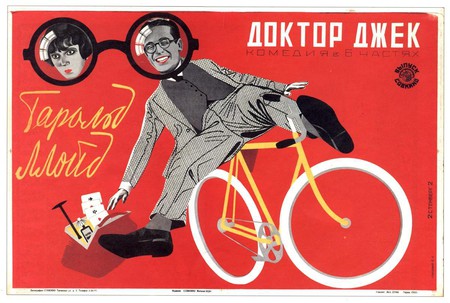 However, in designs for Soviet movies such as the legendary “Battleship Potemkin”, their signature constructivist features are instantly recognisable. 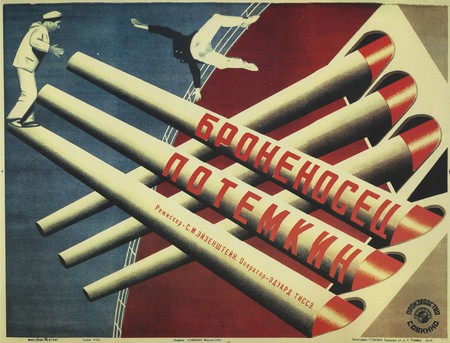 Alexandr Rodchenko, the legend of constructivism, also made several famous film posters. A visionary designer, photographer and artist, he had a major influence on the traditions of Soviet film posters, unlike any other. 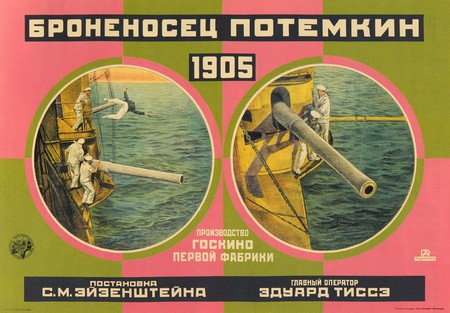 Other designers of the era were also involved in creating this new atmosphere of hope and prosperity, including masterminds Sergey Eizenshtein, Dziga Vertov and Alexander Dovzhenko. 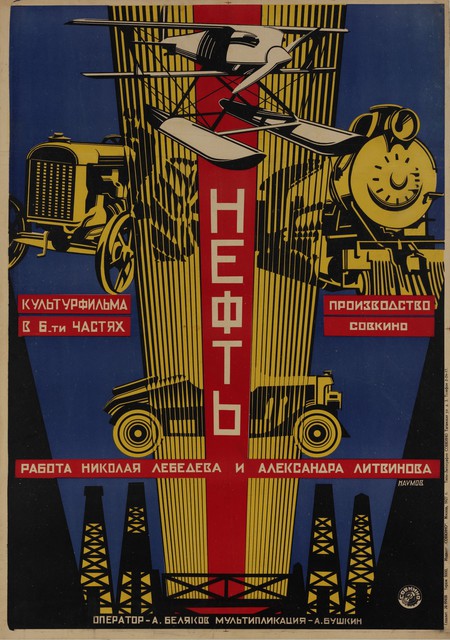 Avant-garde artists were boldly breaking the rules of their genre by ditching the obligatory portraits of individuals, probably in part because they felt uninspired, perhaps bored of drawing the same faces over and over. Another key feature that impacted the film poster genre in Soviet Russia was constructivist typography. 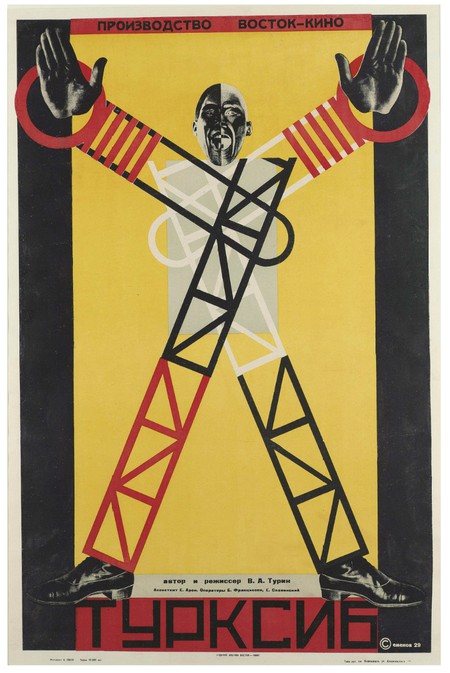 Proportion and distortion, short focal distance and original lighting – designers borrowed composition techniques from the movies they were watching. 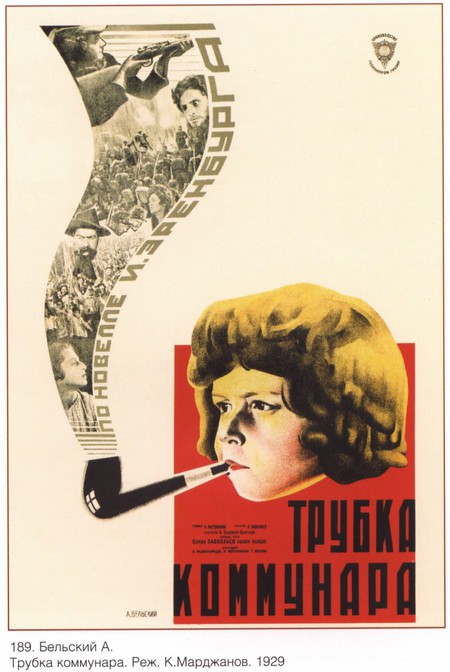 At the time of black and white movies, it was up to the film poster designers to choose the color palette to portray the film. They were not afraid of color, often opting for strong hues of reds, blacks and yellows. 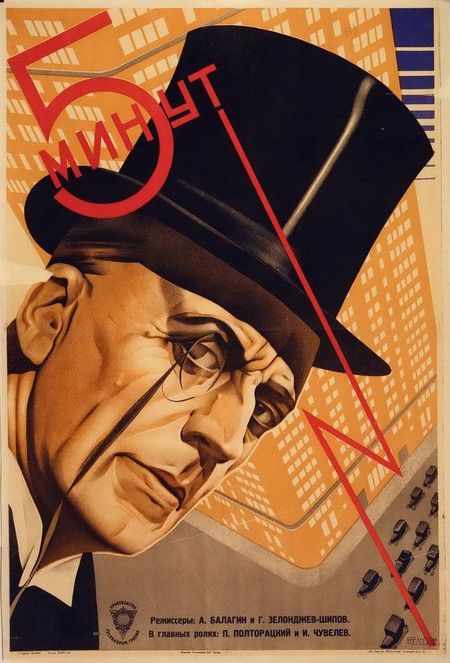 It was indeed a golden era, which defined the future of the genre in Soviet Russia and abroad; where traditions of constructivism were adopted by many international designers and artists.