A First-Time Visitor's Guide to the Russian Banya

Banya is a quintessentially Russian experience that’s simply unmissable for fans of authentic travel. Part of Russian life since the 12th century, they’re about much more than just basic hygiene: they have a rich history, peculiar traditions and even specialized vocabulary. Here’s everything you need to know.

Russian bathhouses have been around for centuries – the first banya mention, found in the medieval Russian text the Chronicle of 1113, belongs to the Apostle Andrew himself: “I saw the land of the Slavs, and while I was among them, I noticed their wooden bathhouses. They warm themselves to extreme heat, then undress, and after anointing themselves with tallow, take young reeds and lash their bodies.” Ever since, banyas have been credited with keeping Russians clean and healthy – thanks to the medicinal qualities of heat and steam.

In rural Russia basically every household used to have a private banya, where an entire family would bathe once a week. City inhabitants had to resort to regular visits to public bathhouses,  which earned an unprecedented degree of popularity during the communist era, since many people lived in communal flats with just as much as a shared sink.

Today there is a dizzying variety of banyas to choose from, including traditional standalone wooden huts along with stone mansions with palace-like interiors. 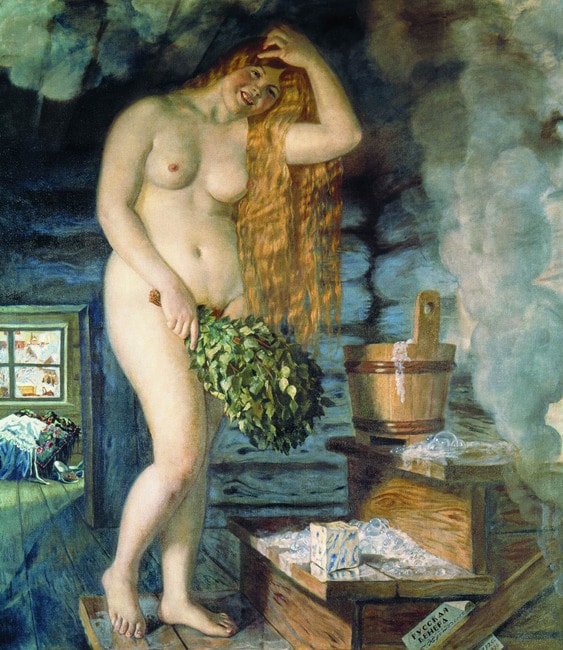 While often compared to saunas, banyas are completely different from all their foreign cousins, where the air is hot and dry. It’s the high levels of humidity that make the Russian banya experience so special – the fine, moist, transparent and easy to breath vapor makes staying in a heated steam room surprisingly enjoyable.

Russian banya is all about steaming (aka ‘parenie‘) and flogging with a bunch of birch tree twigs (‘venik‘) – these procedures have the most beneficial effect on health and body. But before that you’re supposed to fully undress, soak your venik in hot water and take a shower. Then you move to the steam room (the ‘parilka‘) and lay on a shelf, waiting for sweat to start beading all over your body. When the heat becomes hard to bear, you can leave the steam room to cool off – it’s better to take several trips to the steam room and back before using a venik.

Once you’ve warmed up, you’ll need some assistance to get properly flogged with veniks, which measurably improves blood circulation and releases toxins. To finish properly, you should take a 20-degree shower, dive in a cold pool, or jump into a snow pile – as frightening as it may sound, you’ll feel light and rejuvenated by the end.

As mentioned before, bathers change out of their clothes, wrap themselves in a towel or sheet and put on funny-looking felt hats to protect the head and ears from the superheated steam. Russians then choose a venik according to their health needs: birch ones happen to be the most common and help relieve muscle aches and joint strains; an oak venik moisturizes oily skin; lime tree twigs cure headaches; fir branches improve blood circulation, while eucalyptus venik is great for sore throats. You’ll hear people ask “poddat’ paru”, meaning to make the parilka room even steamier, and wish each other “s legkim parom”, which can be translated as “enjoy your steam”. 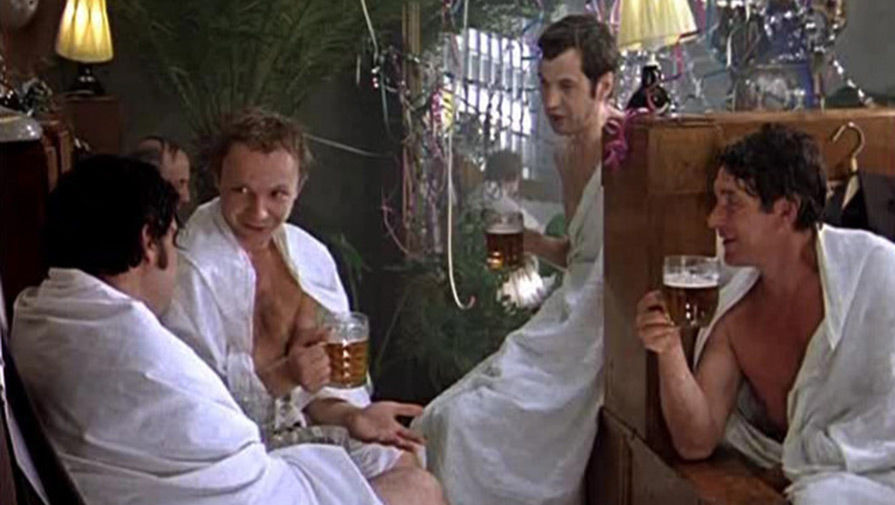 Over the course of history the banya penetrated Russian culture on many levels, having been affectionately mentioned by Pushkin, Tolstoy, Dostoyevsky and Сhekhov, whose short story, In the Banya, is a guidebook of banya stereotypes. Soviet writer Mikhail Zoshchenko authored Scenes from the Bathhouse, which is a satire on Communist life told through the prism of banya observations, while every New Year’s Eve Russians traditionally watch Irony of Fate – a festive comedy about a banya trip gone wrong.