A Brief History of the Bolshoi Theatre

One of Moscow’s most symbolic attractions, the Bolshoi Theatre is known to everyone who has ever seen a hundred rouble banknote. Repeatedly hit by fire, the theatre has been rebuilt many times and survived several regime changes, but is still considered one of the greatest and oldest ballet and opera companies in the world.

In March 1776 Prince Pyotr Urusov was granted permission by Empress Catherine II herself, to open a public theatre in Moscow. Unfortunately the newly built edifice burnt down and the project was handed over to Michael Maddox, a mathematician, tightrope-walker and theatrical entrepreneur, who built a theatre all over again on Petrovka street. The new theatre, named Petrovsky after the street it was standing on, opened its doors in 1780 with both professional and serf actors listed in its troupe.

From hand to hand

Although the construction was successfully finished, Michael Maddox exceeded the budget by 50 thousand roubles and couldn’t get out of debt, so the board of trustees assigned Prince Volkonsky (known for his serf theatre troupe), to manage the theatre. After the building on Petrovka was hit by fire in 1805, Italian-born Russian architect Carlo Rossi erected a new wooden building on Arbatskaya Square, which was then destroyed by the great fire of Moscow in 1812 .

Postcard with an image of the Bolshoi Theatre, before 1917‎| © Wikimedia Commons

After the Patriotic War of 1812, another Italian-Russian architect Joseph Bove was chosen to oversee the theatre reconstruction. The architect used the only remaining wall of the Maddox’s theatre to raise the 37 meter tall building we know today. In 1824 the phoenix theatre was opened with the allegorical performance “Triumph of the Muses” starring the legend of Russian Romanticism – Pavel Mochalov. 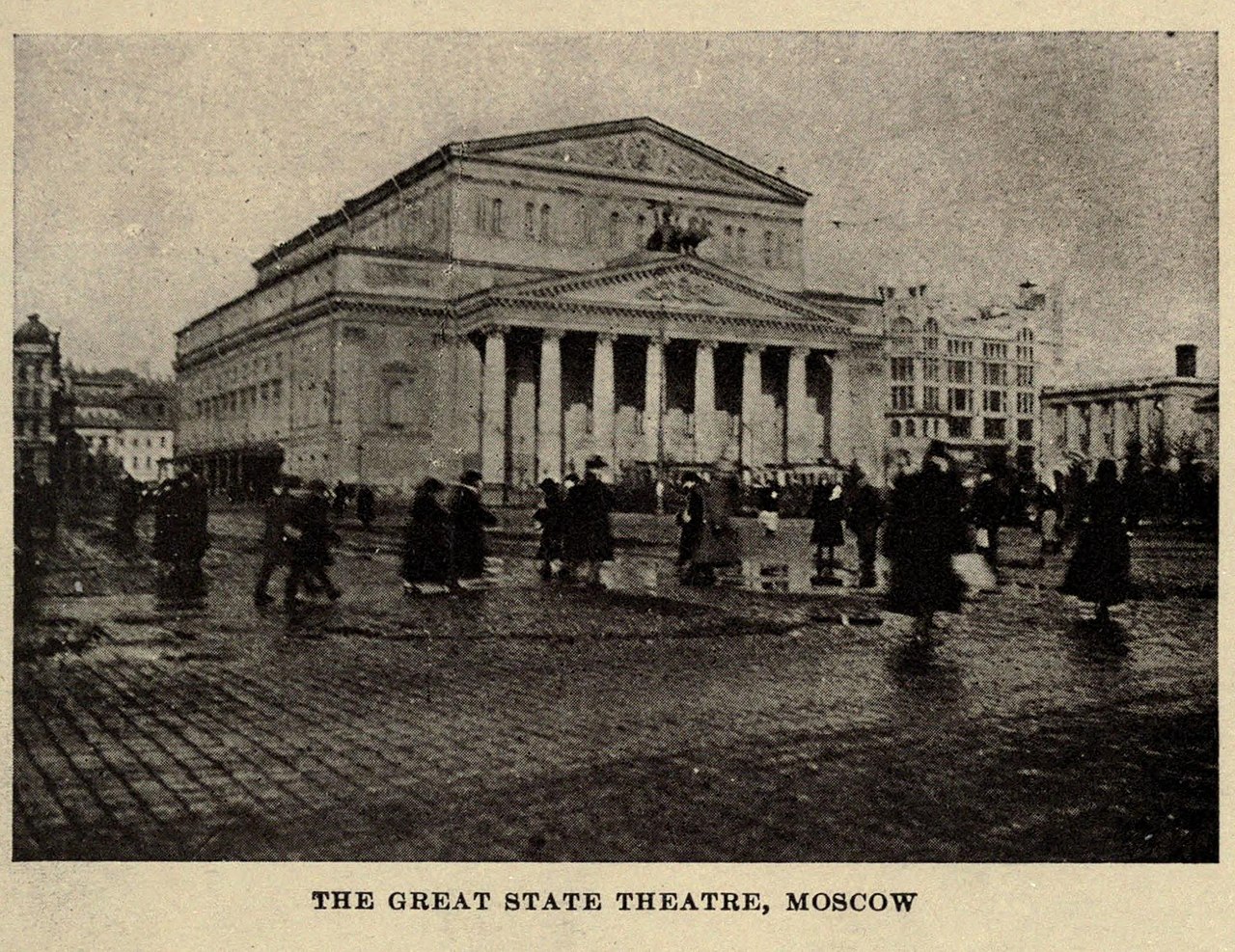 Gradually there were more opera and ballet performances included on the theatre repertoire list and less dramatic ones. The theatre hosted many historic premieres including  “A Life for the Tsar” in 1842 – arguably the most important opera in history of Russian theatre, and “Ruslan and Ludmila”. Sadly a massive fire broke out in 1853 and ruined the building completely, the theatre had to be closed for a three-year-long overhaul, only to open its doors to the public, refurbished and renovated as as the Bolshoi Theatre, right in time for the coronation of Tsar Alexander II. 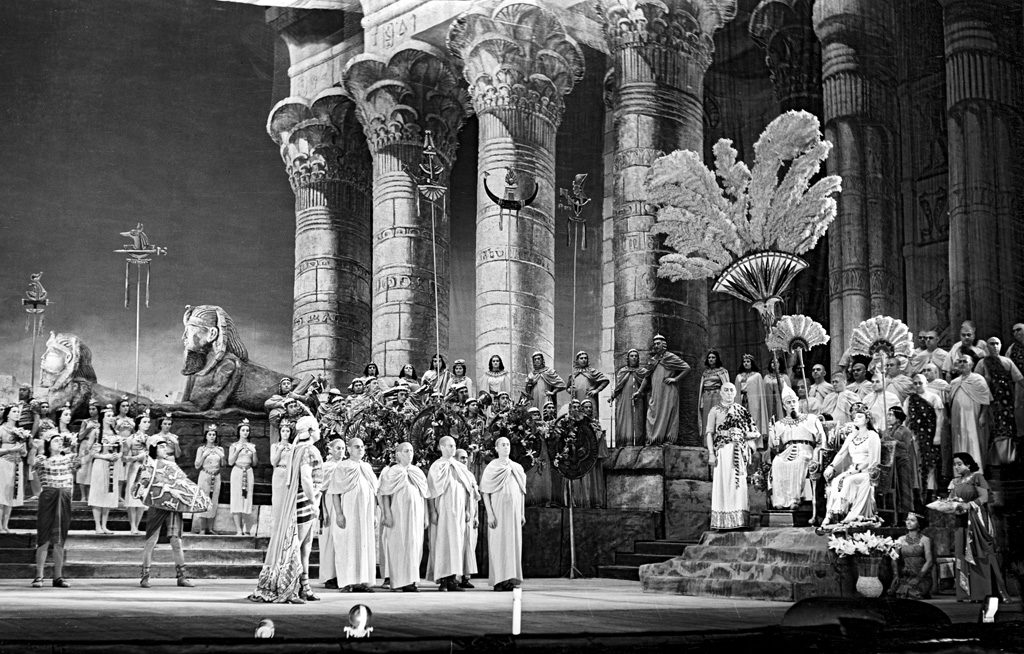 After the 1917 Revolution the theatre was in danger of demolition along with other traces of the country’s Imperial past. However, in 1919 it was renamed the State Academic Bolshoi Theatre and in 1922 theatre demolition was officially deemed impractical: beside being a showcase for the Russian arts, the theatre’s grand stage was used to proclaim the foundation of the Soviet Union and to announce Vladimir Lenin’s death in 1924. Hit by a bomb in 1941, the theatre reopened in 1943 with the patriotic “A Life for the Tsar”, that was ideologically renamed “Ivan Susanin”. During the post-Soviet times, the theatre was seriously underfunded, which lead to significant deterioration of the building. In 2002 the New Stage was opened, but by 2005 the theatre building had got into such disrepair that there was a 70% chance of losing the historic site completely. The final reconstruction lasted for six years and in 2011 the refurbished theatre opened its doors once again. 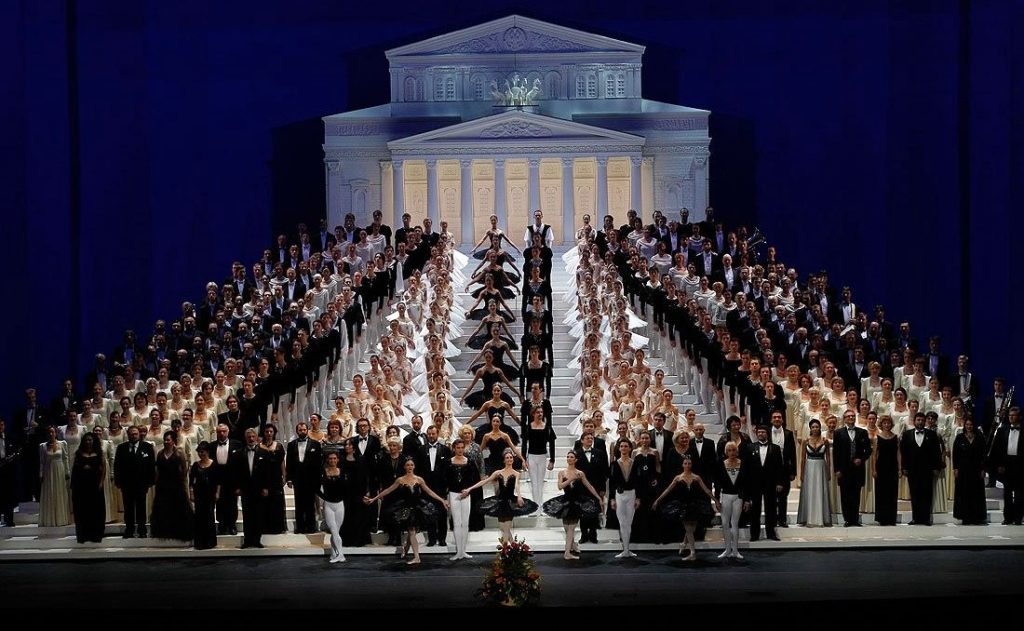