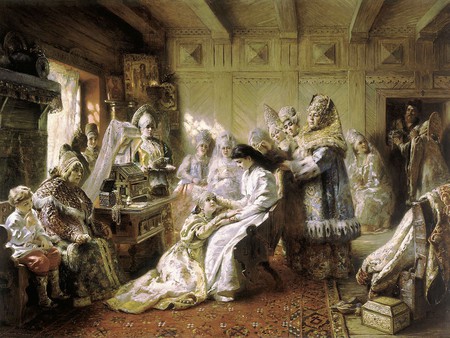 Russian costume traditions have a long history, and even though many elements have been forgotten over the years or labeled as ‘old style’ and ‘unattractive’, a few elements have managed to spring back to life. Dolce&Gabbana reminded the world several years ago about Byzantine fashion roots and showed that it can actually be sexy. Following the famous fashion mogul example, we are looking at the traditional Russian dress, rooted deeply in Byzantine. We’re going to see if we can find attractive elements that have potential to inspire our twenty-first century looks.

There isn’t an exact date when the traditional Russian costume was born, although it is logical to suppose that its birth coincided with the same era the country was established, around the tenth and twelfth centuries. There are records indicating that northern and southern fashions differed quite a lot in style and decoration, although the core clothes stayed pretty similar. All Russian clothing styles existed in ‘everyday’ and ‘special occasion’ variants, differing in materials, colors and decorations used. The common element was multiple layers of fabrics.

The traditional Russian costume used to be a part of the country’s history up until the beginning of the eighteenth century, when Peter the Great proclaimed the Russian dress to be ‘peasant and non progressive’. He introduced a law that fined anyone who entered the city in traditional national clothes, as well as anyone with a beard. The citizens, aristocracy, merchants and other influential society members switched to European dress, while traditional Russian clothes were half-forgotten and worn only in the countryside and among members of religious institutions.

Nowadays, traditional Russian dress can only be seen worn by Church officials and during some ethnic holidays. Many elements are now lost, although there are still several components that became iconic to Russian traditional dress.

The basic element of any traditional Russian wardrobe was the rubakha, which could be worn by both men and women. Basically, this is the old style variant of the contemporary shirt. Rubakhas were worn as street clothes among the poor and as home clothes among the rich. The overall look was what is now called ‘oversize’ as it didn’t have any specific silhouette. Depending on the financial status, different materials were used for rubakha manufacturing and tailoring, from cheap linen or cotton to expensive imported silk. 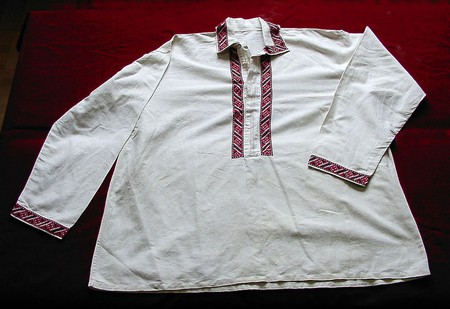 The main part of the female wardrobe was the sarafan. A long dress, which was often worn on top of a rubakha, that formed the ‘everyday’ and ‘special occasion’ outfit. The most common colors for sarafans were red, light or deep blue, wine and white. Sarafan dresses were often decorated with intricate embroidery. 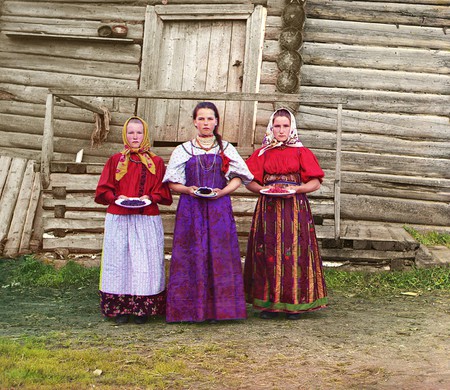 Decorations for the head and hair were also a part of the common wardrobe. In the case of women, the way the hair was arranged could tell a lot about civil status: young women could show off their hair arranged in a single braid decorated with flowers and other elements. Married women were not allowed to show their hair in public, so they covered their head with different decorations. One of the most iconic and intricately decorated examples of this was the kokoshnik. 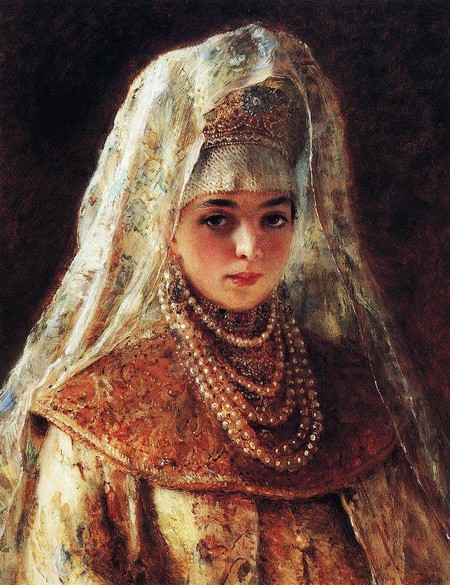 "A Girl in Kokoshnik" attributed to Konstantin Makovsky | © WikiCommons

This is probably the only element of Russian traditional costume that has survived over the centuries and is still popular in the country – severe climate conditions are the reason. The shuba, a Russian word for fur coat, was an inevitable part of both male and female wardrobes. Back in the day, the technique of assembling fur coats was different: the fur was left on the inside of the coat, while the outside was decorated with bright colourful textiles. Nowadays, the shuba design has evolved to match modern fashions, but it still serves its primary purpose: keeping Russians warm during long and cold winters. 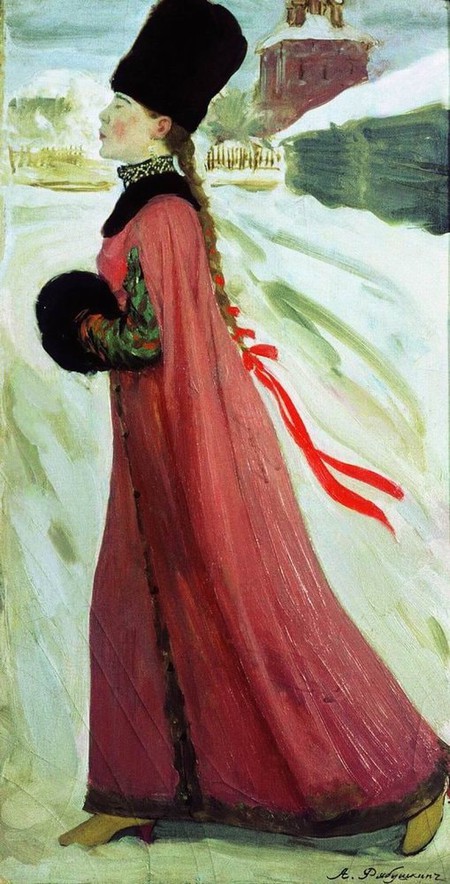 The word ‘kaftan’ came to Russia from the Middle East, but this element of clothing became so integral to Russian wardrobes that it was perceived as being local. Usually made using expensive textiles with lots of embroidery and adornments, kaftans were analogous to today’s coats and were worn on top of other clothing. 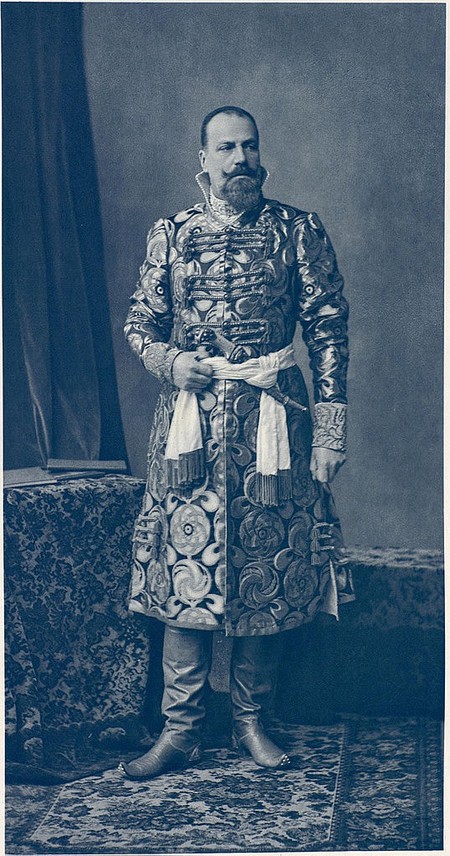