A Beginner's Guide to VKontakte, the Russian Social Media Giant 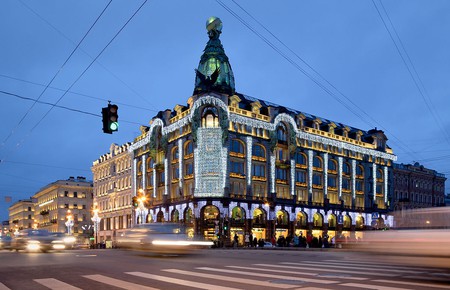 The premises of VKontakte | © Pavlikhin / WikiCommons

You might think that Facebook, Twitter and Instagram is all there is to social media – but you would be wrong! The Russian-speaking world has for years now been taken over by VKontakte, a social media site combining the functionalities of Facebook, Spotify and Youtube. It is the most visited website in Russia and Ukraine and the sixth most popular site in the world. According to the data from August 2017, the website registers, on average, 80 million daily hits and has 410 registered users. If you want to conquer the Russian side of the Internet, you need to start from VKontakte – and here is your beginner’s guide to the social media giant.

The layout of the page is, on the first glance, similar to the layout of Facebook. Pavel Durov, the founder of the site, admitted that he got first acquainted with the concept of social media on the example of Facebook, but he added that the concept and the development of the site were entirely his own. Even though the colour scheme of the two sites is very similar, VKontakte does in fact offer functions Facebook does not. The most visible one of them is the importance of audio and video files on the platform. The users can search for various music files, compile them into playlists and share them with their friends, in a way combining the functions of Facebook and Spotify. The video files also play a much bigger role in VKontakte than in Facebook, adding the Youtube functions to the mix.

The premises of VKontakte | © Pavlikhin / WikiCommons

The user etiquette in VKontakte differs quite a bit from the user etiquette on other social media. Sharing patterns that would most likely get you off most of your friends’ walls on Facebook are perfectly acceptable on VKontakte. Expect a flood of motivational quotes and an avalanche of cosy, season-appropriate pictures the minute you start making VKontakte friends!

On top of being Russia’s Facebook, Youtube and Spotify, VKontakte sometimes serves as Russia’s Tinder. Chatting up to unsuspecting strangers happens quite often here and is at times more welcomed than in other platforms. The VK dating is facilitated by detailed search parameters, including geographical location, age and relationship status. Such Internet acquaintances sometimes lead to successful long-term relationships!

The logo of the Russian version of VKontakte | © vkontakte.ru / WikiCommons

Because of various methods in which media can be incorporated into the platform, VKontakte regularly struggles with copyright claims. Even though VK complies with the Digital Millenium Copyright Act and removes the files upon request of copyright owners, the users are often faster than them, and thus VKontakte is, sadly, full of copyrighted material. The website was sued a few times for copyright infringement, but each time the judge ruled that the platform cannot be held responsible for the actions of its users.

VKontakte has also been accused of facilitating access to pornography to minors, as the videos uploaded by the users are of varying nature. Another controversy concerning VKontakte involved passing its ownership to Mail.ru owned by Alisher Usmanov, a close associate of Putin. Pavel Durov claimed that the transaction was the result of legal pressure on his company that increased after VKontakte refused to remove the group of Aleksey Navalny, a social and political activist opposed to the Putin regime, from the page.

VKontakte – just like the other social media – is more than just a website, it is a social and cultural phenomenon. It responds to the specific needs of its target audience, and it tells a lot about it to an outside observer. VKontakte is an essential site to join if you want to conquer the Russian side of the Internet – and now you know how!