A 48 Hour Guide to Astrakhan, Russia 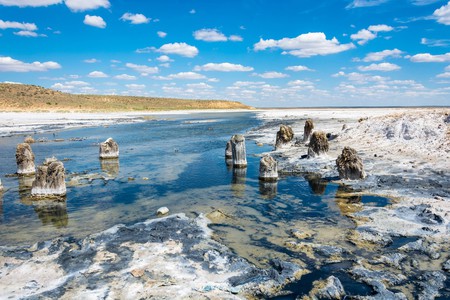 Travellers who venture into Astrakhan will enjoy the historical charm and cultural vibrancy of this old Silk Route town. The otherworldly Lake Baskunchak and extensive Delta wetlands are just a day trip away.

Astrakhan lies close to the Kazakhstan border where the Volga River flows into the Caspian Sea. It used to be a town on the old Silk Route and is built on more than 10 islands. Meander along canals and over bridges to soak up ancient Tatar, Christian and Islamic history. Venture into the surrounding countryside to enjoy the splendour of the Volga Delta wetlands and the region’s natural beauty.

Day one – Acquaint yourself with the city

Start the day by taking a walk through the Kryusha Quarter. It’s the city’s former Tatar and Persian area, and it remains a predominantly Muslim area. As such, there are clusters of mosques in various states of neglect and repair.

Starting at Ulitsa Kirova, walk along Kazanskaya Ulitsa until you reach a Lenin bust. If you cross over the canal, you’ll come across a well-kept park, complete with sculptures and a lake. Continue past it, and you’ll end up at the foot of the hill where the city’s Kremlin sits on top. A UNESCO World Heritage site with inviting gardens and temporary exhibitions, the Kremlin is not to be missed. 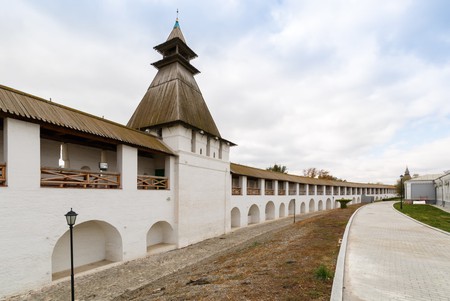 Once you’re finished at the Kremlin, cut through the Fraternal Gardens to the city’s hipster hangout, Rozmarin Cafe, and fill up on freshly cooked meals and refuel with strong coffee. Once revived, take a peek at the Museum of Military Glory, which is as patriotic as the name suggests. However, despite the museum’s nationalistic slant, it is a good place to learn about historical battles.

Afterwards, it is worth walking over to Moloko, a hip, modern canteen-style café, which is run by the same people as Rozmarin Cafe. Even if you’re still full from lunch, they are licensed. So, why not have a cheeky afternoon drink and a snack?

From Moloko, it’s another lazy stroll along the banks of the Kutum River to the banks of the Volga – the manicured riverfront is the city’s crowning glory. There are people to watch, sculptures to see, and sunsets to enjoy.

After all of that walking about, treat yourself to a delicious meal. Right on the waterfront, Yamato is an indulgent, top-notch Japanese restaurant. The menu offers Japanese dishes, sushi, pan-Asian and Asian-fusion meals, as well as a lot of classic European and Russian cuisine. And it’s not just the food that is good here – so is the decor, inspired by Japanese minimalism and traditional aesthetics.

Pro tip: Yamato is popular. Book a reservation or be prepared to wait for a little while. 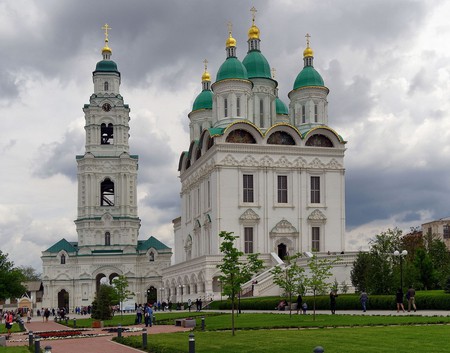 For those who want to sample some high-brow culture, why not check out what ballet is showing? The Astrakhan State Theatre of Opera and Ballet may not have the same clout as other regional theatres, but like most ballet and opera in Russia, they are still done to an outstanding standard.

For those who want to kick on, take the short stroll over to Kul’tovyy Bar (Cult Bar) for dim lighting, live music and boozy drinks. It also serves reasonably priced food. After loading up on positive vibes, belt out a few tunes with new friends at any of the many karaoke bars in town, such as Chicago House.

Whatever time the night ends, rest your well-worn legs at the luxurious Novomoskovskaya Hotel, a 10-minute walk away from Kul’tovyy Bar. Sleeping options are limited in Astrakhan, but they are also affordable, which means this five-star hotel comes with a bargain price tag. It’s also right in the heart of the city, so the Kremlin and the central sights are all within walking distance.

Morning – Venture out to the great outdoors

Although the city still has plenty to offer, a trip to the surrounding countryside is a must. Around Astrakhan, the Volga River splinters off into thousands of streams and rivers, known as the Volga Delta Wetlands. The wetlands, filled with birds and animals, are lush and an adventure to explore.

Roads eventually peter out and make way for rivers and marshes. The further you explore the wetlands, the more likely you’ll need a boat. A trip into the wetlands is a day trip in itself, so don’t plan to cram too many countryside sights into your itinerary.

Pro tip: Many tour companies offer trips into the wetlands, so shop around to find a deal that you like. Parts of the area are protected, so tourists need a permit. Tourist agencies in Astrakhan can help you organise these. Procosta is a tour company that offers trips into the delta with a guide, and only Procosta tours can be taken without one of these permits. 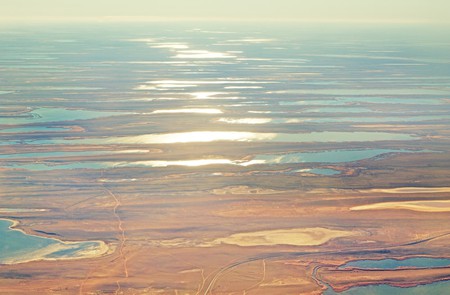 An alternative day trip is to Lake Baskunchak, near the Kazakhstan border. One of Russia’s major salt basins, it supplies the nation with approximately 80 percent of its salt. Back in the day, people used to flock here to reap the health benefits of the salty water and the clay, and legend has it that it is a place of healing. Despite, or because of, its otherworldly appearance and its far-flung locale, it remains a popular tourist destination, albeit an unusual one.

A swim in the lake is comparable to a dip in the Dead Sea, although many swimmers bring shoes because prickly salt covers the bottom of the lake-bed. The lake used to be an important stop on the Silk Route, as its seemingly endless supply of salt has long been a precious commodity.

Pro tip: Make sure you pack a picnic, plenty of fresh water and sunscreen because there aren’t any trees around the lake.

All that country air will induce hunger that must be satiated. So, head straight to Mindal (which translates to Almond) to feast on steaming hot Georgian khachapuri and Uzbek pilaf and other drool-inducing dishes. A top restaurant in town, Mindal serves up hearty central Asian and Caucasian dishes in a casual, yet stylish setting – a perfect treat to end a long day spent on the road and in the great outdoors.

Night – Relax with a beer

Mindal has a licensed bar that also serves up hookahs, so if you are suffering from a post-pigout food coma, and are exhausted from the day, hang around and enjoy yourself for a little bit longer. But if you want a change of scenery, visit Akademiya Piva, (Beer Academy). This restaurant and brewery is not only a stumble away from the hotel, but it is an opportunity to try a local brew or two. Of their five house-made beers, one is brewed in the style of the iconic Soviet beer, Zhigulevskoye.

Pro tip: If you want to relax after dinner at Mindal, book a booth table and make yourself comfortable. Also, for those on a budget, Akademiya Piva serves pub grub at a reasonable price. 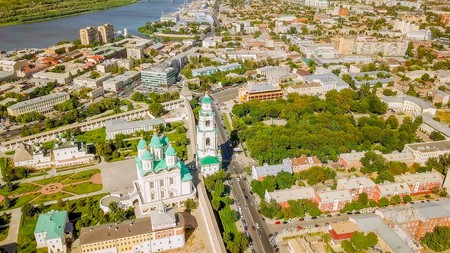