9 Russian Rap and Hip-Hop Artists You Need to Hear 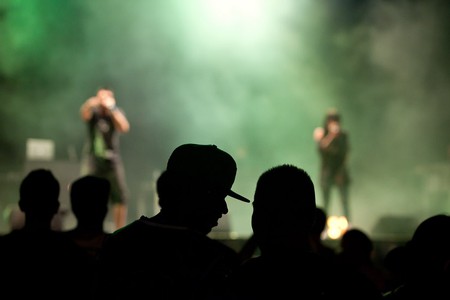 In recent years Russia has seen its underground rap scene explode into mainstream music, mainly thanks to the popularity of online rap battles. The artists steering this new trend are cementing their cultural impact one rhyme at a time – here’s our pick of rappers and hip-hop artists at the top of their game.

One of the scene’s mega stars, Oxxymiron, aka Miron Fyodorov, has made his name with intelligent lyricism, social commentary and his use of form. Fyodorov grew up in Germany and England and went on to study English literature at Oxford. The time spent living in England has influenced his rapping style. After graduation, he gravitated towards the East London grime scene, and the gritty urban sound still influences his music today. He first entered Russian rap battles online from his Canning Town home and has gone onto almost break the internet with his competitive rap – one of his most recent battles was viewed 13 million times in just two days.

Representing the new wave of Cossack, Maxim Ilinov brings his ancient culture into the 21st century through rap. As the front man of Ataman’s Palace (Atamansky Dvorets), Ilinov raps about spirituality and warrior prowess – two of the main aspects of his culture. He heralds from Rostov-on-Don, Russia’s Cossack stronghold, and believes that hip-hop is the way to raise general awareness about his way of life. 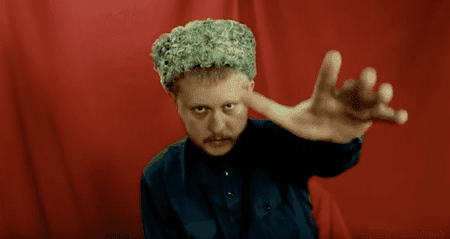 A proud Kazak, Scriptonite (real name Adil Zhaleov) busted onto the Russian language rap scene with his track, VBVVCTND, in 2013. Zhaleov proved himself to be a musical force when his 2015 debut album, House With Normal Activity, was received to critical acclaim. The album was regarded as one of the top Russian language rap albums of the year by outlets such as Afisha and Rap.ru, and reportedly topped the Russian iTunes charts, beaten only by Adele. The rapper continues to challenge his artistry, collaborating with other great musicians such as Tricky.

One of Russia’s biggest YouTube sensations, Big Russian Boss has over 2.5 million subscribers as well as a huge social media presence. Along with his sidekick, Young H&P, Big Russian Boss hosts a web show where he interviews some of Russia’s other internet stars, and raps. The duo are the brain children of Samara locals Igor Lavrov and Stas Konchenkov, who originally conceived of the idea as a parody of American rap culture. And while the tongue-in-cheek humour still remains, Big Russian Boss is no longer just a joke, as his fan base would attest. 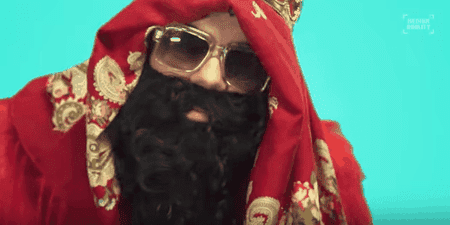 Vlogger Irina Smelaya raps under the moniker Tatarka, and is a unique female voice in a scene dominated by men. Relatively new to the rap game, Tatarka’s first single, Altyn, was released in 2016 and in her native Tatar language. A Tatarstan native, the artist puts a unique cultural take on her rap, flitting between rapping in English, Russian and Tatar. As the name of her first English language release, Pussy Power, would suggest, the rapper is keen align herself with other young, millennial feminists. The song’s video was also crewed by an all-female team.

One of the recent success stories to come out of the Yekaterinburg music scene, El Mashe started off as an ironic rap ensemble. The duo have been collaborating together under their current name since 2012, and are getting a name for themselves for their energetic stage shows. A sense of fun still drives their music: listen out for flatulence samples, jokey lyrics and nonsense album titles, like their latest release, Garlic.

Boyish good looks and a twisted tongue has won this rapper millions of fans across Russia and the post-Soviet states. Only in his early twenties, Pharaoh shows cynicism beyond his years, rapping about the hardships of success, sex, drugs and money. The rapper emerged out of the YungRussia crew, an internet collective made up of Russia’s next generation of creative arbiters, bound together by a love of youth and hip-hop culture. He weaves in emo rock influences into his rap, which sets himself apart stylistically and flaunts his impressive vocal range.

This artist is the underdog who blew up the internet when he trounced the then-undefeated Oxxxymiron in a rap battle – the event accrued record-breaking numbers of views and caught the attention of mainstream and Western media. Slava KPSS, whose birth name is Vyacheslav Mashnov, also goes by Gnoyniy on certain rap projects, and has declared that he will instigate Russia’s second wave of rap and hip-hop. His most recently released single, F*CKRAP, has already notched up over 3.5 million views on Youtube within a couple of months.

These veterans of the Yekaterinburg rap scene have been kicking about since around 2003. They have regularly featured on national, Ural and regional hip hop festival lineups, and released their fifth and latest album in 2017. Another band that don’t take themselves too seriously, the trio often inject humour into their music. The ensemble currently consists of T-Bass, DJ Flint and Dry Ice, who busts his own rhymes on solo projects.