EUROPE
/
RUSSIA
/
MOSCOW
/
Things to Do 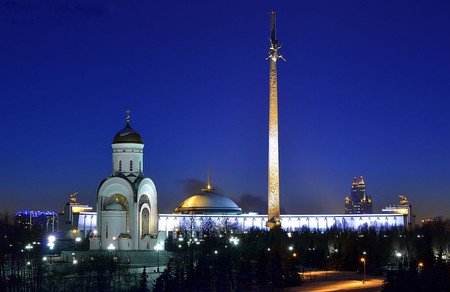 It’s been 26 years since the USSR collapsed, but Russia’s Soviet past is still a divisive subject that regularly ignites polarising discussions. We’ve made a list of places where you can revisit glorious days and darker times of Russia’s Soviet era.

If you only have one day to explore the culture of Soviet times, VDNKh park is where you should go. Here you can see some of the finest examples of monumental Soviet architecture – including the iconic Friendship of Nations Fountain – visit the legendary Memorial Museum of Cosmonautics and land an orbital ship at the Interactive museum complex ‘Buran’. 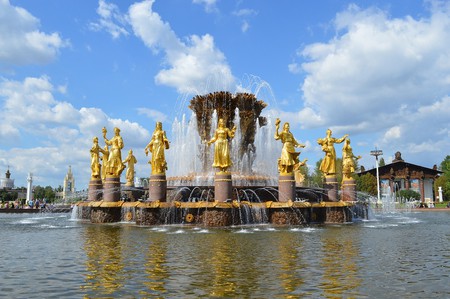 What at first may look like a giant garage sale is, in fact, the largest collection of Soviet memorabilia in Moscow, gathered in a huge storage shed. From bicycles to kitchen supplies, from toys to the marvels of Soviet robotics – the museum encourages visitors to touch and see everything. Opened and run by a group of enthusiasts, this museum has no entrance fee, but you can leave a donation upon leaving.

The GULAG History State Museum dedicates itself to the darkest part of Soviet history – the persecution of people in GULAG labour camps from 1930–1950. The five-storey museum commemorates victims of the Stalinist repressions, exhibits personal belongings of GULAG prisoners and shares some individual stories. The museum attempts to recreate the atmosphere of GULAG hopelessness, with original doors from camps in Magadan, Anadyr and Vorkuta, crumbling brick walls and markers of prison cell dimensions. 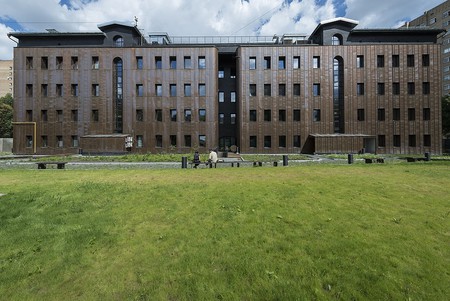 The Museum of Automotive History

The Museum of Automotive History will make the seven-year-old inside you shriek with delight. This shiny, spacious venue is home to a unique collection of retro kids’ pedal cars. You’ll see iconic cars every Soviet child dreamt about – all of them are either well preserved or perfectly reconstructed and looking as good as new.

To visit this once-secret military complex, you’ll have to go 65 metres (213 feet) underground. This bunker, which is the only declassified military object in Russia, was constructed in the 1950s during the Cold War period as a bomb shelter for the state leaders and turned into a museum in the late 2000s. Apart from the Cold War Museum, Bunker-42 houses a banquet hall, conference room and a restaurant. 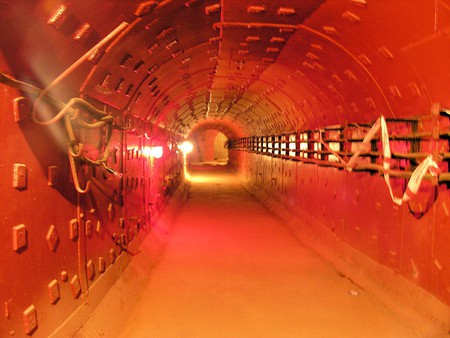 This museum, founded in 2007, is home to 50 Soviet arcade machines, which the museum owners brought in from all around Russia. There are classic games such as ‘Morskoi Boi’, aka Sea Battle, ‘Sniper-2’ and Safari, all of which you can start and play the way Soviet kids did – with a 15 kopeck coin. 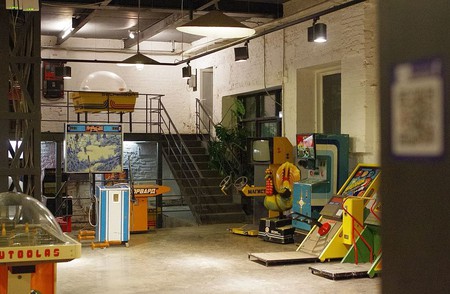 Arguably one of Moscow’s most unusual museums, this one sits in a dry-docked Tango-class submarine B-396. It was launched in 1980, decommissioned in 1998 and turned into a museum in 2006. Now you can take a guided tour of all submarine compartments and learn about the Soviet/Russian Submarine Navy. 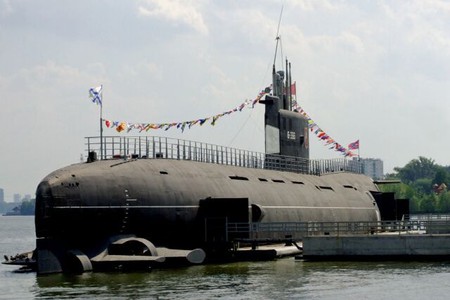 The Moscow Design Museum, founded in 2012, is the first Russian museum dedicated solely to design. If you’re curious about Russian and Soviet design heritage, want to see a one-of-a-kind collection of Soviet-era artefacts and are looking for unconventional gifts to bring back home, this is the place for you. This museum does not have a venue of its own, so check their website to see who’s hosting their current exhibition or where you can find their mobile exhibition hall.

Museum of the Great Patriotic War

This museum, which opened in 1995, is home to the world’s biggest permanent collection dedicated to the Great Patriotic War (WWII), spread over 14,143 square metres (152,000 square feet) of exhibition space. In addition to the permanent collection, which includes weaponry, vehicles, war-time photographs, and newsreels among other items, this museum plays host to illuminating temporary exhibitions. More than anything else, the Museum of the Great Patriotic War is an exceptional visual experience – from the luminous Hall of Glory to the heart-wrenching Hall of Remembrance to immersive 3D dioramas, all of which let you revisit the toughest battles of WWII. 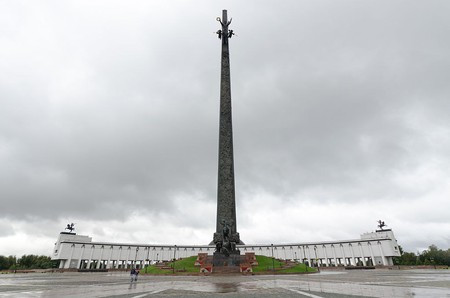 Victory Park on Poklonnaya Gora | © | Guenni88/Wikimedia Commons
Give us feedback