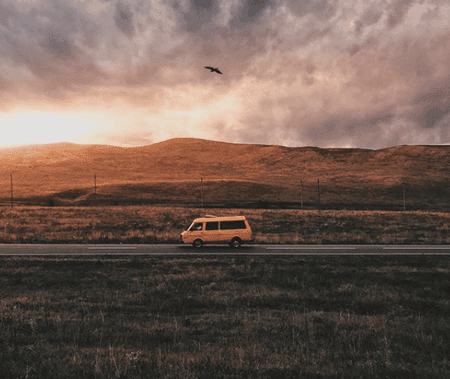 Russia’s photogenic beauty and unique character combined make it a star of Instagram. To discover Russia’s grand cities and otherworldly wilderness, not to mention a sense of the country’s robust nationalism, follow these accounts now. And yes, they will trigger a serious case of wanderlust.

Moscow-based photographer @ted.ns captures the magnificence of his epic home city, as well as taking a pretty good holiday snap when travelling around Russia too. Expect to find shots that capture the aesthetically pleasing geometry of Moscow’s buildings as well as the city’s scale. Also on Bevan’s account are photos of Russia’s wilderness that showcase its glory across the seasons.

The Soviet Union was the first state to send a person, Yuri Gagarin, into space and has erected several monuments in recognition of the achievement. Keeping in line with modern times and maintaining the legacy of space pioneering, @roscosmosofficial, the official account for the national space agency, documents current cosmonauts’ efforts and outer-space life as well as posting a stack of breathtaking images of earth that are literally out of this world.

It is really hard not to get a sense of Russian nationalism and patriotic pride when scrolling through @damedvedev, the Prime Minister’s account, regardless of personal politics. Sprinkled through lit-up cityscapes, sweeping country vistas and snaps of iconic architecture are moments of patriotic acts and Medvedev on official business, just so we know he actually does work, and doesn’t spend all his time basking in Russia’s glory.

Prize-winning creative Krizhevskaya documents the ethereal, magical side of Moscow, through its architecture and grandiose buildings, as well as its parks and green spaces on @elenakrizhevskaya. Playing with light and colours she captures the enchantment and wonder of the nation’s capital. She even makes the capital’s drizzly weather charming.

A post shared by Moscow Москва Крижевская Фото (@elenakrizhevskaya) on Nov 15, 2017 at 6:47am PST

Near the UNESCO-protected Ugra National Park, about 200 kilometres (124 miles) away from Moscow is the @nikolalenivets art village. Working with the wondrous landscape, architects and artists from across the globe come here to create public sculptures and art, which elevate the already delightful countryside into something fairly ethereal. The village’s official Instagram account captures woodland splendour and delightful, whimsical art in fairy tale surrounds.

Of course, the national tourism board is going to have an Instagram account that inspires wanderlust, no matter if you’re a city slicker or a nature lover. @russia.travel.official is full of glamourous shots of all the cities and all the lakes and all the mountains, as well as satiating foodies with mouthwatering images of Russian favourites, and offering the animal lovers out there some ridiculously cute photos of the most photogenic animals found in Russia.

A local to the southern republic of Ossetia, near the north of the Caucasus Mountains, Butaev opens up a rarely travelled region due its history of political unrest and conflict. Through @itsbaaat, he shares some of the dreamy countryside, filled with charming plains and dramatic waterfalls and mountains found in Ossetia.

Lake Baikal, in the heart of the Siberian wilderness, doesn’t need to work hard to look good – one of Russia’s vast inland seas, it is spectacular. Still, Alexey Matveev works a bit of magic to bring out the dreaminess and otherworldliness of this ridiculously beautiful lake and its surrounds through his feed, @lake.baikal.

Want to see more of Russia’s rugged beauty? Have a look at Siberia‘s wild appeal with these Instagrams.