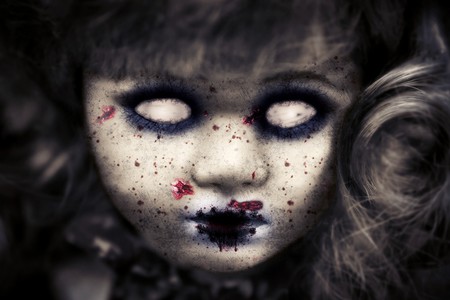 There are urban myths and conspiracy theories everywhere, but Russia’s secretive Soviet past and long tumultuous history is the perfect breeding ground for tall tales. From the ghosts of centuries-old tsars, to claims that former Soviet leaders turned into psychedelic mushrooms, here are some of the outrageous.

When the Bolsheviks captured the last tsar of Russia – Nicholas Romanov – and his family, they were given orders to execute all of them. Amid the Russian Revolution, the Romanovs faced the firing squad in July 1918, where their executors supposedly killed them, ending Russia’s royal lineage. By this stage the tsar had already abdicated the throne for both himself and his heir, Alexei, and was seeking political exile in the United Kingdom. His wife and four daughters had sewn jewellery and gems into their corsetry and undergarments to take with them, which in turn acted as a kind of armour. As the story goes, this ‘armour’ saved his youngest daughter, the Grand Duchess Anastasia, from death. This rumour was further exacerbated in Soviet times, when her body couldn’t be located and several women claimed to be the missing woman. 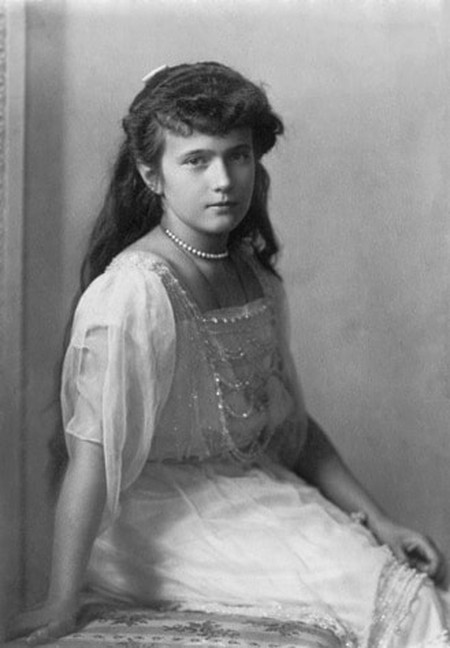 This is definitely a case where life is stranger than fiction. Legend has it that a mysterious person roams Russia, hunting for people to kidnap. He then kills them, preserves them, then puts their mummified bodies on display. It’s a horror story fit for nightmares. However, what is more terrifying is that in 2011 Nizhny Novgorod resident Anatoly Moskvin was arrested, and then convicted, of grave robbing. He exhumed the bodies of 29 girls and young women, which he brought home to his flat. Moskvin then mummified them, dressed them up and placed them around his home, which he shared with his parents who thought the corpses were large dolls. 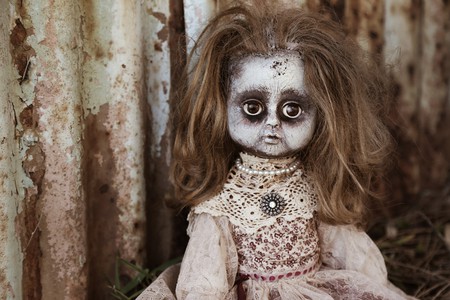 Lenin was a mushroom

More of a practical joke than anything else, in 1991 Soviet musician Sergei Kuryokhin broadcasted an interview on what was then Leningrad Television. Pretending to be a historian, Kuryokhin claimed that Lenin had consumed such a large amount of magic mushrooms that he had actually become one. He regaled an elaborate story that called on a lot of ‘sources’ that provided ‘evidence’ and substantiated his argument, creating an elaborate and absurd, yet convincing tale. The interview came at a time when Russia was undergoing a process of complete social and cultural reform, when Gorbachov’s glasnost opened up free speech in the public domain and loosened media censorship and control. At this stage, the people of Russia were not accustomed to broadcasted satire or absurd comedy, and so a large chunk of the population accepted that Lenin really had turned into a ‘shroom. 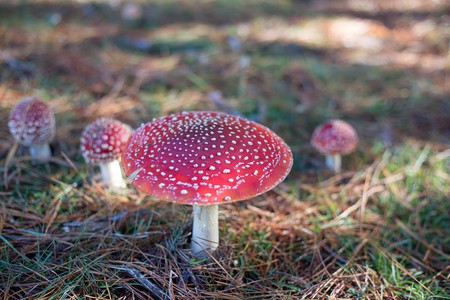 Since the 1970s, a phantom radio station has been broadcasting a mysterious buzz across its airwaves almost every other second. On top of this, every couple of months, a thick Russian accent recites the code U-V-B-7-6, and then the station resumes its buzzing again. The origins of the station, nicknamed The Buzzer, are unknown. Nobody knows who set it up or why it emits the buzz and code. Theorists believe the code could possibly relate to Russian military operations, nuclear war or atmospheric research. 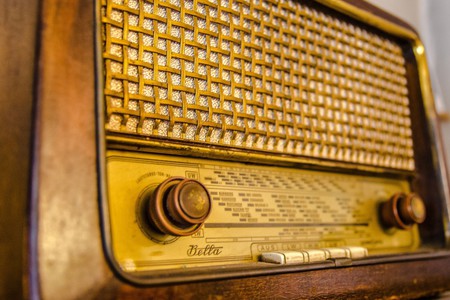 Peter the Great was a spy

Peter the Great‘s efforts in westernising Russia led to some pretty persistent rumours claiming he was actually a spy. He introduced European dress into society and under his rule noblemen cut off their beards. He changed the military uniform so that it was more in line with that of Europe’s, as well as reforming the whole army’s structure. The tsar also embarked on a European tour so that he could observe European educational, industrial, and economical practices and then implement them in Russia when he returned. Despite the slim chances of finding a look-a-like that was as tall as him (Peter the Great was a hefty 6’ 8″ (203cm)), rumours speculated that he had been swapped for a European man on his trip. 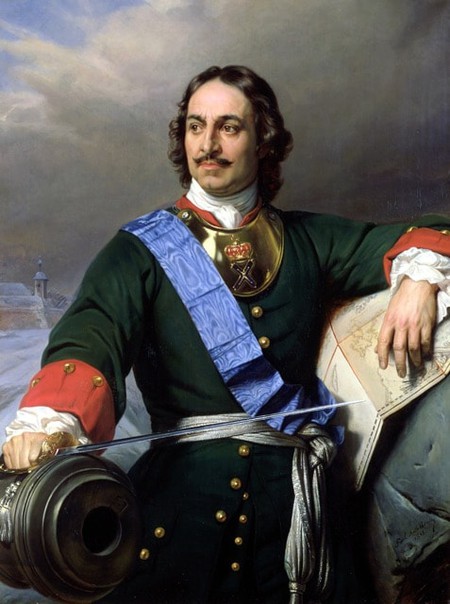 Why Verebinsky Bypass is also called the Tsar’s Finger

Some say the Verebinsky Bypass – the seemingly pointless, semi-circular detour on the otherwise straight train line between St. Petersburg and Moscow – can literally be traced back to Tsar Nicholas the First. Keeping in line with European development, the tsar decided to lay down train track to connect his nation’s first and second cities in the mid-1800s. Engineers on the project argued over the best route, and Nicholas the First grew frustrated at them. Apparently he seized the map and drew a straight line between the two cities and declared that that was where the tracks were to be laid. In autocratic imperial Russia, tsar’s word is law, and so the engineers went about building a railway path exactly how the tsar drew it: in a straight line, except for the little bump where the tsar had drawn over the tip of his finger in haste. Because of this, the bypass’s nickname is the Tsar’s Finger. In 2001 the kink was removed (150 years later). 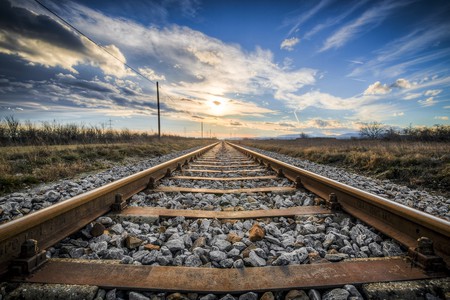 Moscow’s vast metro is shrouded in urban legends and conspiracy theories. One suggests that the circle line was a happy accident that arose when Stalin put his coffee cup on the mass transit system’s plans. The cup stained, and on consideration the engineers thought a circle line would be a smart addition. Apparently there are huge radioactive rats that live in the metro tunnels too. One of the biggest legends, however, is that deep underneath the metro system that millions of Moscovites use each day is another metro system, even further down. Metro 2, as it is referred to, is said to be bigger than the other metro system and connects the Kremlin to the KGB headquarters to Moscow State University, to the government airport, as well as towns outside of Moscow. 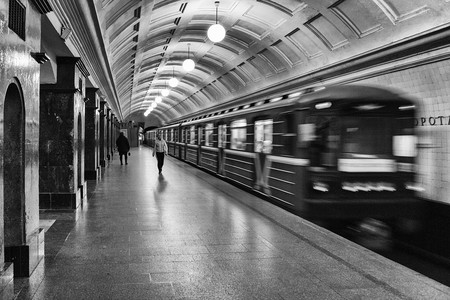 Apparently, Moscow’s Kremlin is haunted and former tsars and leaders still wander the corridors.It has been noted that apparitions of Nicholas the Second usually foreshadow impending disaster. Ivan the Terrible still lurks about too. He is occasionally spotted on the bell tower and people have reported that they have heard his footsteps. The story goes he can’t find peace even as a ghost because he killed his own son, a deed that still haunts him in his afterlife. Even Lenin has been sighted, although his spirit was seen by several people while he was alive, but unable to walk. He died three months after the sighting. 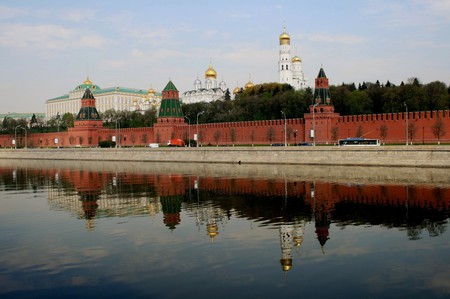 Moscow Kremlin | ©Bluesnap/Pixabay
Give us feedback