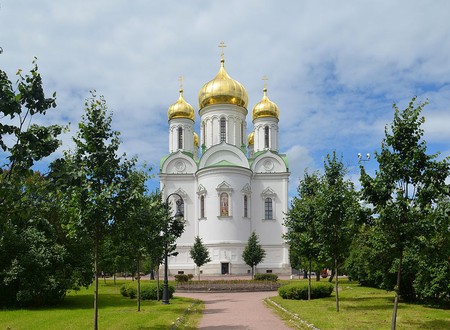 Russian architecture has long been known for its distinctive style. While most of the country’s iconic buildings as we known them were constructed in the 1870s-1890s, there are some later outstanding examples, too. If you want to learn more ahead of your next trip, take a look at these unique features of Russian buildings.

Starting off as a movement associated with both ancient Russia and Byzantine cultural connections, Russian style architecture came to absorb elements of both. Visually, Russian style buildings conjure up an instant association with Byzantine architecture, even though in many cases these are just stylistic fantasies of the architects – the Cathedral of Christ the Saviour in Moscow is a classic example. 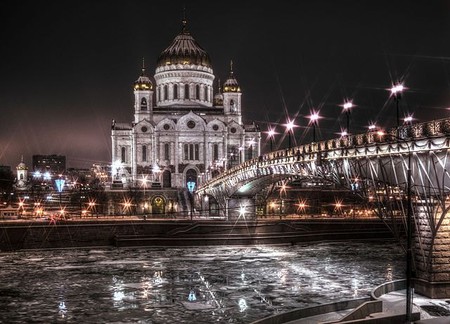 Wood was probably the most popular construction material in traditional Russian architecture. Building in huge territories surrounded by forests, this was the best choice for houses, churches, and town walls. The material was often carved into different shapes and colored to add decorative elements to the buildings. 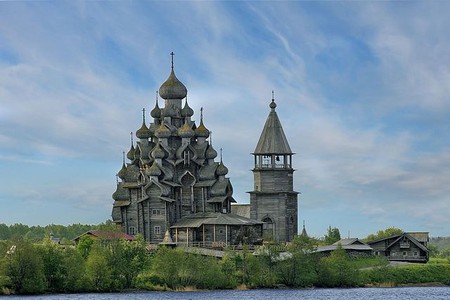 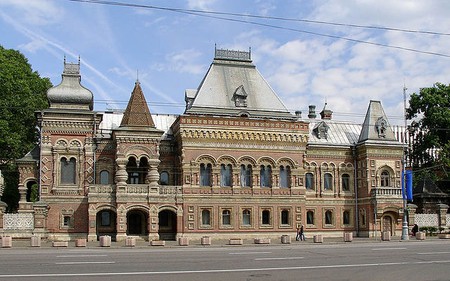 These can mostly be seen inside of buildings, either integrated into wall paintings or expressed in other decorative elements such as wood, brick or mosaic decorations. This stylised ornamentation also recalls Byzantine buildings and icon paintings.

Another element very often seen in Russian buildings, narrow windows in this instance are also quite tall. The shape of such windows is usually a variation on strict geometrical form – the upper part of the windows are often formed into the shape of slight arch. 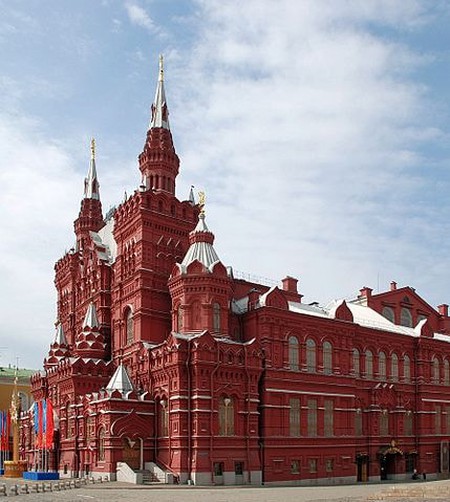 Arches are everywhere in Russian architecture, from windows and doors up to ceilings. One of the major elements of Russian architecture was having the ceiling slightly arched – just like the sky as we see it – especially in galleries with columns as a part of the façade design.

This type of roof / building features a very distinctive, triangle-like rooftop with a very small angle between two parts of the roof. It can be featured as the main part of the roof, or topped with additional smaller towers to heighten the decorative effect.

Even though often façades are constructed all from the same material, and can even be the same color, they are full of small decorations. Ornaments around windows, doors, columns as well as whole ornament lines around the perimeter of the whole building – such as those on the Church of the Saviour on Spilled Blood in St Petersburg – are all elements that create the unforgettable architectural rhythm of Russian style. 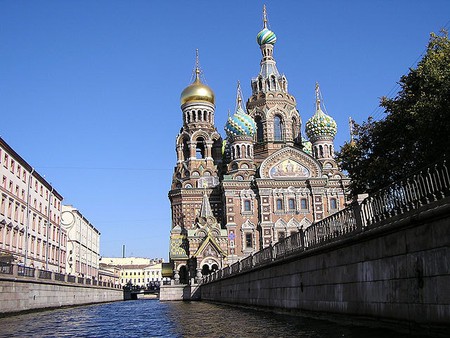