8 Documentaries That Will Help You Understand Russian Culture 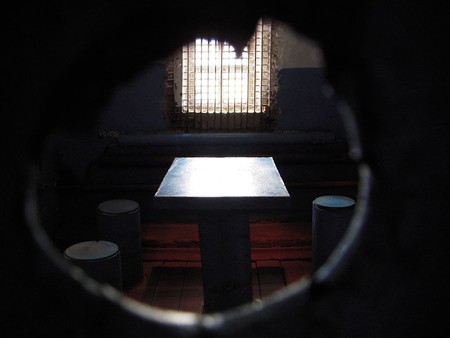 Documentary films are a wonderful source of information and draw a real, multi-layered image of the country where they happen to be set. They are an excellent way to explore the globe in times when you may not be able to travel. Here are the documentaries that will help you understand modern Russia.

The film tells a story of a family living in a tiny village not too far away from Moscow. They live more than a modest life and raise three children and struggle to make ends meet. Despite the less-than-favourable circumstances, the film is an hour of pure happiness spilling on you through the screen. It is a film that shows the hardships of life in provincial Russia, but also how happiness is achievable in just about any situation.

Perm is a very unusual place on the cultural map of Russia. Among many others, it is the home of the only independent GULAG museum set up on the site of an actual camp. Perm-36, located in the village of Kuchino some 100 km away from Perm, was one of the forced labour camps with the most political prisoners. The camp was operating until the late 1980s and, out of the initiative of the former inmates, it was turned into a museum in 1996. It used to be the site of the International Civic Forum Pilorama. Both the museum and the Civic Forum have been problematic for the federal and the local authorities, as they have been promoting a source-based take on history, contradicting the official state narrative. Perm-36. Reflexion follows the story of three former inmates, the unfolding of Pilorama controversy leading to its cancellation and the replacement of the museum’s authorities. The film is a very faithful reflection (no pun intended) of modern Russia’s take on its difficult history.

Varya is a maths teacher from Moscow, who spends a lot of time on social media. In the dawn of the civil war in Ukraine, she made friends online with the Ukrainians who rebelled against the pro-Russian government. She then embarked on a journey in the war-struck parts of Ukraine to understand the roots of the conflict and to see it unfolding right in front of her eyes. It is a film about the complicated political situation in which both Russia and Ukraine are entangled, about people involved in the conflict, about kindness, pride, devotion, pettiness… It is a must-see for anyone willing to understand the complexities of the difficult relationships between Russia and Ukraine – and Russians and Ukrainians.

There is no bigger cliche about Russia than saying that it is very big. It is true though: Russia spans across nine time zones and the entire width of Asia. Despite this size, train travel remains one of the most popular ways to get around. Trans-Siberian Railway evokes the romantic dreams of Russians and foreigners alike. Rodion Ismailov captured what this journey is really like: common celebrations, political discussions, missing loved ones people have just parted with or are going to see, tons of snacks, a lot of time to kill and landscapes which keep changing. Third-class travel is a Trans-Siberian in a nutshell for those who cannot currently embark on it in real time.

This is a film about two worlds crashing. An elderly lady, forced by circumstances, shares a flat with her niece and her four small children. So many different people, forced to cohabitate in a very small space, live in a perpetual state of almost-war. The film tells their story of finding harmony in a situation that’s not unusual in the Russian real estate market.

Russia is a country where you should expect the unexpected. Justus Walker, an American living his American dream in the village of Takuchet in Siberia, is most certainly one of the most unexpected discoveries. He and his wife Rebecca run a farm in the very heart of Siberia. The film shows their happy life there. If you can’t get enough of them, they also run a YouTube channel (in Russian).

Getting married at a young age is still hugely important in Russia, to the extent when finding their Prince on a white horse becomes young women’s greatest ambition. Who is a fool now? tells the story of Polina, a graduate of a pedagogical college, who, instead of looking for a job, is looking for a husband. She’s met a Muscovite, Ilya, online, who offers to take her to Moscow after only a few weeks of electronic acquaintance. The film follows Polina on her wait for her Prince Charming.

Looking on The Other Bank (Evgeny Grigoriev, 2016)

Looking on The Other Bank is a part of a bigger art project, in which ordinary people make documentaries. The film comprises eight stories, told by eight different people who, ultimately, become part of an even bigger story. It is a showcase of the diversity of the modern Russia, the diversity that’s rarely covered by the mainstream media.