7 Works By Leo Tolstoy That Aren’t War And Peace

No list of the greatest writers ever excludes Russian literary giant Leo Tolstoy, and for good reason. His works struck chords that had previously remained unstruck, exploring the deep and dark truths of the human condition that most of us choose to blissfully ignore. He was also an exceedingly prolific writer, so you have plenty left to read even if you’ve already tackled War and Peace. Here are seven great places to start. 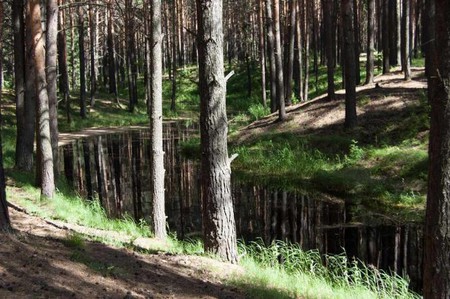 Reading any book gives you the opportunity to enter into the lives of the main characters, an experience that can be enlightening, challenging, and moving all at once. Anna Karenina takes this experience to the utmost, embroiling you into the lives of characters who you end up loving and hating at once even though they exist in a world of old Russian Imperial nobility that is necessarily eons away from your own world. Since its publication in a Russian periodical from 1873-1877, Anna Karenina has come to be recognized by various writers, including Vladimir Nabokov and William Faulkner, as one of the best, if not the best, novels ever written. A must-read if there ever was one, Anna Karenina is an absolutely indispensable part of the Western canon, and you’ll find your literary boundaries greatly extended by the time you finish.

One of the formative experiences of Tolstoy’s life was the time he spent fighting in the Caucasus region when war was raging between the Imperial Russian forces and the Chechens, a Muslim group that lives in the North Caucasus. The main character in Hadji Murat is a Chechen fighter who breaks with his own forces to side with the Russians, all in the hope of protecting his family. While the story is a historical one based on people who actually lived, Tolstoy uses it to symbolically explore the themes of struggling while remaining faithful, resistance, and of course, the never-ending clash between East and West that the Chechen and Russian sides of the war represent, respectively. Hadji Murat is the work that Tolstoy completed last, very soon before he died, and it was published posthumously.

Leo Tolstoy lived an interesting life — from childhood as the son of a noble family to his fighting years to his eventual later life of renouncing most of his possessions and choosing to live a very secluded, hermit-like life. You won’t get all of that by reading his Autobiographical Trilogy, however, because it is the combined set of his first three novels, published when he was in his 20s and well before he adopted the philosophies that would lead to his eventual secluded existence. However, it was these books that put him on the map of Russian literature, and his predecessors recognized his incredible talent right from the beginning. The first is Childhood followed by Boyhood and then Youth, and they are early examples of the expressionist style in writing. By blurring the lines between fact, fiction, and emotion, Tolstoy is, thus, able to bring the reader even closer to the character.

The Death of Ivan Ilyich

A complicated and difficult work, The Death of Ivan Ilyich came out of a complicated and difficult period of Tolstoy’s own life. He had a break with the Russian Orthodox Church in the 1880s, which led him to leave the church and confront his own philosophies about life, death, and everything in between. The work that he published during this period of questioning, including The Death of Ivan Ilyich, is undoubtedly both extremely challenging and extremely rewarding to read. This particular story follows a high-ranking judge, who works his way up the social ladder in a way that seems fulfilling, that is, until he has an accident that makes him begin to question everything for which he worked. Tolstoy uses this story to articulate many of his own new philosophies, which come through clearer in this work of fiction than they would simply laid out on their own. 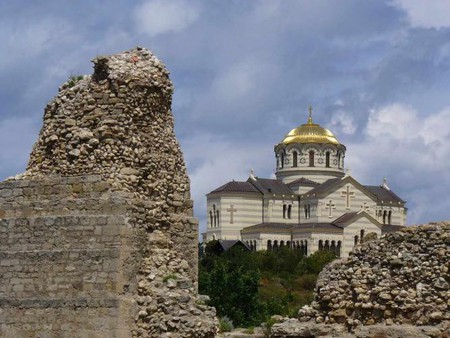 When Tolstoy was young, he took part in the Crimean War, spending a good amount of time in the Crimean port city of Sevastopol. Based on this experience, he wrote his series of short stories called the Sevastopol Sketches, which takes readers through not only his experiences but also the city itself — one story, indeed, begins with a detailed tour of the city and addresses the reader as ‘you.’ More than a simple introduction, however, the overarching themes of the collection end up being war and the connected ideas that go with it, such as heroism, vanity, and the senselessness of violence. Given that the Crimea is in a contested zone even now, the truths that Tolstoy put forward a century and a half ago seem even stronger.

The Kingdom of God is Within You

The final years of Tolstoy’s life were motivated and organized by his extreme Christian philosophy, but his Christian extremism was far from what we see in the news these days. He believed that Christ was the absolute embodiment of nonviolent resistance, and that violence and revenge of any sort were absolutely intolerable from a Christian standpoint. Tolstoy wasn’t alone in believing that resistance shouldn’t include violence, and his book had a deep effect on one particularly well-known nonviolent protestor: Mahatma Gandhi. Gandhi read this book, and the two men later began a correspondence that would last until the end of Tolstoy’s life. It was the plan written out in Tolstoy’s A Letter to a Hindu about how the Indian people could overthrow the colonial British Rule using passive resistance instead of violence that would eventually end up freeing the Indian people, under Gandhi’s guidance.

The Cossacks is another work where Tolstoy’s own life experiences crept into his writing. This novel was actually originally called Young Manhood, which would have connected it to the Autobiographical Trilogy mentioned above. It follows the story of a young Russian man who goes down into the Caucasus to fight in the Caucasian Wars but then finds himself drawn to the way of life of the Cossacks who live in that region. He uses this new life as an escape from his own and begins to blend into the local society — by wearing Cossack clothes or falling in love with a Cossack woman. Unfortunately for him, this woman is engaged to another man, and the protagonist himself is engaged to another woman back in Russia. In typical Tolstoy fashion, this is a fascinating journey into many of the intricacies of human nature.