7 Novels by Pushkin You Need to Read 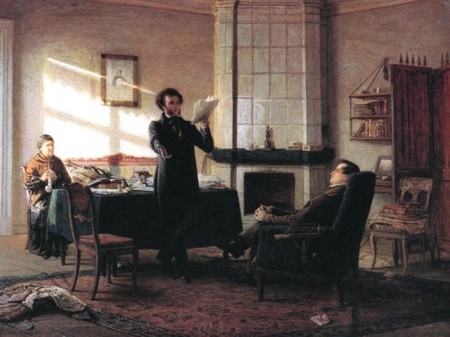 It’s surprising how little is known about Alexander Pushkin overseas compared to his popularity in Russia – most Russians start learning about his poems or stories as soon as they are able to read. If you want to find out more about the great man, take a look at our pick of the top Pushkin novels you need to read.

Eugene Onegin is a novel written in verse, and is one of the most influential works of Pushkin in particular and for Russian literature in general. The main character, Eugene Onegin, a fashionable dandy is forced to leave St Petersburg and visit his uncle in a village. One of the local girls, a daughter of a landowner brought up on romantic novels, falls in love with him. Despite seeming to be a simple love story, the novel paints a concise picture of Pushkin’s times. It’s an encyclopaedic work that touches upon all aspects of society. 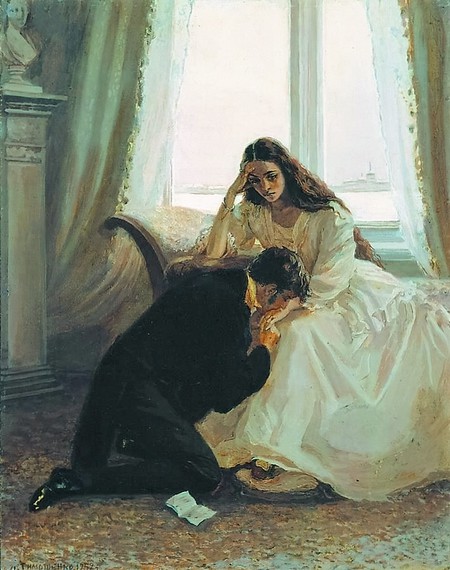 This tale is a story as old as time: two neighbours, Troekurov and Dubrovsky, begin a fight on a petty matter and their argument evolves into a family conflict. Troekurov uses his wealth and status to overstep the law and manages to get hold of the Dubrovsky estate in a lawsuit. Meanwhile Troekurov’s daughter, Masha, falls in love with the son of Dubrovsky. To punish the couple, Troekurov decides to marry his young daughter to a 50-year-old man, despite her begging him not to condemn her. Overall, the novel touches upon important societal issues of the 19th century. 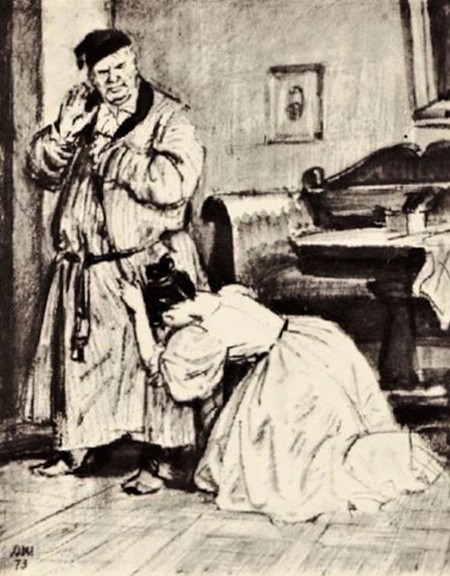 The Queen of Spades

Throughout his life Pushkin had a serious gambling addiction. He would often find himself in card debt. The Queen of Spades is a novel that explores the ideas of fate and luck. The main character, Hermann, never played cards before hearing the story of a winning three card combination from a friend. According to the story, his friend’s grandmother, an old countess, still possesses the secret. He enters her chambers threatening the countess with a gun. She dies of heart attack before being able to tell him the secret, but later that night her ghost visits him in his sleep. 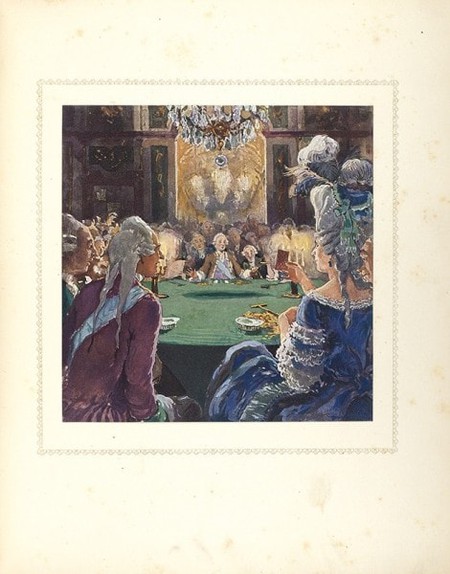 The Captain’s Daughter is a historic novel about one of the biggest peasant revolts in Imperial Russia. At the end of the 18th century, a peasant Yemelyan Pugachev, who impersonated the late emperor Peter III, died in unclear circumstances. Pugachev gathered an army and was able to take over much of the region between the River Volga and the Ural mountains. The setting of the story takes place in one of the cities under his control, and tells the love story of an officer and a young woman, Masha, whose parents were killed in one of the Pugachev’s tragically famous executions. 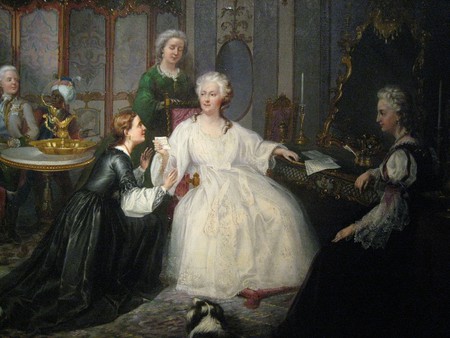 The Empress reading a letter from Masha | © Wikimedia Commons

Boris Godunov is a historic play completed by Pushkin during his period of exile. It was inspired by the history of Russia at the end of the 16th century, during the reign of Boris Godunov. The plot is based around the events of the invasion of Grigory Otrepyev, pretending to be the deceased son of Ivan the Terrible. This work marked a transition for Pushkin from romanticism to a more realistic style of writing. The play was later transformed into an opera by famous composer Modest Mussorgsky. 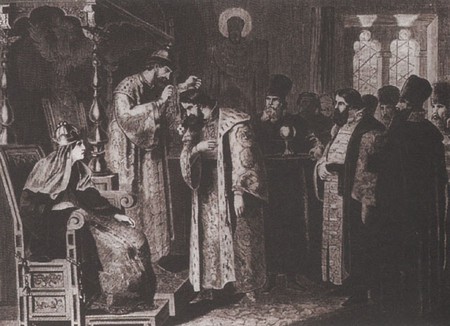 The Little Tragedies cycle was yet another work completed during the famous Boldin autumn, when for three months he was forced to stay in solitude at his family estate, because of a cholera outbreak. This collections of plays consists of four pieces: The Miserly Knight, Mozart and Salieri, The Stone Guest and Feast During the Plague. These plays were created soon after the completion of Boris Godunov – Pushkin wanted to use characters from different countries and eras that would be strong and memorable personalities to a backdrop of historical events. 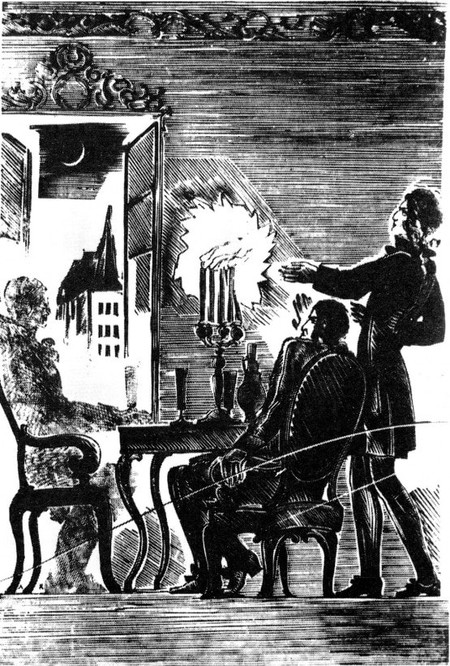 The Belkin Tales was the first prosaic work of Pushkin, which he completed during the Boldin autumn. It was the most productive writing periods in his life. The Belkin Tales consist of five short stories that were allegedly told to Pushkin by a deceased landowner Ivan Belkin, who is most likely to be a fictional character. The five stories are simple tales written in different genres. Each is a complete and entertaining story with an underlying criticism of the society Pushkin lived in.