7 Lesser-Known Artworks by Aivazovsky, the Master of Marine Painting 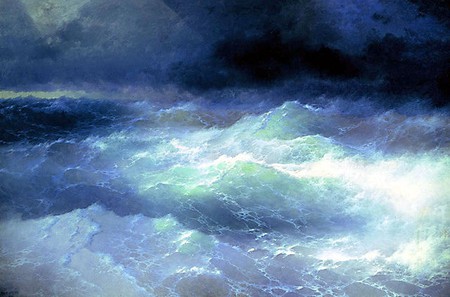 'Among the Waves' by Ivan Aivazovsky I © WikiCommons

Being a true genius of marine painting, Ivan Aivazovsky (1817-1900) created thousands of art works during his lifetime. The culmination of his artistic career was marked with creation of ‘Ninth Wave‘, a painting which made his art truly timeless. Here’s our round-up of lesser-known Aivazovsky artworks.

‘View of Constantinople in Moonlight’ (1846)

Ivan Aivazovsky loved travelling to Constantinople (Istanbul) – the city was mezmerising for the painter. This masterpiece was created in 1846, and gained both popularity and recognition from the first time it was exhibited. It is currently on display in the State Russian Museum in St Petersburg. 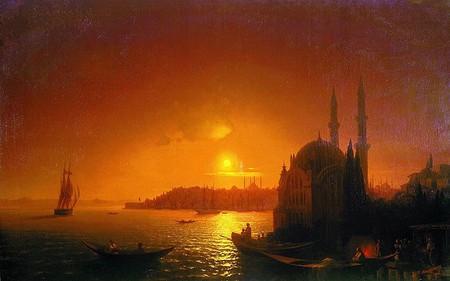 Very often in Aivazovsky paintings the sea appears to represent the uncontrollable force of nature – this is exactly what we see within his painting ‘Sea Storm at Night’. 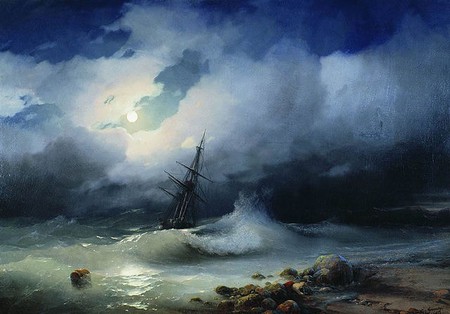 During his artistic life, Aivazovsky travelled a lot, both across Europe and America. On one of his first travels he visited Venice, which became one of the cities that inspired him throughout his life. 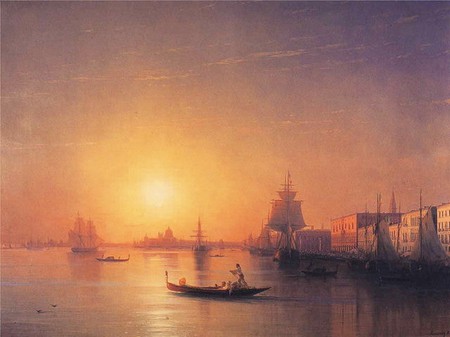 One of the most recognized and impressive paintings by Aivazovsky. The artist’s experience of taking many sea journeys meant that knew and had experienced for himself the dangerous power of the waves. There is no sun or moon in this painting – the only light to be seen comes from the stormy sky, indicating that the storm is not yet over, and the shipwreck survivors have little hope… This painting is currently exhibited in St Petersburg, alongside the famous ‘Ninth Wave’. 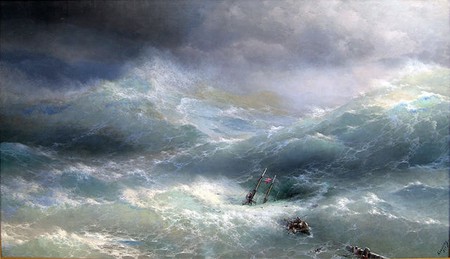 This smaller-sized painting, in contrast with the previous one, is all full of calm morning light – the water is smooth and a new day is starting. The painting is currently exhibited in Minsk, Belarus. 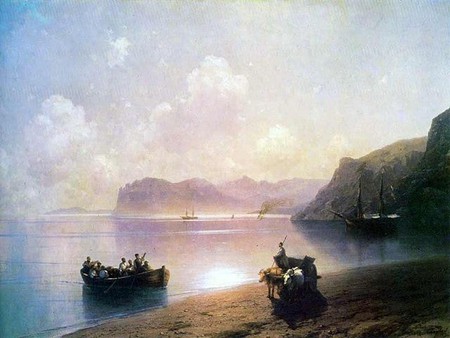 On his numerous travels, Aivazovsky was impressed by the beauty of Gurzuf in Crimea. He painted its sea and shore many times – this painting shows a calm night full of moonlight. 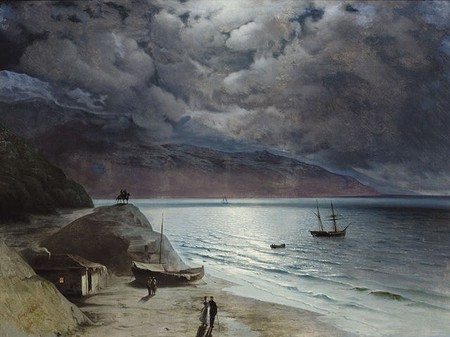 This colossal painting was created by Aivazovsky in a record-breaking ten days. In some way, this master piece was a dedication to Alexander Pushkin, a great Russian poet and friend of Aivazovsky. In 1899, when the country was celebrating 100 years since was Pushkin was born, Aivazovsky was asked to contribute a painting to the exhibition held in his honour. Guided by inspiration, the artist put all his talent and skills into this masterpiece – and so the painting was born.

'Among the Waves' by Ivan Aivazovsky I | © WikiCommons
Give us feedback