7 Interesting Kaliningrad Facts You Should Know 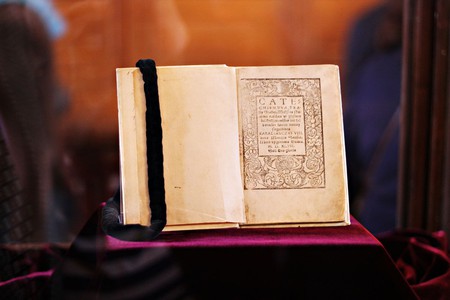 One of the two surviving copies of Mažvyda's Catechism | © Pinkizz / WikiCommons

The fascinating city of Kaliningrad is the capital of the Kaliningrad Oblast, a region completely separated from mainland Russia. Here are seven interesting facts about Kaliningrad.

Kaliningrad’s most famous inhabitant, by far, was Immanuel Kant, a German Enlightenment philosopher and one of the most important thinkers in modern philosophy. Rumour has it that Kant had a habit of going on a long walk at the very same time every afternoon. He was so punctual that the locals believed they could set their watches to his routine. Kant’s tomb is in the Königsberg Cathedral, a must-see for any philosophy enthusiast. 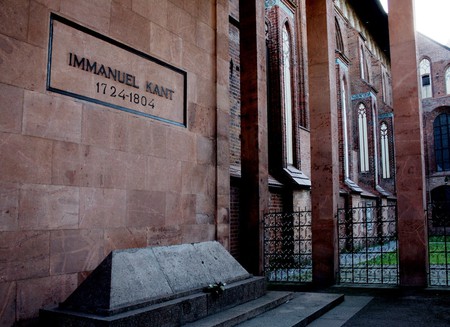 Kaliningrad used to be called Königsberg

Founded by the Teutonic Knights in the 13th century, this area has since belonged to Prussia and Germany (when it was dubbed Königsberg). After World War II, it became part of the Soviet Union and then part of Russia in the 1990s. Walking around Kaliningrad, you can literally see the history of the city, as the various influences are still visible in the architecture.

The first book ever printed in Lithuanian was published here

In the 16th century, Königsberg became an important centre of Lithuanian culture, as the first book ever printed in Lithuanian, the Catechism, compiled by Martynas Mažvydas, was printed here. Of the 200 copies printed, only two have survived; one is stored in the Vilnius University Library in Lithuania, and the other is in the Nicolaus Copernicus University Library in Toruń, Poland.

One of the two surviving copies of Mažvyda's Catechism | © Pinkizz / WikiCommons

At one point there were two towns named Kaliningrad

Königsberg was incorporated into the Soviet Union in 1945. In 1946, after the death of one of the most important Soviet activists, Mikhail Kalinin, the city was renamed Kaliningrad. However, there was already a town of that name in the USSR in the Moscow Oblast, and the duplication caused plenty of correspondence problems. Letters meant for the former Königsberg were constantly delivered to the town close to Moscow. The problem was only resolved in 1996, when the Kaliningrad near Moscow was renamed Korolyov.

Kaliningrad Oblast possesses over 90% of the world’s amber

A flawless piece of fossilised resin, otherwise known as ‘solar stone’ can fetch its weight in gold. If the gemstone has an insect or lizard trapped inside, the price can go up to six digit sums. 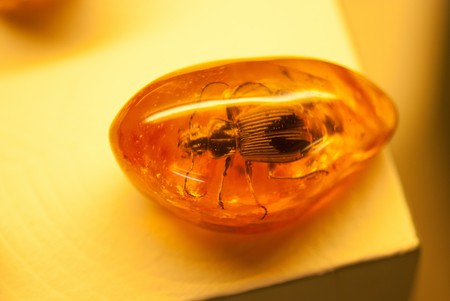 Very few people in Kaliningrad have ancestors from there

The city became a part of the Soviet Union after WWII, and the Germans who survived the war were forcefully relocated. The city was then repopulated with Russians from other parts of the country.

Inhabitants of Kaliningrad often call the main part of the country ‘big Russia’ and their exclave ‘little Russia’. Big Russia has a lot to be envious of; Kaliningrad is regularly voted the most business-friendly city in the country, as well as the most comfortable place for living.