7 Films That Will Help You Understand Russia 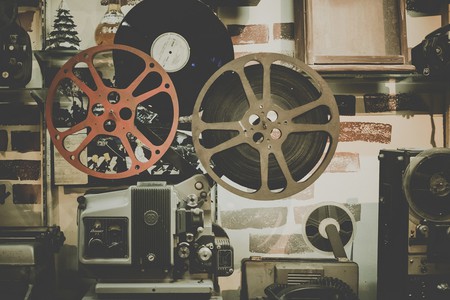 Russian cinema has a long and rich history – the last decades have seen everything from Soviet films through to contemporary arthouse movies. If you’re planning a trip to Russia and want to know what makes it tick, check out our pick of the top films to help you understand the country just that little bit better.

This movie shot in 1997 perfectly shows what the 90s were really like in Russia – just after the end of USSR, the situation in the country was…peculiar, to say the least. Director Aleksei Balabanov introduces viewers to the downside of those years through the main character, Danila Bagrov, charting Danila’s transformation from military man to professional killer.

The Barber of Siberia

This 1998 film by Nikita Mikhalkov takes viewers back to the year 1885. Shot in a very poetic and historically accurate manner, immersing the audience in the atmosphere of late 19th century, The Barber of Siberia follows the fatal love story between a Russian junker in military academy and a foreign femme fatale, which sees the lives of both characters drastically change.

The latest movie from Alexei Uchitel had sparked huge debate even before its official release this year, due to the plot – the story follows a controversial love story between the renowned ballerina Matilda Kseshinskaya and the last tsar of Russia, Nikolay II. Based on historical facts, the movie is a breathtaking mix of amazing acting and great visuals, while the locations where it was shot are simply stunning.

The Dawns Here Are Quiet

This heartbreaking story takes place in Russia in World War II. It is based on the classic book by Boris Vasiliev and has become known as a TV series thanks to its similarity to the movie of the same name, which was shot back in 1972. The story follows a small female army troop trying to prevent sabotage of a strategic spot, with a high price to pay.

This dramatic 2017 movie by Boris Khlebnikov is set in a small town in Russia. The story centers around ambulance doctor, Oleg, and his desire to save each and every patient – yet meanwhile his personal life is something that needs to be saved. This is a story about balance, dedication and, of course, love.

This amazing 2007 re-make of classic drama 12 Angry Men by Nikita Mikhalkov became a sensation once it was released, and was Oscar-nominated for Best Foreign Language Movie. The story revolves around the discussion between twelve jurors who must decide the fate of the 18-year old suspect in the case they are put on. The whole film is just a great debate about eternal values, such as humanity, freedom and compassion.

The 2014 Cannes Movie Festival winner for Best Screenplay, this film by Andrey Zvyagintsev addresses social issues. ‘Leviathan’ in this movie is the governmental machine, which has huge power and can destroy the everyman with little care or effort. The movie about personal freedom, government and religion.