7 Fascinating Facts About Buryat, One of the World's Most Endangered Languages 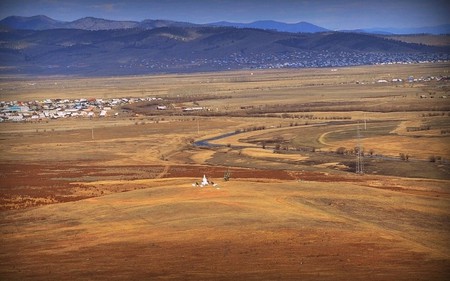 The Buryat minority group are descendant of the Mongols who historically lived in the area of Lake Baikal and first became part of the Mongol Empire in the 13th century. Two centuries later, they joined the separated confederation of Oirat tribes in East Mongolia. Shortly thereafter, Russia began conquering the Buryat territories. Now an integrated part of the Russian Federation, they mostly live in the Republic of Buryatia and nearby territories.

Researches are still debating the origin of the name Buryat. The most likely theory states that the name came from the word bury, meaning wolf, and bury-ata means wolf-father. To avoid confusion chono is another word used for wolf.

The Buryat people are spread out between three countries: Russia, China and Mongolia. The majority of those who still speak Buryat live in Russia. Overall, there are about 280,000 Buryat speakers in the world.

The Buryat speakers use an Uyghur-based writing system, which was also the writing system in Mongolia. Since the 1930s, they have transitioned to the Latin alphabet and later to the Cyrillic alphabet with some additional letters.

In Russia, Buryat is mainly spoken in the Buryat Republic, east of Lake Baikal. This is the largest Buryat-speaking population in the world. It is also spoken north of Mongolia, along the border with Russia, and there is a Buryat-speaking minority in the Chinese autonomous region of Inner Mongolia.

Buryat and Russian are recognised as the official languages of the Buryat Republic. There are certain publications that use Buryat, and it’s also the language used for most day-to-day communication. The local government does their best to preserve the historic language, and different dialects are recognised as minority languages in Mongolia.

The number of Buryat speakers has dropped significantly in Russia since the 1990s, and there are now 40% less native speakers. Action must be taken to keep the Buryat language alive.