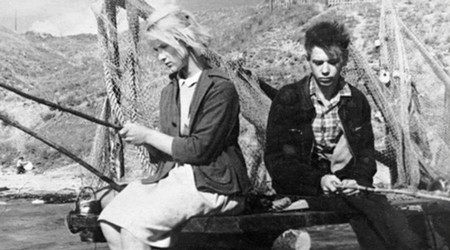 Everything begins in childhood – the bedtime stories we hear and the books we read often define our core values. These seven stories taught several generations of Soviet kids to know right from wrong and even today they are still a wonderful read. Here’s everything you need to know.

Uncle Styopa is the protagonist in a series of children’s poems by Soviet/ Russian poet Sergey Mikhalkov. The leading character, whose full name is Stepan Stepanov (Styopa is short for Stepan) is an incredibly tall officer of Soviet militia, who does good deeds of various kinds: from putting down fires to preventing train crashes to confronting a school bully. The superhero image of Uncle Styopa was so popular, the stories were adapted as cartoons. 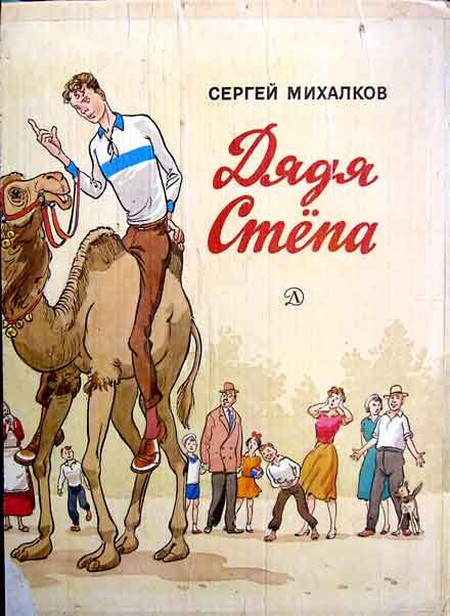 Written by Veniamin Kaverin in 1938-1944, this book tells the story of Sanya Grigoriev, a young boy living in a small provincial town. At the age of eight he finds a lost postman’s bag – the postman had drowned, all the envelopes had become wet and the addresses had washed out. Hoping to find the addresses, Sanya’s neighbour reads the letters aloud to anyone willing to listen, and from one of those letters Sanya learns about a lost Arctic expedition – an event that would eventually change his life. 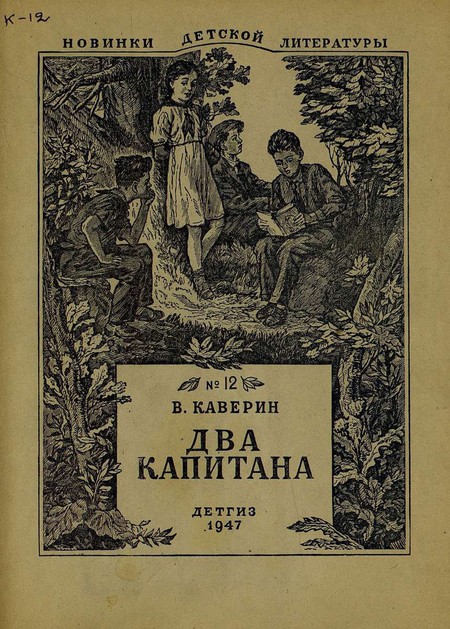 Written in 1939 by Arkady Gaidar, Chuk and Gek was a classic Christmas story – only it happened on the New Year’s Eve, since any religion was abolished in the USSR. Two boys, Chuk and Gek, together with their mother come from Moscow to Siberian taiga to visit their father, who’s been sent there on a geological expedition. After a long and eventful journey, the boys and their mother arrive at the research camp, only to discover that the entire team – the father included – have gone on a ten-day trip to the mountains, leaving them to survive in the wilderness on their own with the few supplies they have on them. 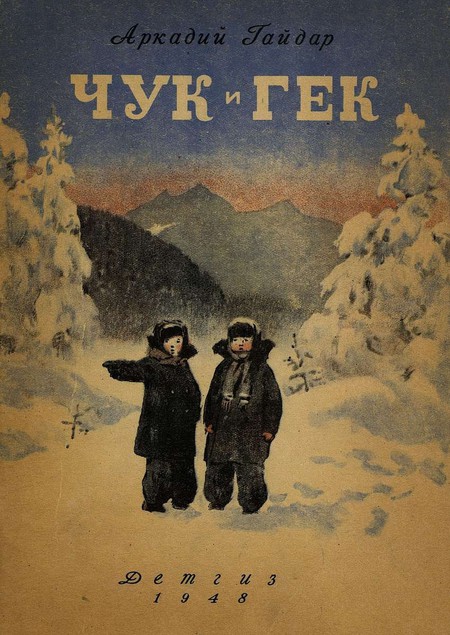 Chuk and Gek | Courtesy of Detgiz

Vitya Maleev at School and at Home

Created in 1951 by the acclaimed Soviet children’s writer Nikolay Nosov, this book tells a story of one boy’s transformation from an underachiever into an A student. The simplistic plot, in fact, mirrored the catastrophic situation in Soviet schools, caused by WWII and the fact that millions of children missed up to six grades of school. This humorous and inspiring book was meant to become sort of a self-help manual for struggling students. 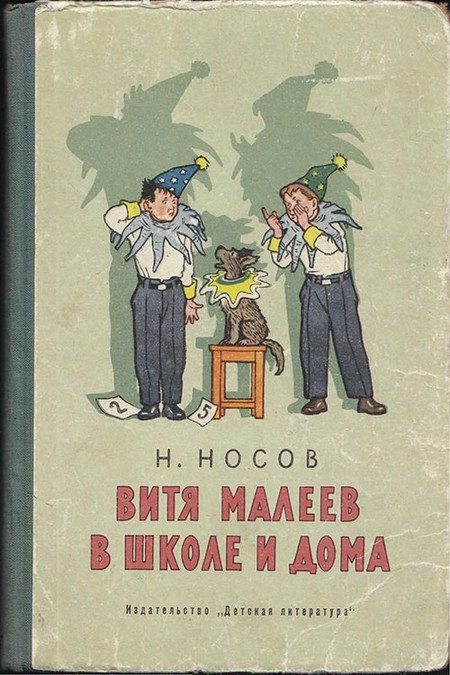 Vitya Maleev at School and at Home | Courtesy of Detskaya Literatura

The first book in the trilogy by Anatoly Rybakov, Dirk is set in 1921, during the Civil War. The book’s protagonist Misha Polyakov, finds himself in possession of a naval dirk, with an encrypted message hidden in its handle. To solve the mystery, Misha together with his friends go on a search for the lost scabbard, which supposedly has the key to the message. 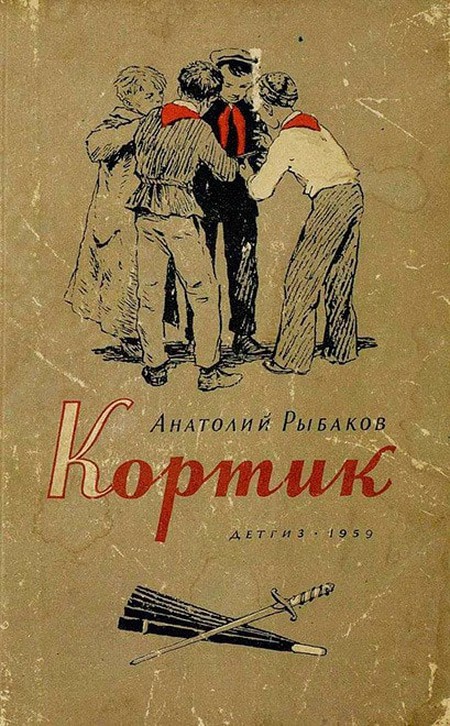 Although author Ruvim Frayerman claimed The Wild Dog Dingo to be “a story of first love”, this classic coming of age drama raises timeless questions, like the importance of forgiving your parents and strengthening father-daughter relationship.The book sees 14-year-old Tanya living with her single mother in a small town in the far east, but the girl’s life is about to change when her estranged father comes from Moscow together with his new wife and foster son Kolya. 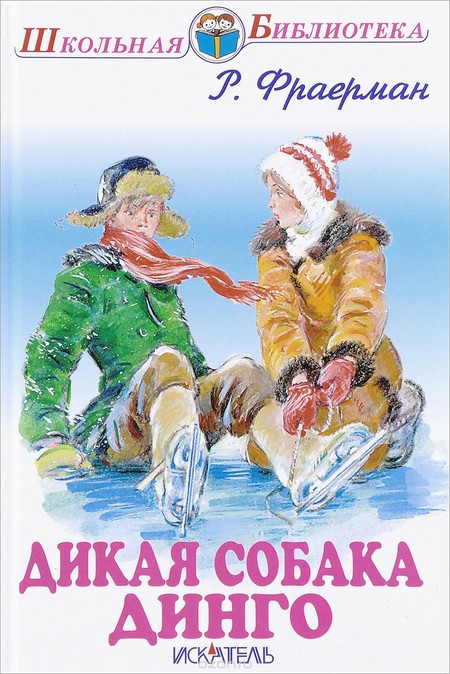 Timur and His Squad

No other book can surpass the impact made by Arkady Gaidar’s Timur and His Squad – the story of a ‘good gang’ led by young Timur, that inspired the ‘Timur movement’ all over Soviet Russia and other socialist states. The story follows a 13-year-old daughter of the Red Army Colonel named Zhenya, who together with her older sister Olga come for the summer to the family dacha, a country house. Soon Zhenya meets Timur, a noble and brave leader of a mysterious organization. Timur’s Squad, comprising several dozen teenage boys, secretly help seniors, minors and families of the Red Army officers and soldiers. The book has everything that makes an ultimate YA hit: adventures, teen romance and a happy ending. After the book and an eponymous movie release, the Timur movement spread all over the Soviet Union. 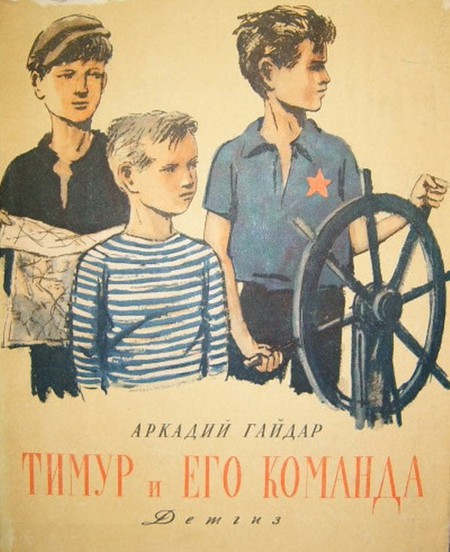 Timur and his Squad | Courtesy of Detgiz
Give us feedback