7 Award-WInning Soviet Films You Should Watch 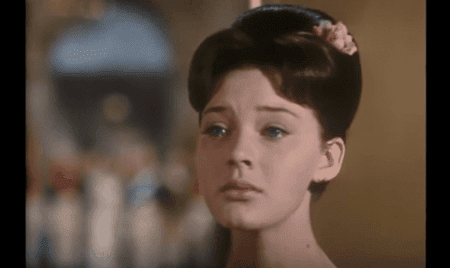 Although many of the films to come out of the USSR were propaganda, there were a handful that managed to transcend government agendas to become great artistic works. True to the Russian soul, they are epic dramas and war sagas that capture the complexities of Soviet life. Here are some of the best award-winning film to have come out of the Soviet Union.

Not to be confused with the 1956 American film of the same, the Soviet adaptation of Tolstoy‘s classic epic claimed an Oscar, a Golden Globe and the Grand Prix at the Moscow International Film Festival. Produced by the prolific state-run Mosfilm studio, it is a war drama that navigates the French invasion and the impact that the Napoleonic era had on five well-off Russian families. The film was released in four installments between 1966-67 and took six years to make. Production cost over 8 million Soviet rubles, which make it the most expensive film ever to be produced in the USSR.

Another Mosfilm production, The Cranes Are Flying received a Palme d’Or at Cannes in 1958 – the only Soviet film to do so. It portrays the human cost of WWII, by following Veronika, a young woman whose boyfriend, Boris, goes missing in battle. While the war still rages around her, she moves into Boris’s family home where his cousin has his own plans for Veronkia. The film’s heroine has been praised for her complexity and depth and was an important role for Tatiana Samoilova, the actress who played her.

A Soviet-Japanese co-production, the Oscar and Golden Globe-winning film was directed by Japanese luminary, Akira Kurosawa. Based on the expeditions of explorer Vladimir Arsenyev, the film is shot almost entirely outdoors in Russia’s Far-East wilderness. A meditation of sorts, the film explores the relationship between humans and the environment, an unlikely friendship and the loss of strength that comes with age. The film is based on Arsenyev’s 1923 memoirs of the same name.

Two stories entwine in The Asthenic Syndrome‘s plot. One told in colour, the other in black and white. One tells the story of a recent widow who is on the verge of a nervous breakdown after burying her husband. The other focuses on a school teacher who has an epiphany about the human condition after being admitted to a psychiatric hospital. Made as the Soviet Union was on the brink of collapse, this avante-garde film is a portrait of a world after a profound change and won a Silver Bear at the Berlin International Film Festival.

Another Mosfilm production, Ivan’s Childhood is the first of Andrei Tarkovsky‘s seven films, and earned him international recognition. Taking out several international awards, the film portrays the atrocities of war through the eyes of a young orphan boy. Similarly to the Cranes Are Flying, the film focuses on horrors of WWII and the damage it inflicted on the Soviet people. It follows Ivan as he works as a scout for the Red Army and befriends three soldiers.

Another wartime epic, the film follows Sasha who returns to life after the war. He bumps into a street vendor he recognises as a military nurse he was in love with during the war and attempts to strike up a relationship despite being married. What follows is a love triangle of sorts, that is handled in a very Russian way – the ending is honest, but not necessarily happy. The film won a Silver Bear for the actress who played Sasha’s quietly-suffering wife.

Yet another Mosfilm production that won an Academy Award for the Best Foreign Language Film. Three small-town young women befriend each other when they move into the same work dormitory in Moscow. After a fateful night at a dacha, the film jumps forward twenty years to see how that night changed the women’s luck. Their new lives are upturned when Rodion, a man present at the dacha that night, returns.