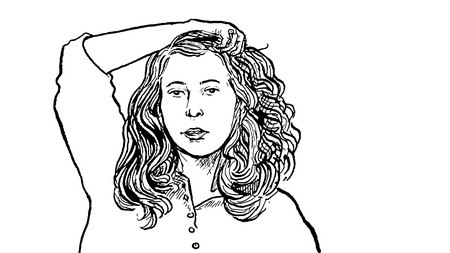 As part of our “20 Literary Translators Under 40” series, we interviewed Russian language literary translator Bela Shayevich

Specializes in: Literature and poetry from the former Soviet Union

Read: An excerpt from Second-Hand Time by Svetlana Alexievich

What are you currently translating?
Right now, I’m editing Thomas Campbell’s translation of Victoria Lomasko’s collection of graphic works, Other Russias, due out with n+1 in early 2017. My true heart collaborator Ainsley Morse and I, are also polishing off a book of poet Igor Kholin’s poetry and diaries for Ugly Duckling Presse. It’s called Kholin 66 and will also be out in early 2017. Once we’re done with that, we’re going to tackle poet Lida Yusupova’s Dead Dad.

Can you describe your collaborative translation relationship with Ainsley Morse? How does it work?
Ainsley Morse and I began translating together over email, playing a game, sending poems back and forth. It was so fun—my surprise and delight at her solutions and her surprise and delight at mine, we’d get so excited about the poems. I quickly realized I didn’t want to translate without her. When we work together, we are each other’s second set of eyes, and hands, (and souls). And even when we’re not directly co-translating a text, her insights as someone who knows the language, understands the literature, and knows my pitfalls, makes her much more than just a reader or an editor. I think translation is most beautifully open to collaboration if you are so lucky to find someone you feel in tune with. With another person, you have a fellow detective to seek out meaning with, and then you get to riff. It’s beautiful.

What approach or procedures do you take when translating?
I prefer collaborative translation over everything else. My friend Nadia Berenstein once said that all writing is collaborative, and I think that’s absolutely true. More often than not, two or three heads are better than one (especially when one of those heads belongs to Ainsley Morse.) The work that emerges from dialogue, trial by argument, has so far proven to be the best that I’ve made as a translator and the most fruitful for my personal growth and development.

What kinds of works or regions do you gravitate toward?
I am primarily interested in Russian and Soviet non-official literature – works that were forbidden in their time, or which criticize the current political status quo. I think that as a translator, my job is to help give voice to voices most often silenced. These voices are important because they provide models of resistance, inspiration for original and independent thinking in the Anglophone world.

Who or what are some untranslated Russian writers or works that you would like to see in English?
More women. Weird women. Queer women. Non-slavic women. Young women. Old women. Forgotten women.

What is a recent translation challenge you faced?
Not enough time to do more!