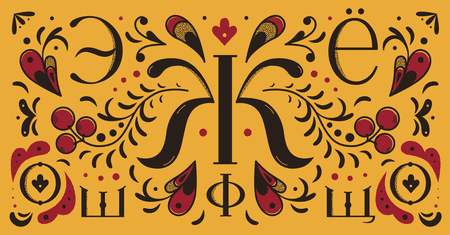 The Russian language is not for the faint-hearted. The challenging grammar and pronunciation rank it high among the most difficult languages in the world to learn. Yet the beauty of both the Cyrillic alphabet and the eloquence of the lengthy words make it well worth the effort. Here are 11 words that will make you swoon over the Russian language.

This word is derived from the Russian word ‘breathe’. The verb вдохнуть originally meant ‘to take a breath’ or ‘to inhale’. It later adopted the meaning of ‘becoming inspired by something’, to literally feel a sudden, productive state of mind, which comes as quick as a breath.

This is an old word with an Indo-European root. This term is similar to the Ancient Indian word, ‘lelayti’, which means ‘to rock to sleep’. There is even a similar word in modern English – to lull.

This term is used when describing how a child is rocked to sleep in either its crib or in its mother’s arms. The origin of the word is linked to a verb that is not used in modern Russian anymore, баять, which means ‘telling meaningless stories’ or ‘singing meaningless songs’.

This is a relatively modern word that has been adopted from the French palisade. It was first used during the time of Peter the Great when there was a fashion for all things European. It was first used in the military, but then became a popular word for a front garden surrounded by a low fence.

We often don’t think about the origins of the names for seasons, yet there is more meaning to them than expected. In the Slavic calendar, the names of the seasons reflect the weather conditions and events related to them. Осень means ‘Autumn’, which comes from the pre-Slavic word meaning ‘harvest’.

The creation of this adjective goes back to the phrase ‘to give’, дать. Combined with a prefix, it means ‘to step forward’, ‘to cross a line’. Alongside its main meaning, used to praise someone or something, the word can also mean ‘something that steps out of line’, like a body part for example.

Another old Slavic word, this word, like many others, comes from the Indian predecessor ‘dheus’, which means ‘to disappear in the air’. Similar words can be found in other European languages, such as Norwegian and Swedish.

The word счастье has a root and a prefix that have blended over time. The old root часть meant ‘a part’, which was a synonym for ‘having a good fate’, ‘having a good part’. Yet the prefix с is more mysterious. It was likely derived from the Sanskrit prefix su-, which means ‘good’. This is a rare prefix in Russian, preserved only in a few words.

There’s nothing like a hot bowl of cabbage soup to make a Russian feel at home. The word we use to describe this soup has changed over time; it used to be pronounced as ‘sti’, a word used in the sixteenth century meaning ‘nourishing’ or ‘filling’.

Although this term is usually used to describe high-heeled shoes or any elegant women’s shoes in modern day, back in the eighteenth century, it had a more plain meaning. It comes from the German word ‘pantoffel’, which refers to slippers, or shoes without a heel.

This word is a common term of endearment, usually used towards women or children. To create this word, a very common suffix is used that can make a diminutive out of most nouns in Russian. Without the suffix, the noun means ‘paw’, which could refer to a human arm or leg, depending on context.

For more about the Russian language read our article on beautiful Russian last names and their meanings.