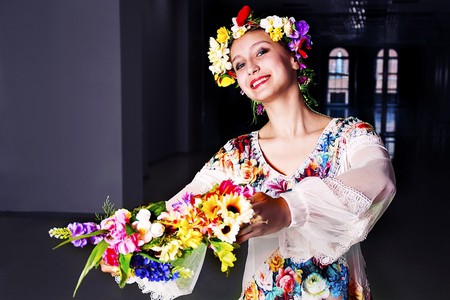 Of all the world’s nations, it is possible that Russians are the ones that get stereotyped the most. As amusing as these national clichés may sound to an outsider, Russians don’t find them very funny at all.

Everyone is in the Russian Mafia

Even though this myth inspired a lot of foreign action movies, out of more than 144 million people living in Russia, very few are in the mob, the majority are law abiding people with regular jobs and a normal life.

Being one of Russia’s national treasures, vodka is indeed a very popular drink. However beer is just as popular – especially with the rise of craft beer culture, and only slightly more popular than wine. And, believe it or not, some Russians don’t drink at all. 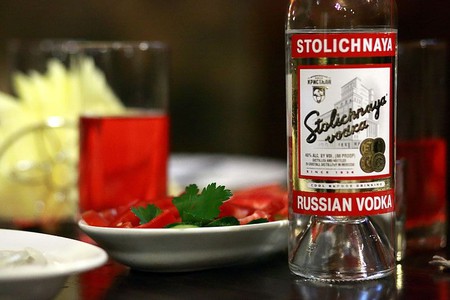 This one is straight up unfair: saying that all bride scams are set up by pretty Russian women is an insult to a population of beautiful Russian girls out there. Sadly, these things do happen, but if all cute Russian girls were prop brides, there would be no money left in the Western world.

Apparently once Russian women are done looking for a rich husband, they turn into spineless unkempt homemakers, that just cook a lot. This clichéd image of Russian ladies couldn’t’ be any further from the truth. In fact, Russian women are extremely independent and, as a Nekrasov, a Russian poet said “can stop a galloping horse and enter a burning house.”

There is a couple of bear-owning Russian newsmakers responsible for this myth, but the majority of Russians stick to more traditional cats and dogs when choosing a animal companion.

They do, but rarely at strangers, as they never smile for the sake of being polite and beam mostly at friends and family. Also, they say that laughter without reason is a sign of stupidity, so when a Russian smiles at you, this is most certainly genuine and well deserved.

Russian literature is all about Tolstoy and Dostoyevsky

Those are fantastic authors, but Russia has centuries of literary history before them and over a hundred years after.

Russia is a vast country with seven climate zones, so the weather can get pretty extreme: from +45℃ in summer Kalmykia to deathly -64° in Oymyakon in winter. However, most of the country is in the temperate zone, and the Black sea coast – where Sochi is – is in the subtropics. 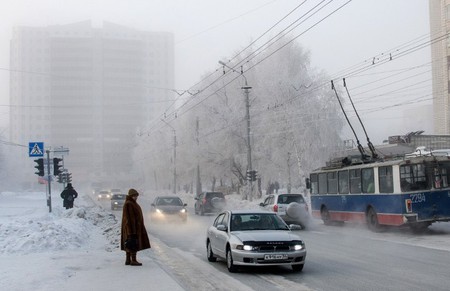 All Russians have USSR nostalgia

It’s true that many Russians think somewhat affectionately about the USSR – especially those, who had lived most of their lives in the Soviet Union, however, 75% of those missing the Soviet past never expect it to come back.

That would be like saying that all French people wear berets, or all Americans wear baseball caps.

Russian’s are either cunning or dumb

This myth is fuelled by the many Hollywood movie villains, that usually fall under these two categories and sometimes even manage to be both. Needless to say, you’ll find all kinds of people in Russia: kind, angry,cunning, friendly, reserved and dumb too.

Dill is everywhere in Russia

Russian cuisine might be a bit heavy on the dill, but gets some seriously bad press too. Don’t make up your mind before you try it – especially with all those new Russian cuisine restaurant popping up around the country, that source from the country’s rich culinary tradition and use only local ingredients. 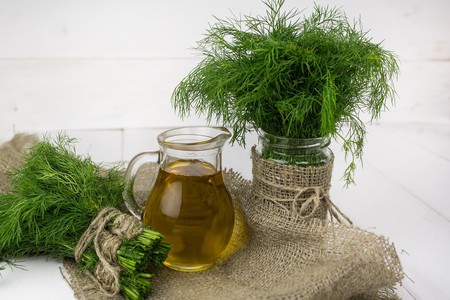 Russians, especially women, do love dressing up. But who doesn’t ? This is only true for Russians living in cities, where women can wear heels and a fancy dress for a casual walk. In rural areas people are far less glamorous.

There are indeed a lot of superstitions in Russian culture, but they should be treated as part of national folklore collection. In fact, some of them are just hilarious.

This one might actually be on Russians: with all those Youtube videos of crazy driving, ice-swimming and bear hugging, it’s easy to assume there things happen every day. Although it’s far from reality, this is a favorite media stereotype to cash in on. 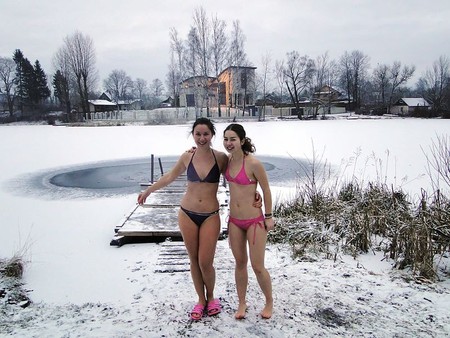 Winter event in Russia: Two young ladies will bath in a frozen lake | © Nikolay Dikiy/Wikimedia Commons
Give us feedback