Unusual Facts About the Soviet Union 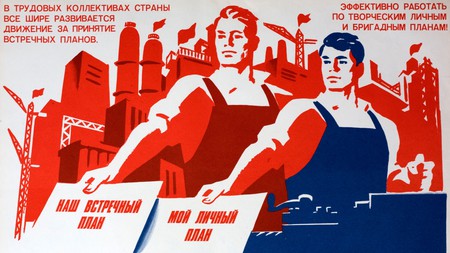 A state shrouded in secrecy and mystery, the Soviet Union (USSR) was a nation of intrigue. Over 69 years, the socialist government built a communist society, famously lead by Josef Stalin for many decades. From surprising cultural proclivities to peculiar government cover-ups, here are some facts about Russia that demonstrate how strange and incredible life in the Soviet Union was.

Bollywood offered respite from the frequent hardships of day-to-day life for many Soviet citizens, and an opportunity to escape into vibrant musical worlds, filled with elaborate drama and dramatic love stories. The Soviet audience was also sympathetic to Indian partition and desire for independence from British rule. The reoccurring themes of triumph of good over evil also resonated with the crowd. So strong was the love for Indian cinema, that actor Raj Kapoor was as popular in the Soviet Union as he was in his homeland. 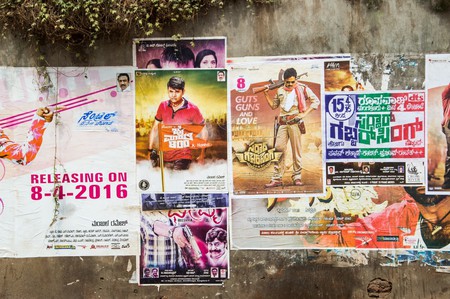 Sweden, not the USSR, was the first to acknowledge the Chernobyl disaster

In Soviet Ukraine, on April 26, 1986, the fourth reactor at the Chernobyl nuclear power plant exploded and the result was catastrophic. Even though the explosion was on Soviet territory, the regime did not publicly acknowledge it. Within days, the radioactive plume triggered Sweden’s radiation alarm, which forced the State to finally admit that there had been an incident. Even then, the regime denied the disaster until Sweden threatened they would file an official alert with the International Atomic Energy Authority. 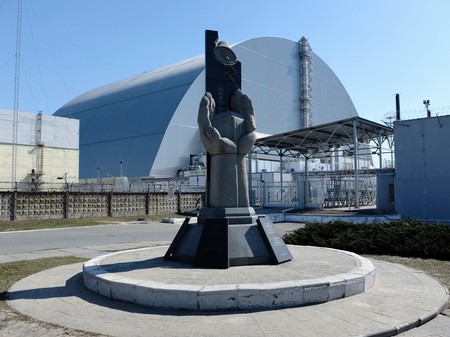 A government department was founded to study Lenin’s brain

Although the rest of the Soviet Union’s founding leader remains embalmed and on display in the mausoleum in the Red Square, his brain does not. Lenin’s brain lives in the Moscow Brain Institute, a government department that remains open today. The institute was established because scientists thought that the study of Lenin’s noggin would reveal his genius. However, the study of Lenin’s brain revealed that it is just a fairly standard brain. The institution has also studied and preserved the insides of several other people of note, such as Stalin, poet Vladimir Mayakovsky and filmmaker Sergei Eisenstein.

The USSR sent animals into space

Not only did the USSR send the first human into space, their prolific space programme sent the first animal into orbit too. Before Yuri Gagarin entered the atmosphere, the State needed to test the effects of atmospheric pressure, so the first real pioneer of space was a street mongrel called Laika. She was taken from the Moscow streets, as scientists believed strays would be more resilient than domesticated pets. Although Laika’s mission was instrumental in the success of subsequent space ventures, she died early on in the mission. However, in death, Laika became a huge pop culture figure and lives on in the hearts of many Russians. 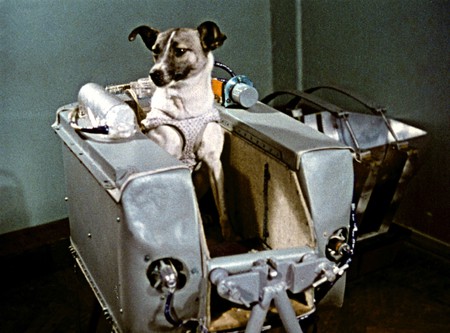 Laika aboard the second Earth orbiting satellite. A still from the documentary The Soviets in Space (1968) | © SPUTNIK / Alamy

Despite the universal ban on Western culture, the film adaptation of The Grapes of Wrath (1940) was permitted to be screened because it showed the struggle of the disadvantaged and working class in capitalist USA. The film’s run, however, was brief. This was because Soviet audiences were amazed that even the most downtrodden American could afford a car, and so the State banned it.

The secret tunnels and bunkers that remain in Russia today serve as memorials to the paranoia of the Soviet times. In Moscow, underground tunnels led from the Kremlin to secret train stations in case of the need to flee. Stalin even had plans drawn up to create a secret, truncated metro service below the existing system. In the Volga port town of Samara, a bunker was found after the Soviet Union collapsed, despite being built in 1942. It can hold up to 115 people for up to five days before air supply runs out. 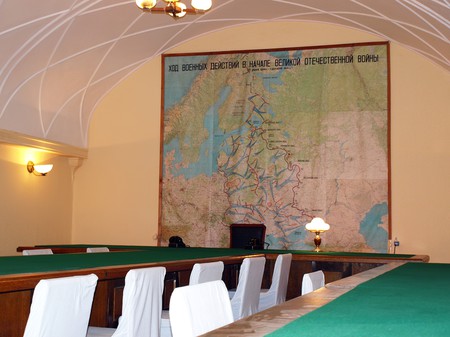 The last leader of the Soviet Union not only introduced perestroika and glasnost, but he released an album too. The one-off record was sold for around £100,000 ($130,000) at an auction to an unknown bidder in 2009. In memory of his wife, the sentimental former head of state called the album Songs for Raisa, and it contains some of her favourite songs. The money the album raised went towards a charity in her name, which was set up to fight childhood cancer. 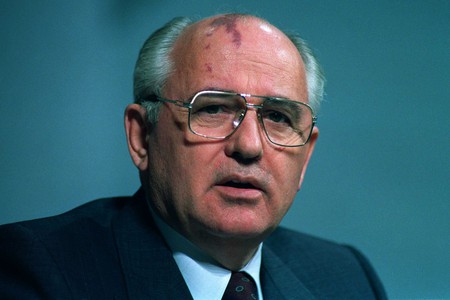 In the ’50s and ’60s the Soviet Union and the USA were in a race to see which nation could drill the deepest hole into the earth’s crust. By 1994, the Soviet Union dug the Kola Superdeep Borehole, and at the time, it was the deepest hole in the world. Located in the Murmansk region in the Kola Peninsula, the hole penetrates 12km (7.5mi) of the Earth’s 30km-odd (18.6mi) crust. The process unearthed evidence of biological activity in the Earth that was more than two billion years old.

During the Cold War, secret and double agents were involved in covert operations. On both the American and Soviet side, spies would go undercover as citizens of the other country. However, there was one way for sure the KGB could tell a Soviet citizen from an American spy: all Soviet passports were stapled with soviet staples. Made from poor quality metal, the staples would immediately begin to rust. Fake passports, made with good quality American metal didn’t have rusty staples and were easily identified as fake. 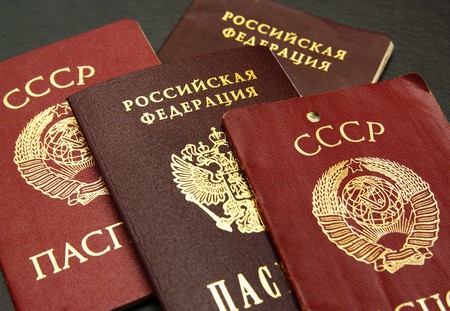 As the German forces bore down on the USSR during World War II (WWII), the Siege of Leningrad and the famine it triggered consumed St Petersburg. Amidst the chaos, a team of botanists, who were cultivating the largest collection of seeds at the time, locked themselves and their seeds away, protecting them from the German military and the starving masses.

The Siege of Leningrad claimed around 632,000 lives. People were driven to extremes by hunger. Desperate people ate pets, and records say some resorted to cannibalism. Yet one by one, the people protecting these seeds chose to starve rather than eat what they saw to be the future of the Soviet Union.

The Soviet Union had a domain name

Early internet providers emerged towards the late 1980s and the early 1990s. Given that the Soviet Union officially collapsed in 1991, it technically made it into the digital world, and it has a domain name to prove it. While .su only lasted officially for around 15 months, cybercriminals extended the lifespan of the domain name for much longer, as it was a popular domain choice for online crime.

The Soviet Union mapped the entire world during the Cold War. The endeavour was so thorough, the maps noted the level of buildings in parts. Creepily, these maps also contained details that domestic maps didn’t contain, the kind of details that would come in handy if an invasion of sorts was being planned. Details such as the width of the roads, types of factories and bridge loading capacities were all recorded. These maps were so precise that the USA continues to use them today. 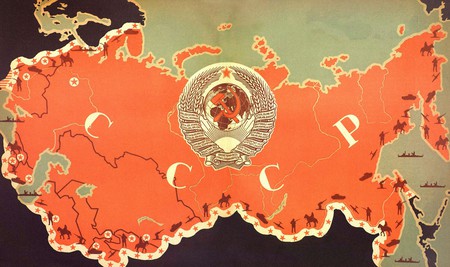 Map of the Soviet Union from a soviet propaganda book in 1937. | © mccool / Alamy

There is a Soviet Hobbit

Before Peter Jackson made his adaptation of J. R. R. Tolkien’s 1937 classic, the Soviet Union made its own. Created in 1985, the film is called the Fabulous Journey of Mr. Bilbo Baggins, The Hobbit. Apparently, many of the actors came from the Leningrad State Ballet and Opera Theatre.

Celebrated war hero Georgy Zhukov was instrumental in ending the Siege of Leningrad. He also was instrumental in the invention of clear cola. He was immediately taken by the drink when General Eisenhower introduced him to it. However, Zhukov could not be seen guzzling the beverage, due to the ideological differences between the USSR and America, which Coca-Cola had come to represent. So Zhukov approached the manufacturers to make him a clear version, which he could pass off as vodka, and they did! In return, the trucks carrying Zhukov’s precious cargo were spared the often long hold-ups when passing through eastern and central Europe as they made their deliveries.