Russians are a superstitious lot – there’s no denying it. As outdated and laughable some beliefs may seem, they still linger in everyday life and we all cautiously follow them. Just in case.

It’s bad luck to return if you just left

It’s not uncommon to step out the front door and to almost immediately realise something was left behind. Returning to fetch it can make the whole day turn in the wrong direction, because when a person leaves the house the spirits bless him for the journey ahead. Returning and leaving again will bring along misfortune. Think twice before returning. If it’s inevitable then make sure to look into the mirror – any evil spirits trying to follow will be reflected.

Don’t give an empty wallet as a gift

A wallet is a universally appreciated gift and therefore a common one. Caution should be exercised when presenting somebody with one. Gifting an empty wallet is still considered poor taste. An empty wallet attracts poverty, so to be on the safe side a symbolic amount of money should be placed inside before giving it.

Before you travel, sit down for a minute

Traditionally the last thing travellers-to-be do before leaving the house for an extended period of time is sit down just outside of the door with all their bags or suitcases. It may seem a rational decision to take the last minutes before leaving to gather your thoughts and make sure everything is ready, but this time of silence is also dedicated to the spirit of the house, allowing him to give his final blessings for the road and to share any final advice. 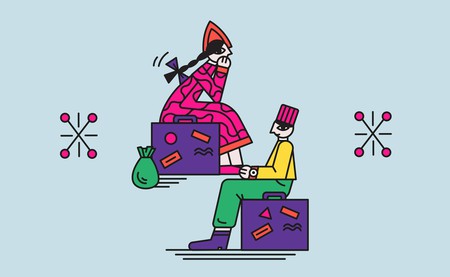 If your cheeks are burning…

Cheeks burning are a natural response to embarrassment or just a very hot day, but when your face starts burning up for no apparent reason there are other things to consider. The right cheek burning is a good omen and means that a beloved or close person is thinking about you. The left cheek on the other hand means enemies are spreading lies and gossip about you. The worst is when your whole face is burning – this means tears will soon be burning your cheeks.

A very specific and strange superstition that remains alive today. Whistling in the house can lead to ‘whistling away your money’ and to other misfortunes. The explanation is quite reasonable. It was believed that evil spirits would communicate with each other by whistling, so a person whistling would call them into the house, bringing along all sorts of misfortunes.

It is believed that opening an umbrella indoors will literally make misfortune rain on you. Some link the belief to the more ancient use of umbrellas – protection from the sun. Thus opening an umbrella inside was considered an insult to the sun god. Others give a more practical explanation. In a small space an open umbrella could be a potential trip hazard. The superstition lives on and Russians try to dry their umbrellas outside the front door when possible. 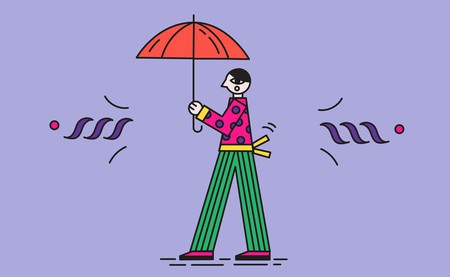 A superstition as old as time, but still one to make somebody on the road uncomfortable. Although no need to panic unless the cat is completely black and crossing from left to right. A reasonable nuisance on the road – a black cat was hard to see in the dark and horses would often stumble on one causing havoc along the way. We may not ride horses anymore, but still cautiously await a cat to cross the road ahead.

If you drop a knife…

When cutlery falls off a table, most people would dismiss the situation or at most curse their clumsiness. Russians believe dropping a knife means that an unexpected guest will arrive in the house. Knifes are traditionally objects related to men, so it was natural to make the masculine connection. The belief has now extended to linking female visitors to forks, but only as an extension of the old tradition.

Don’t shake hands over the porch

This superstitions links back to the belief that the porch was a dangerous place in the house – it was a border between the outside world and the household. Therefore having any sort of interaction would be disturbing to the spirits of the outside world. The custom lives on and any form of greetings, exchange of items or even conversation is not acceptable when the parties involved are standing on either side of the porch. 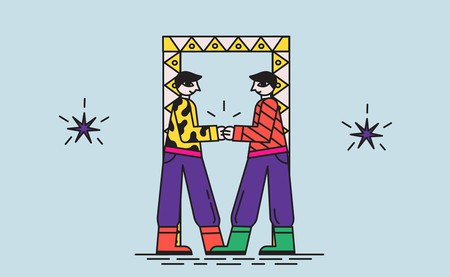 Don’t throw out the trash in the evening

According to old Slavic beliefs, after the sun has set, supernatural beings begin to roam freely. If you bring your trash out at night, these beings can use it in their evil rituals that will bring bad luck to the family. Another less fantastical explanation is that bringing trash out of the house in the dark means hiding secrets and will cause the neighbours to spread gossip about the household.

If salt is spilled…

Salt is said to protect against evil spirits. Moreover it used to be an expensive commodity and therefore spilling it would be a loss to a household, thus the negative sentiments associated with its loss. Luckily there is a way to reverse the negative effect – the spit over your left shoulder thrice and to laugh out loud.