11 Russian Football Terms to Learn for the World Cup 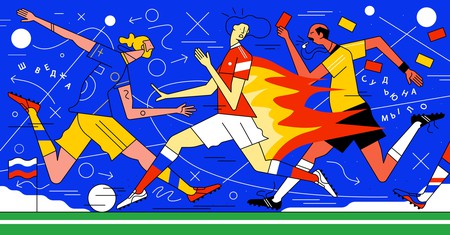 In his brilliant new book Do You Speak Football?, sports writer Tom Williams explores the weird and wonderful ways nations describe the beautiful game. For football fans heading to this summer’s World Cup, wrap your tongue around these Russian phrases.

What the Russians call a ‘dink’ – that light, delicate lob that drops just into the goal. This isn’t about seeing the keeper off his line and launching from 40 yards; it’s edge-of-the-box stuff or executing a moment of calm when one-on-one with an onrushing goalie.

Gorchichniki were mustard plasters used in Soviet medicine and, unsurprisingly, were small, yellow and rectangular. It’s actually the inclusion of mustard powder that gives the plasters their distinctive colour and, as a result, the same name has been applied to players receiving bookings on the pitch.

Think of a lumbering centre-back or a big target man – someone whose inactivity could lead to their feet sprouting roots, causing only more inertia. It could be Fernando Llorente or Peter Crouch up top, or a Neil Ruddock- or Robert Huth-type character at the back. 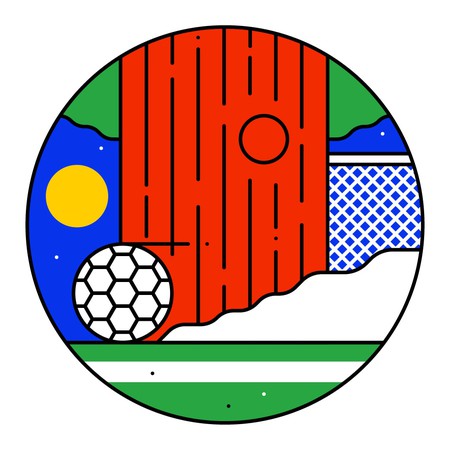 Eduard Streltsov played for Torpedo Moscow and the Soviet Union during the 1950s and 60s. The forward is widely regarded as one of, if not the single best player his country has ever produced, and is lauded for a skill and intelligence that, coupled with his physical attributes, made him an outstanding footballer. His penchant for back-heeled passes led to them being named after him by Soviet fans.

In Russia, if you score directly from a corner then it’s known as a ‘dry leaf’. Achieving such a feat requires a huge amount of whip and curl, with the sharp change in direction making the ball extremely difficult to catch – just like a dry leaf in the wind.

Back in the USSR, when footballers were (in theory, at least) amateur, the term zvyozdnaya bolezn’ came to describe the way in which certain players were treated differently. Those considered stars were often given a wider berth, even receiving under-the-table bonuses and perks, something illegal given their amateur status. More recently, fans have used the term for any players who seem to believe their own hype. 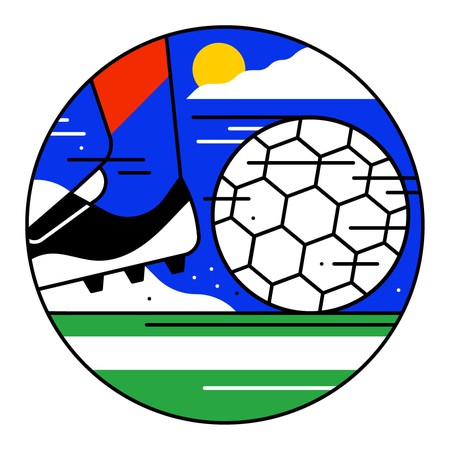 In English-speaking countries the call is the simpler, or considerably less imaginative, ‘man on!’, whereas Russians go with this far more evocative turn of phrase. Specifically, this is shouted at anyone who has the ball and is getting rapidly closed down without them knowing about it. In China, Cantonese players shout the equally imaginative ‘there’s a ghost!’, while footballers in Ireland, somewhat confusingly, simply say ‘house’.

In Russia, what many countries would know as the ‘ground floor’ is called the ‘first floor’, meaning their ‘second floor’ is just above. The same term also applies to any football played in the air. A team that plays long balls would be playing a lot ‘on the second floor’, but it can also refer to a team’s strength or weakness from set pieces, going forward or defending. So, some might say that the likes of recent Stoke City teams, Sam Allardyce sides or the Crazy Gang of 1980s Wimbledon were effective on the second floor.

A ‘Swede’ is a pass with the outside of the foot made famous, for Russians at least, by Brazilians, obviously. Although it was the South Americans that were making the passes, it was the fact that they were doing it at the 1958 World Cup, hosted by Sweden, that led to the term gaining traction.

In Soviet Russia stray dogs were sometimes culled and their fat used to make soap. This unfair treatment has since come to be aimed at referees who are deemed to treat one team harshly, with fans chanting it throughout stadiums. 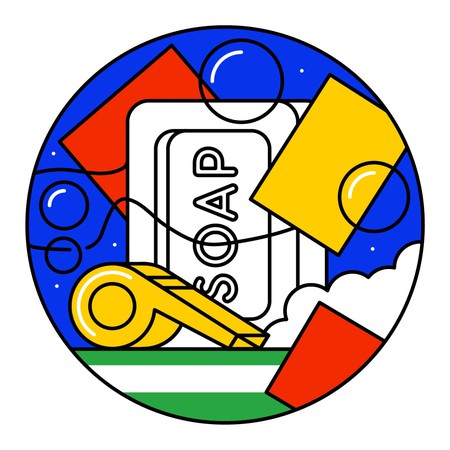 Away days can be great, but they can also be a difficult. Spare a thought for those in Russia who have to travel tremendous distances that covered the breadth of the country, and more so, those that followed their team in the 1960s and 70s – they’re the fanaty. These hardcore supporters would also take longer, more complicated rail routes, just to save money. The term previously picked up violent connotations, although that has since subsided, even despite the recent rise in hooliganism. 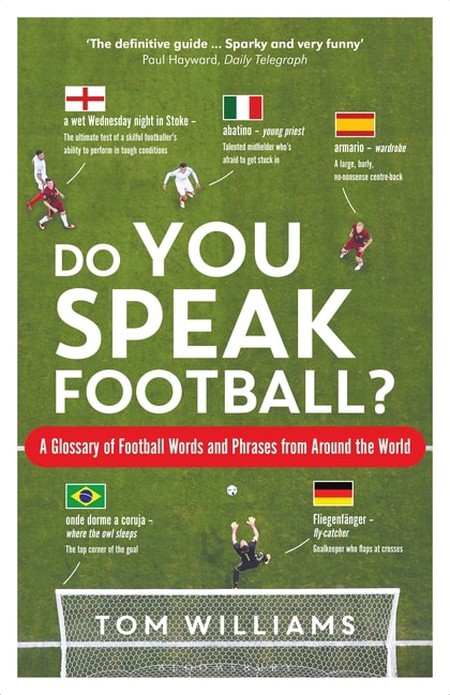 'Do You Speak Football?' | © Bloomsbury Sport

Do You Speak Football? by Tom Williams is published by Bloomsbury Sport (UK), RRP £12.99.