11 Interesting Moscow Facts You Should Know 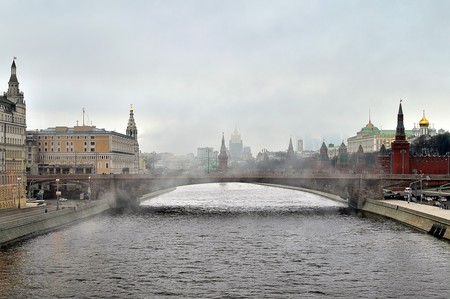 Moscow in the fog | © kolia-fotki/Flickr

The capital of Russia has a long history and as with any historical city, it hides a lot of secrets. Read on to find out some interesting facts you probably didn’t know about Moscow.

Vladimir Lenin died in 1924 and, since then, the maintenance of hiss remains has cost the Russian state roughly 13 million roubles (over £155,000/$210,000) per annum. Every few days, a team of scientists check on his body to monitor the condition of his skin and keep it looking natural. His body, except his organs, is re-embalmed every 18 months. Every once in a while, the scientists replace damaged tissue with artificial material to keep everything working. Many people speculate that the body isn’t real at all. The best way to tell is to see for yourself. 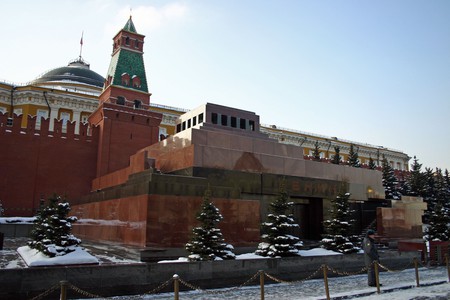 To survive the city’s harsh winters, Moscow’s dogs have had to develop street smarts. While exploring the city’s beautiful metro system, you might spot one of its clever canine residents hopping on and off the trains. They have learnt to identify metro stops by the tannoy announcements, while others have befriended security guards. And, like St Petersburg’s cats, they keep the rat population down.

Yuri Gagarin, the first man in space, is buried at the Kremlin Wall in Moscow

Even before his spaceflight, Yuri Gagarin was greatly admired. When 20 of his peers in the Soviet Space Programme were asked to anonymously vote on who should be the first man sent to space, all but three said Gagarin. Soon after his orbit around earth, his fame skyrocketed. Sadly, he became too valuable to ever return to the skies; a realisation which later led to his deepening depression. He returned to work as a fighter pilot and eventually died on a routine training mission. Since his death, his short but extraordinary life has been commemorated in a number of ways. Buzz Aldrin and Neil Armstrong left medals awarded to the Soviet space explorer on the surface of the moon. His home town has been renamed Gagarin and so has a crater on the far side of the moon. His ashes have been buried at the Kremlin Wall Necropolis, where astronauts of all nationalities come to lay flowers before their own space flight. 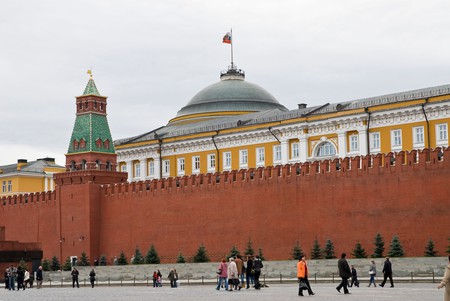 Only 2 percent of Moscow’s population are ‘from’ Moscow

Some reports indicate that only around two percent of Moscow residents have ‘grand-grand parents’ that hail from the city. About half of Moscow’s population comes from other cities in Russia, and the remainder is comprised of immigrants from nearby countries.

In the 1930s, almost all the residents of Moscow’s House on the Embankment disappeared

After Moscow became Russia’s new capital city in 1918, it was decided that a residential building would needed to house the country’s relocated civil servants. ‘The House of Government’, as it was known then, was a luxurious living space, boasting a communal cinema, salon, tennis court and other amenities. But it came at a cost. During Stalin’s Great Purge of 1937-1938, 800 residents of the building were arrested or killed. It had the highest number of arrests and executions per capita out of all of Moscow’s apartment buildings, earning the building its moniker ‘The House of Preliminary Detention’. 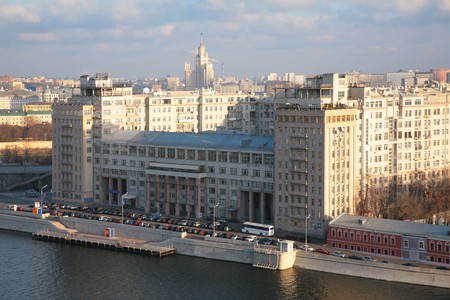 Moscow has an underground river

The Neglinnaya River used to flow freely for centuries, but its western banks remained uninhabited due to constant flooding. A solution was presented in the 18th century. The Neglinnaya was diverted into a tunnel and the old portion was fill ed in. Now it runs underground and flows into the Moskva, and Neglinnaya Street follows the riverbed.

Moscow is home to the 200-tonne Tsar Bell, the largest bell in the world

It took three attempts to make the 200-tonne Tsar Bell. The first version weighed in at 18 tonnes and needed the strength of 24 men just to ring it. But its existence was short-lived. The bell broke into pieces after it crashed to the ground when a fire blazed through the Moscow Kremlin’s wooden bell tower. The same thing happened to the second bell, which was even bigger than the last. Frustrated by all the fires that had blighted plans to have the biggest bell in the world, Empress Anna Ivanovna ordered the third to be one-and-a-half times as large as the last. A 10-metre-deep pit was dug out near the Kremlin to cast it. But while it was being constructed, another fire ripped through the structure that supported the gigantic bell, and nobody could find a way to get it out for almost 40 years. Eventually they got it out, but to this day, no one really knows how it sounds as it has never been rung, though academics have made an educated guess. 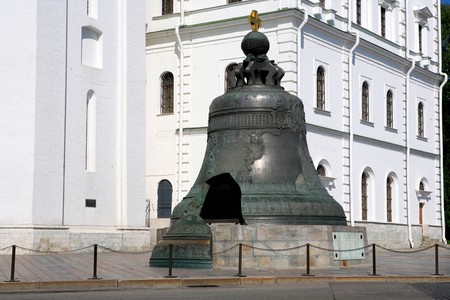 Formerly the home of Stalins’ chief of the secret police, Lavrentiy Beria, 28 Malaya Nikitskaya St. is said to be haunted. According to urban legend, the police chief would kidnap beautiful women from the streets of Moscow and take them home. Once he was done with the women, he would shoot them. Now the site of the Tunisian Embassy,28 Malaya Nikitskaya St. is believed to possess the ghosts of these women. Diplomats have locked up papers in a safe only to later find them scattered around the room. Footsteps are often heard echoing through the building. Those working there have allegedly requested to be moved to a new building.

Moscow has seven skyscrapers that all look the same

Construction of this group of seven buildings, collectively known as the ‘Seven Sisters’, was completed after WWII. Stalin once said: ‘Foreigners will come to Moscow, walk around, and there are no skyscrapers. If they compare Moscow to capitalist cities, it’s a moral blow to us.’ The buildings are Hotel Ukraina, the Kotelnicheskaya Embankment Building, the Kudrinskaya Square Building, the Hilton Moscow Leningradskaya Hotel, the Ministry of Foreign Affairs, Moscow State University, and the Red Gates Administrative Building. 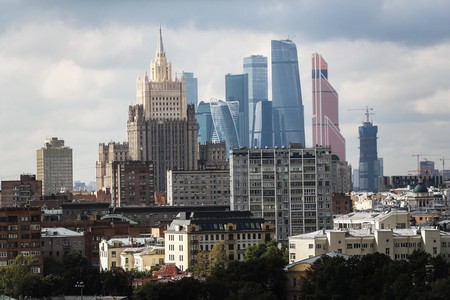 Nowadays the Kremlin is a distinctive red colour, but that was not always the case. In the 18th century, the Kremlin was made of brick and covered with white paint. The change in colour came at the end of the 19th century.

During Maslenitsa, one Moscow company served a record-breaking 12,716 pancakes

During the 2017 Maslenitsa (pancake week) celebrations, a Moscow-based flour company JSC MAFKA served a record-breaking amount of pancakes (12,716, to be exact). The pancakes were made by 16 professional chefs, who didn’t stop flipping pancakes for almost eight hours.