10 Things You Should Know About Fyodor Dostoevsky

If you’ve ever opened a book of Fyodor Dostoevsky‘s, you must have picked up that the man behind it was complicated and fascinating. His books have a unique Russian way of opening up the lives of their characters to be examined and inspected by the reader, who comes out knowing just a little something more about life. Now, the tables have turned. Here are ten things that you have to know about the man himself. 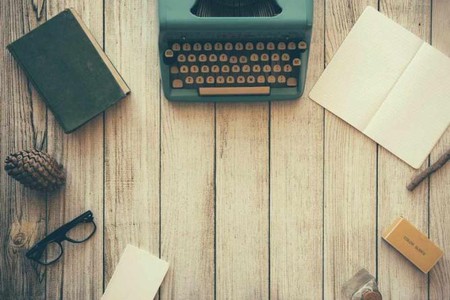 Tools of the trade | © Unsplash/Pixabay

He published his first novel at age 25.

Dostoevsky got off to a good start, because he came from a noble family and therefore was naturally educated as a part of his youth. He didn’t train to be a writer, however; he went to a military engineering institute, even though it did not suit him. He turned to literature before he had even quit his engineering post, first by translating French works into Russian. In 1845, though, at the age of 25, he left translating for greener pastures – writing fiction. This first novel was called Poor Folk, and it has often been described as the first Russian “social novel.”

He wrote one of the first existentialist novels in 1864.

After Soren Kierkegaard wrote the texts that formed the basis of existential philosophy, it did not take Dostoevsky long to write what many consider to be the first existentialist novel, Notes from Underground. The basic idea of the philosophy is that individuals form the basis of philosophical thinking, and each individual is responsible for endowing life with meaning. Now we can all think of a few existentialist works off the tops of our heads – for example The Trial, The Stranger, or Waiting for Godot, but Dostoevsky started it all off in 1864 with Notes from Underground. 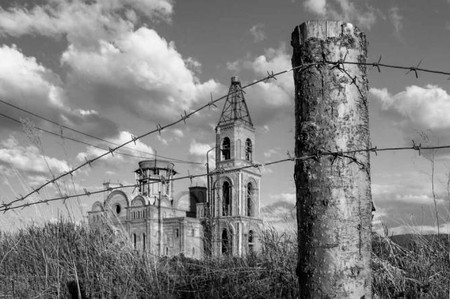 A scene from Siberia | © A_Werdan/Pixabay

He was once condemned to death.

In the 1840s, Dostoevsky took part in a literary circle whose eventual goal was social reform. They read banned books and discussed potential social change – getting rid of censorship and serfdom, for example – at a time when these ideas were particularly terrifying for those in power, given the political atmosphere in Europe. When they were caught, they were immediately sent into a high security prison and then sentenced to death. Right before the execution was scheduled to happen, a messenger arrived with a stay from the Tsar. Instead of losing his life, Dostoevsky was sent to Omsk, Siberia, for eight years of hard labor.

His parents greatly fostered his love of literature.

As previously mentioned, Dostoevsky’s parents were wealthy, and educating their children was a high priority for them. He had a nanny who began reading him old sagas and fairy tales when he was only three, and then his mother used the Bible to teach him to read and write at the age of four. His lifelong devotion to literature grew out of the foundation that his parents gave him as a child, which spanned not only the Russian greats like Alexander Pushkin, generally recognized as the father of Russian literature, but also international literary icons such as Cervantes, Goethe, and Homer.

While Fyodor Dostoevsky’s mind was in much better working order than most everyone else’s, his body was most certainly not. His sickliness first began to show against the backdrop of other, healthy young men at the military school, and then he started having seizures occasionally in 1839 at the age of 18. During his exile in Siberia, his seizures got worse, and then although he was meant to serve in the military on his return, he was quickly discharged because of poor health. He did of course manage to carry out a full life, but towards the end of his life, his sickness started gaining on him, and a series of other complications caused him to die at the age of 59, in 1881.

He was a huge inspiration to numerous other writers.

Just as Dostoevsky stood on the shoulders of the giants whose work he read as a child, he would eventually turn into one of the giants who would go on to inspire and support myriad other literary luminaries. Franz Kafka called him a “blood relative,” and Dostoevsky’s influences on his work are clear. Masters of prose like Ernest Hemingway and James Joyce hold him up as one of their great idols, and others, like Nietzsche and even Freud appreciated him more for the way he was able to seamlessly weave the deep and dark intricacies of human psychology into his stories.

Tsar Alexander II asked him to teach his sons.

In the later years of his life, Dostoevsky’s fame had reached far and wide, and his work was widely appreciated both in Russian and in the rest of Europe. He had often traveled in Western Europe, particularly to the German bath town of Bad Ems to be treated for his sickness. When he arrived back to Russia from one of these trips, Tsar Alexander II called him in to read from one of his forthcoming works, and when he was pleased with the presentation, he asked him to teach his two sons. This, unsurprisingly, was the ultimate networking connection for Dostoevsky, and it hugely increased the number of famous and important people whom he could call friends.

He was an honorary committee member of the Association Litteraire et Artistique Internationale.

As his health declined, his fame just continued to increase. In 1879, a year deeply tarnished by the death of his son Alyosha, he also received numerous great honors, including being appointed to the honorary committee of the Association Litteraire et Artistique Internationale. This put him in the same group as Victor Hugo, Leo Tolstoy, Ralph Waldo Emerson, Henry Longfellow, and Alfred Tennyson, among others. It had been founded the previous year by Victor Hugo, and still exists today with the primary aim of protecting the rights of writers and other artists.

He had several affairs.

Dostoevsky was married twice (the second time after his first wife passed away in 1864), but that in no way limited his romantic liaisons. His first love affair happened before he was even married, with a woman about whom he was unsure and who then rejected his marriage proposal. His next two happened while he was married to his first wife; one was a comedic actress and the other was a woman he loved in spite of what he perceived as her great egotism. His affairs ended after he met his second wife, Anna Grigoryevna Snitkina, who was working as a stenographer on his novel The Gambler. She married him when she was 21, and he died when she was 35. She would never marry anyone else. 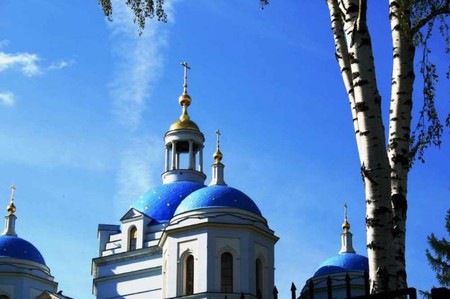 He was extremely fascinated with Orthodox Christianity.

Besides human psychology, another one of Dostoevsky’s preoccupations was with religion, specifically with the Russian Orthodox Church. He grew up deeply Orthodox, but then his devotion started to change its form as he came into contact with elements of the Church that he didn’t like, such as the priests out at his work camp in Siberia. He maintained a constant devotion to Christ as a figure, even if the actual form of his belief system had apparently changed. Although he explores the subject in numerous books, he never outwardly states his fundamental beliefs on the subject, thereby leaving scholars to discuss them up until now.