10 Things You Should Know About Celebrating Easter in Russia 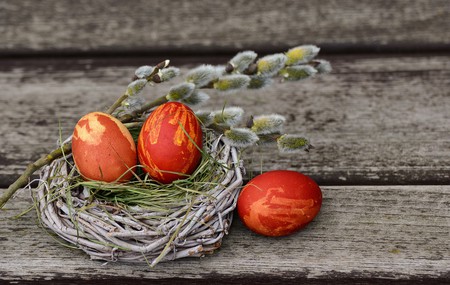 April 16, 2017 is Orthodox Easter Day in Russia, a holiday so important people celebrated it even during the atheist Soviet era. To this day Russians observe many Easter traditions, just the way their ancestors did. Although there are no Easter bunnies or chocolate eggs, celebrations involve unique and beautiful customs—here are some of them.

Easter is known as Paskha

Easter in Russia is called Paskha (Пасха). The name presumably derives from the Jewish holiday of Pesach, which was dedicated to the release of Jews from Egyptian slavery. Another origin theory says it comes from the Greek phrase “I suffer”. In accordance with Christian tradition, the word signifies transitioning with Christ from death to eternity and from earth to heaven.

Russian Easter shifts from year to year because it falls on the first Sunday after the first ecclesiastical full moon. Paskha is usually celebrated later than Catholic Easter, because the Russian Orthodox church follows the old Julian calendar, unlike the Roman Catholic and Protestant churches, which have been using the Gregorian calendar since the 16th century. 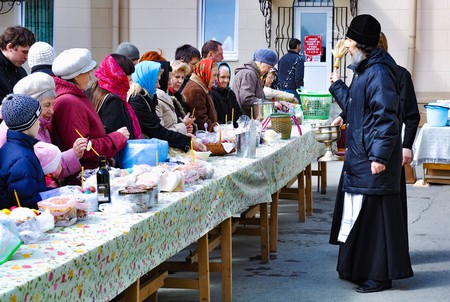 Paskha is preceded by 40 days of Great Lent, the most important event in the Orthodox church year. Those who observe it are not supposed to eat meat, dairy and, on some days, even vegetable oils. On the last Friday before Easter (Good Friday), no food or drink should be consumed until the evening.

Russians are supposed to do all their pre-Easter chores during the last week before the holiday, also known as the Holy Week. Houses should be thoroughly cleaned before “Clean Thursday”, which is when Russians dye and decorate eggs. On Saturdays, everyone cooks traditional Easter food and those who fast are not allowed to taste it while cooking. It is also common to bless the food at church during the night service. 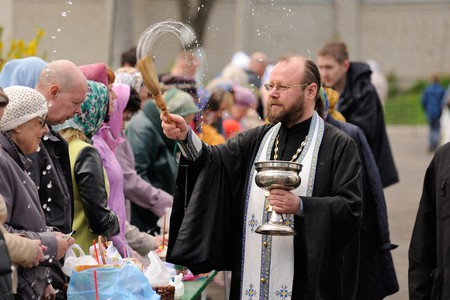 There’s a church service at night

In Russia, the Easter church service starts on Saturday evening and lasts until dawn. This is usually an impressive ceremony with candle lights and liturgical chants, attended even by those who don’t attend mass frequently. At midnight, the bells are rung to announce the resurrection of Christ; the priest says “Christ is risen!” and parishioners are supposed to respond with “He is truly risen!” 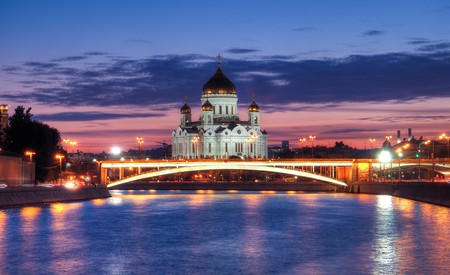 Cathedral of Christ the Saviour at night | © Kishjar/Flickr

Eggs are more important than you think

Easter eggs are arguably the most important part of the holiday. Hard-boiled eggs are traditionally painted red using onion skins; they symbolize resurrection and new life. Exchanging eggs is one of the most popular Easter customs. Another less common practice is to keep the eggs until the following Easter, which supposedly helps protect the house from floods, fires and other natural disasters. 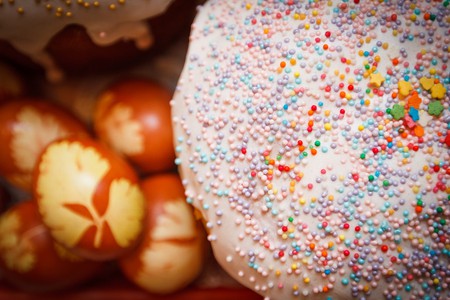 On Easter morning most families in Russia, no matter how religious they are, will probably enjoy a traditional breakfast of eggs, kulich (кулич)—a special kind of yeast bread, and paskha—a pyramid-shaped cake made of cottage cheese and raisins. Even though food stores offer ready-made kulichi and paskhas, many people prefer to make them using family recipes that have been passed down from generation to generation.

Russians rarely stay at home on Easter; this holiday is all about family gatherings and festive dinners. So throughout the day people exchange Easter eggs, kiss each other on the cheek three times, and often say “Christ is risen!” to each other, responding with “He is truly risen!” 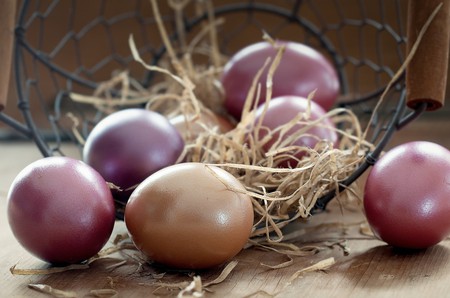 Easter has its own games

Russian Easter celebrations include various games, which unsurprisingly involve the use of Easter eggs. The most popular one is rolling the eggs along the floor or down a slope, and the one that reaches the base without breaking wins. People also try to crack each other’s eggs and the one whose egg cracks last is the winner.

The first week after Easter is considered holy, during this period church services are held with their holy doors open—symbolizing Christ opening the kingdom of heaven to all people. In fact, the 40-day period between Easter and Ascension Day is referred to as paschal (пасчал).