10 Things to Do in Sochi If You Love Nature 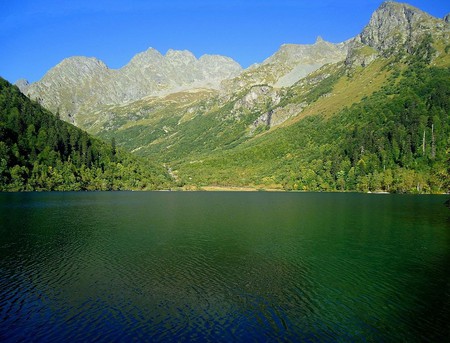 Host to 2014 Winter Olympics, Sochi is now mostly known for the snowy slopes of Krasnaya Polyana and Rosa Khutor Alpine resort. However, the “Russian Riviera” is much more than a glorified ski-resort. With its picturesque waterfalls and pristine lakes, alpine meadows and spruce-fir forests, snow-capped mountains and dreamy river valleys, Sochi is an ultimate nature lover’s dream.

Founded in the middle of the 19th century, this village only consists of two streets and two lanes. Circled by a picturesque chestnut forest, Aul Tkhagapsh is surrounded by many visually-arresting natural landmarks – a mysterious rock formation called “the canyon of a hundred crying eyes”, beautiful waterfalls with organically formed stone basins and the Tiger cave, which is called so because of the whimsical clay dripstones. Despite its tiny size, the village itself has a lot to offer. You can see the only wooden mosque on the coast, learn about the customs and traditions of the Adyghe people, try on traditional clothes and taste authentic food and local wines. 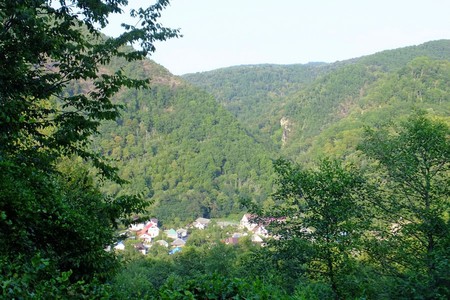 If you love picturesque ancient ruins put the Loo Temple on your must-see list. Drowning in the lush greenery of the Sochi National Park, Loo Temple is the remains of a 10th-century Byzantine temple, that’s been ruined and reconstructed multiple times. The temple was used as a place of worship and a fortification over the years. 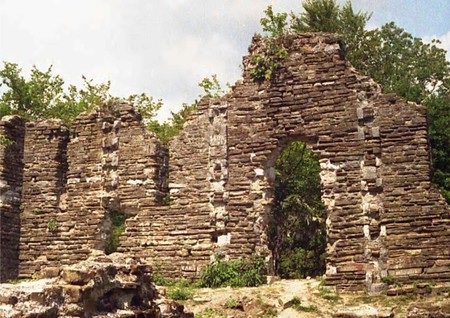 The ruins of an early medieval church in Loo, Sochi | © Ori/ Wikimedia Commons

This spectacular mountain ridge stretches for 23 kilometers and has the Rosa Khutor Alpine Resort nestled at its feet. The ridge comprises of 10 peaks, with the four tallest being the best known: Aigba peak I (2391 m), peak II (2450,5 m), peak III (2462,7 m) and Black Pyramid (2375,3 m). Save a day or two to explore the ridge, full of rapid rivers, alpine meadows and waterfalls. 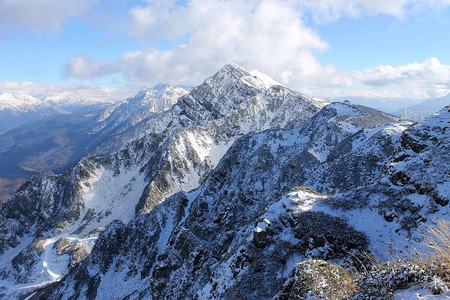 To admire the spectacular views that Achepsinskie Waterfalls offer, you’ll have to endure a pretty tiring trekking route through the Achishkho Mountain to the Achipse River. But those striking panoramas are totally worth the sweat and while the trekking may be tough going, it has a very decent infrastructure. 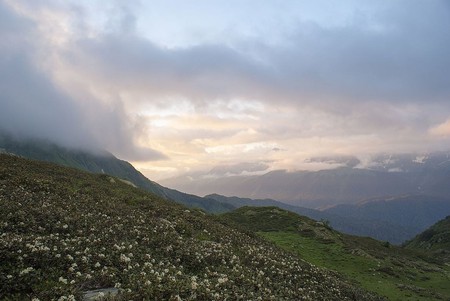 Located almost 2000 meters above sea level, Khmelevskie Lakes is an alpine lake system, named after the Russian botanist Vikenty Khmelevsky. Spread around emerald-green alpine meadows and surrounded by lush green forests, there are four rather sizable overgrown lakes and a few smaller ones. 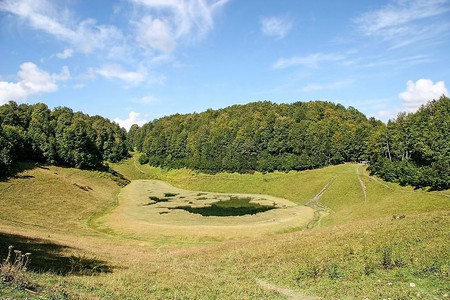 Arguably the most popular tourist spot near Sochi, Lake Kardyvach is simply breathtaking. Situated 44 kilometers from the Krasnaya Polyana resort at the altitude of 1838 meters, the lake stays frozen for seven to eight months a year and even in summer the water temperature is never hotter than 12℃. The water in the lake changes its color depending on the time of year: in spring it turns green and in autumn it becomes dark blue, and no matter what season, it’s unbelievably clear.

A unique monument of prehistoric architecture, Akhshtyrskaya Cave is set on the right side of Akhshtyrskaya Gorge, about 120m above the Mzymta River and 185m above sea level. The cave begins with a 20m corridor and then gets divided into two halls, 10m and 8m wide. The cave has been heavily explored by archaeologists, who discovered traces of Neanderthal culture dating back to 40,000 BC. 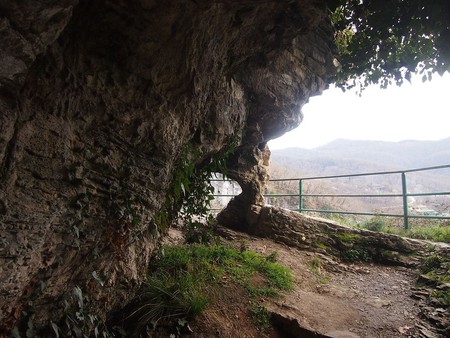 Sochi’s second most significant river, Shakhe begins high in the mountains and flows down to the Black Sea. 59 kilometers long, the river has some amazing natural attractions in its valley: Dzhegosh Gorge, 33 waterfalls, stone lake basins, ancient oak trees, rare plant life and so much more. 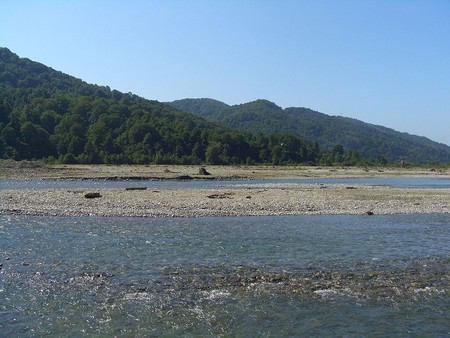 This is one of the most exciting hiking routes in the area. Taking you through spruce fir forest, to three cascading waterfalls and the sheer cliffs of the Orlinyye Rocks with head-spinning views. 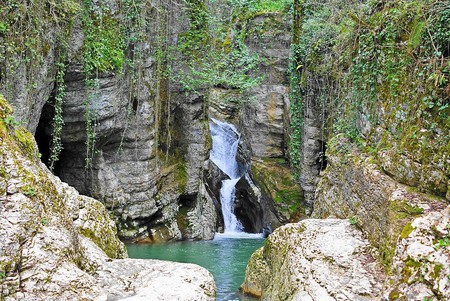 Words can’t do justice to the virgin beauty of the Khuko Lake and scientists are still puzzling over the absence of any life in it. Set between Adygea and Krasnodar Krai, the lake offers incredible views of the mountains Fisht, Oshten and Pshekha-Su.