The Russian Fashion Designers You Should Know

New creative minds have emerged from a post-Soviet Russia in which the heady excess of the early noughties has now been coupled with financial instability and flux. Within this complex culture, designers from Russia use fashion as a vehicle to reflect, prod, probe and celebrate their country, with electrifying results. The Culture Trip brings you ten Russian fashion designers that should definitely be on your radar.

Comparable in terms of hype to the Parisian label of the moment, Vetements, designer Gosha Rubchinskiy has – in only five years – injected much needed dynamism into a saturated industry. Working across photography and video as well fashion, Rubchinskiy started by customizing teeshirts with a friend. Today, his collections sell out almost as soon as they hit the shelves. The designer employs an understated aesthetic that mixes sportswear with intelligent tailoring, a look that has fast established the designer as a major player on the streetwear scene, as well as an industry figure. For SS17 Rubchinskiy showed his collection in Florence, but consistently referenced the homeland through lettering and symbols emblazoned across oversized shirts and low-slung shorts.

Ruban is a fashion brand established in 2010 by two sisters, Alisa and Julia Ruban, who after years of working as stylists for high-profile Russian and >Ukrainian fashion magazines decided to take a leap into the world of fashion design themselves. The duo experienced success almost overnight when Alisa was spotted wearing a Ruban design during Paris Fashion Week, which was subsequently cited by famous British fashion designer Stella McCartney as an inspiration behind one of her fashion shoots. Boasting a prèt-à-porter and a casual collection, Ruban produces a line that is both feminine and functional. The brand was recently cited by Marie Claire USA as one of Russia’s top fashion houses. 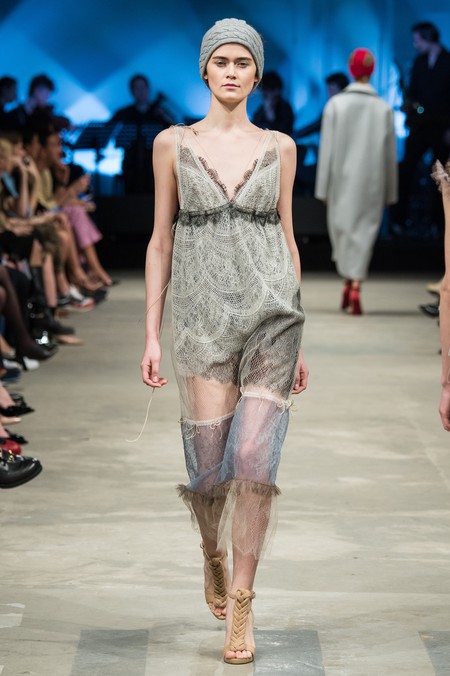 Born and raised in Moscow, where she lives and works today, Vika Gazinskaya‘s designs are typified by their individuality, with an emphasis on strong lines, graphic forms, a distinctly futuristic style. While studying fashion at university, she gained an internship at the luxury fashion magazine L’Officiel Russia. She was later hired as its fashion editor, helping her gain valuable knowledge of all things fashion before she established her ready-to-wear collection in 2007. Since then Gazinskaya has been named as a finalist for the prestigious ANDAM Fashion Award in 2012 and her designs have graced the pages of well-known magazines, including Harper’s Bazaar and American Vogue.

A graduate of the Moscow Institute of Fashion and Design, Alexander Terekhov got a sure footing in the world of fashion, gaining experience at Yves Saint Laurent fashion house in couture capital Paris. Epitomized by a sensual femininity and close attention to tailoring, Terekhov has partnered with Walt Disney to create a number of stunning dresses inspired by the film The Wizard of Oz, titled The Great and Powerful and has also teamed with the Italian handbag brand Coccinelle. His brands’ popularity has grown exponentially since it was established ten years ago and in 2011 Terekhov was bestowed with the title of Designer of the Year at Russian GQ Magazine‘s Man of the Year Awards.

Haute couture fan and street-style sensation turned fashion designer Ulyana Sergeenko’s striking designs are a stunning mix of many elements. On one hand they incorporate traditional Russian styles, but at the same time exude modernity and manage to be both masculine and feminine in their emphasis on curvaceous hourglass forms. Since establishing her label in 2011, Sergeenko has made waves in the fashion world receiving glowing praise from respected fashion publications including Harper’s Bazaar and Marie Claire.

Lesia Paramonova is the creative force behind LES, a fashion label which the talented young Moscow-based designer launched in 2012. An abbreviation of her name and also the Russian word for ‘forest’, the label takes much of its inspiration from nature and wildlife, with Paramonova creating eccentrically beautiful and ethereal creations dotted with flora and fauna. Her enchanting and fairytale-like creations have caught the eye of Italian Vogue and her styles have been worn by the popular London-based fashion blogger Susie Bubble. Paramonova’s latest collection Monstrology is a magical line based around a series of mythical bird-like creatures, which are embroidered onto her designs. 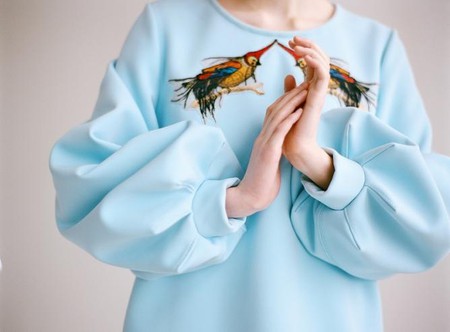 Often dubbed as Russia’s most famous fashion designer, Valentin Yudashkin is a prominent figure – he is the only Russian designer to be bestowed with membership to the prestigious Syndicate of High Fashion in Paris and is a National Artist of Russia. Born in Moscow in 1963, Yudashkin grew up fascinated by fashion and in 1987 he launched his first collection. It was his 1991 Faberge collection which was inspired by the famous Faberge eggs that really put him on the international fashion scene. Credited with raising the profile of contemporary Russian fashion design, Yudashkin’s theatrical designs have been exhibited in museum collections at Moscow’s State Historical Museum.

Born in 1968 in the town of Velikiye Luki, Igor Chapurin got his big break into the world of fashion in his early 20s when, in 1992, he won a competition at the Paris International Festival of Young Designers. He then went on to design dresses for the Miss Russia and Miss Universe pageants. In 1995, Chapurin debuted his first collection From Russia with Love, which incorporated his trademark ornate embroidery, and in 1999 he established his first boutique in Moscow. A member of the Russian Association of Haute Couture, Chapurin has twice won its coveted prize, the Gold Mannequin, and has also developed jewelry and furniture lines.

At the tender age of 22, Kira Plastinina is already a recognized designer on the international fashion scene and has had more experience than designers twice her age. In 2007, while still in her teens, Plastinina launched her first collection at Moscow Fashion Week and made her international debut at the AltaRomaAltaModa Fashion Week in Rome where she received an award recognizing her as the event’s most talented young designer. The youngest member of the Russian Association of Haute Couture, Plastinina has several boutiques across Russia and recently launched a new line, Lublu, which has an emphasis on fun and flirty styles with a chic and elegant edge.

With styles that are typified by sleek tailoring and modern, elegant silhouettes that blend eastern traditions with western haute couture sensibilities, Olga Vilshenko was inspired by her mother who, during the Communist era, went against the grain and produced her own handmade fashionable clothes. Vilshenko nurtured her love of fashion while studying at Moscow’s Institute of Fashion and Art and the prestigious Istituto Marangoni in London. She now divides her time between these two cities, during which her striking feminine designs have found a fan in British singer-songwriter Florence Welch. 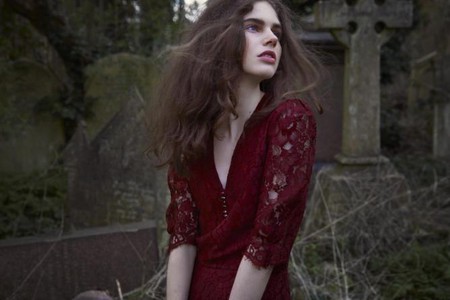