10 Reasons Why St Petersburg Is a Cat Lover’s Paradise 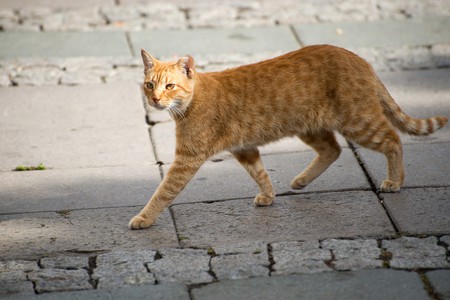 St Petersburg is a very cat-friendly city. Cats have a lot of autonomy in the streets, infiltrating the city culture with their charm. Find them hiding under café tables, living in museum basements and lurking around the streets.

Cats hang out in cafés

When in need of a serious dose of cats, Cats Republic is a place where you can’t go wrong. Visiting a cat café is not just about drinking coffee and playing around with its furry inhabitants, although it is an essential part of the experience. For the cats there, the café is a temporary home, and many are looking for a permanent place to stay and a loving owner. Entry to the cat-inhabited part of the café has an entry fee – think of it as the cost of a visa.

During the horrific years of the Siege of Leningrad, food supplies in the city were scarce, and cats inevitably became a source of food for the starving citizens. By 1942, cats were rare in St Peterburg, but with a shortage of cats came an infestation of rats, which ate the few supplies that were around and put the city at risk of disease, including the plague. As soon as the deadlock of the Siege was somewhat broken, one of the first orders in St Petersburg was to bring in more cats so that they could continue protecting the city from potential dangers.

The Hermitage may have once been the home of the Russian royal family, but an army of cats have overtaken the stately property. These whiskered warriors protect the Winter Palace from mice and rats. For three centuries now, they have been doing their duty, and the museum has about 60 cats in their ranks. Each one receives an anti-flea collar and a name, which is not a simple process. First, they were named after famous artists, whose works are on display at the museum. When they ran out of those names, the cats were named after various countries, American states and the states of India. These fluffy creatures are loved and pampered, and each one has a personal vet, a press secretary and even a holiday – ‘Day of the Hermitage Cat’.

Cats have their own museum

Museum
Facebook
Email
Twitter
Pinterest
Copy link
Share
The Cat Museum is dedicated to basically everything cat-related, ranging from paintings and statuettes to costumes, household items and souvenirs from around the world. It is the place to go to immerse yourself in cat culture. Here, you can also read and see how cats have infiltrated print culture, complete with posters, cards, poems, nursery rhymes and folklore. The guides at the museum will happily share their knowledge on the secret life of cats and answer any cat-related questions. Booking a visit is essential on weekdays.

Spotted on a ferry going between Moscow and St Petersburg is cat Matros, or Sailor in English. He has been providing loyal service on board the Nikolay Chernishevsky boat operated by the Vodohod company since 2008 when he was brought on by the captain. As Matros is getting older, a newcomer, cat Botsman, now wears his old uniform and is learning all there is to know about getting his paws dirty on deck. Who said cats were afraid of water?

Cats found a place in literature

Famous St Petersburg writer and poet Alexander Pushkin created the character of a cat in a poem that any Russian will recognise and know by heart from a young age. The lines from the poem read:

On seashore far a green oak towers,
And to it with a gold chain bound,
A learned cat whiles away the hours
By walking slowly round and round.

People can find a depiction of the ‘learned cat’ in St Petersburg – a 160-centimetre sculpture of the cat rocking a pair of round glasses, engrossed in reading his book. The book is open to the page that reads ‘Happiness is where you are.’ The tree may not be an oak, and the chain is not gold; however, some say that if you rub his glasses, there will be good fortune in studying.

One of the most visited cat locations in St Petersburg is a memorial dedicated to two cats, Elisey and Vasilisa. They are hard to spot, hidden in nooks and crannies of a building, but if you keep looking up, you will eventually spot them. Locals believe that these two cats can make a wish come true. The only requirement: getting a coin up to the bannister next to them. It’s only a myth, but sometimes magic can happen.

Cats have contributed to science

Located in the courtyard of St Petersburg State University is the first cat monument in the city. The engraving on the monument reads ‘Humanity is ever thankful to the cat that helped contribute to the world numerous significant discoveries in the study of physiology.’ This modest and well-hidden sculpture commemorates the cats that partook in laboratory experiments, thus contributing to the development of the sciences.

Cats get a place at the table

Despite some reservations about hygiene, many restaurants and cafés have a resident cat that is just as unique as the menu. These cats feel at home, jumping onto chairs, napping under tables and getting chubby and round with all the generous leftovers they eat. Meet two fat ginger cats at the famous Pishechnaya (donut shop) or the grey cat at art-café Sunduk. Cat Gosha is kept warm in a blanket, due to his lack of fur, at the restaurant Mi Zhe Na Ti. Basya, the cat, is living it up on the other side of town at the Villa Zimaleto. Quite an enviable life these cats have.

Although there are many happy owners of cats who provide food and shelter for their beloved pets, many cats don’t have the same luxury. Cats are everywhere on the streets of St Petersburg; you will see them lurking in courtyards, hiding in basements, rummaging through the garbage and sometimes just rubbing against a stranger’s leg – waiting for a pat. Whether they are stray hooligans or domesticated award winners, cats have become an essential part of life in St Petersburg.