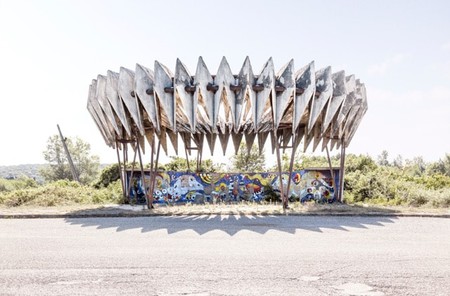 Dotting some of the most remote roads of the post-Soviet states are some of the most striking and outlandish architectural designs of the USSR, albeit some of the smallest. At a time when resources were often rationed or sparse, and design and art fed State ideology, the humble Soviet bus stop became an eccentric landmark, embellishing the countryside with idiosyncratic architecture. Feeding into the idea of collectivised transport, architects channelled their creativity into designing concept pushing structures, as photographer Christopher Herwig discovered while adventuring through the post-Soviet states.

Inside the strict Soviet Union, which valued uniformity across cultural aspects, these bus stops often utilised materials easily accessible in the local area to create individualistic structures, unique to their region. 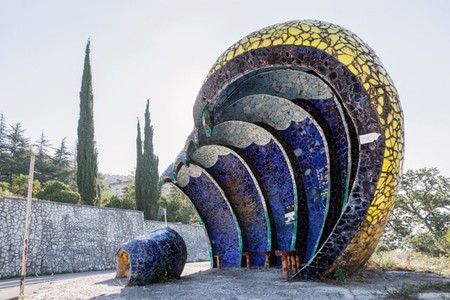 Bus stops were one way artists could make money. So many of them grabbed the resources at hand and went to town with their creativity. 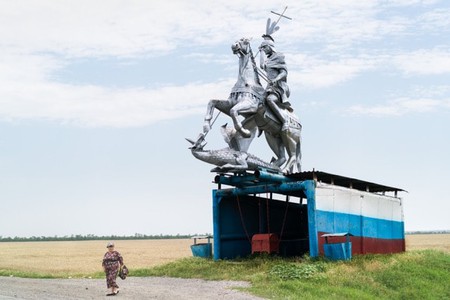 It is Herwig’s opinion that the most interesting bus stops come in clusters. He suggests that this reflects the want of artists and communities to use them like a piece of public art, to cheer up their town, as well as wait for public transport. 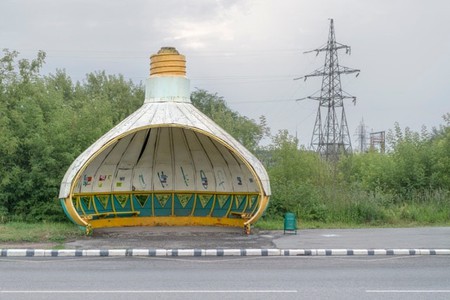 On some highways, ostentatious and impressive bus stops were constructed with surprising frequency, given that there were no towns or villages nearby. 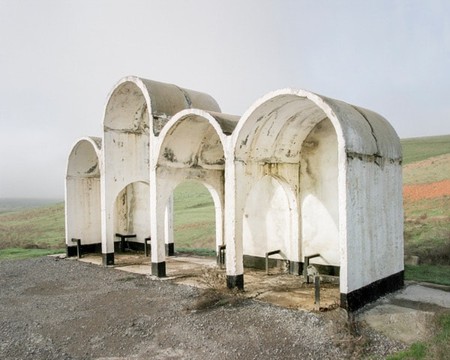 Many of these bus stops were connected to factories, transporting workers to and from work. 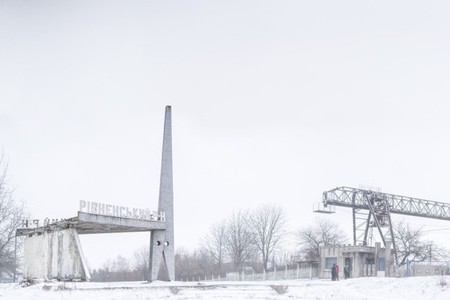 As a popular seaside destination with an abundance of sanatoriums, Luhove has many charming and detailed bus stops for the holidaymakers. 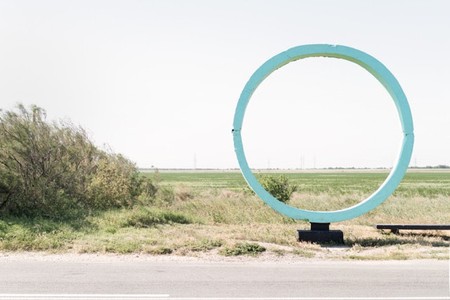 Herwig also believes that this culture of flamboyant bus stops came out of a want for public art and a desire to be creative in a tightly controlled state, as well as a way to preserve local culture.

In some of the former Soviet states, locals were really suspicious of a Westerner taking photographs of old relics, so Herwig took to keeping two memory cards on him. A dummy one to show the police if the gave him trouble and the real one he kept in his pants for safe keeping. 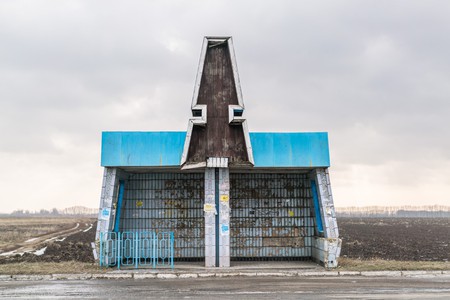 Many of these bus stops are in states of disrepair and are at risk of being demolished. 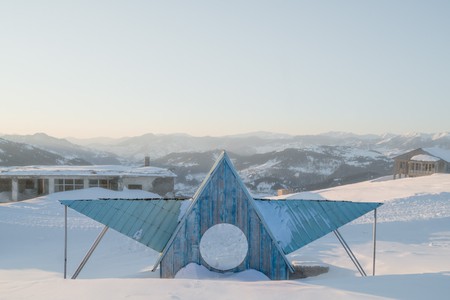 Life behind the Iron Curtain is often portrayed as a life governed by strict rules, with the purpose of assisting the collective greater good. These bus stops challenge that assertion, by showing the individuality, creativity and sense of fun that was cultivated at the time. 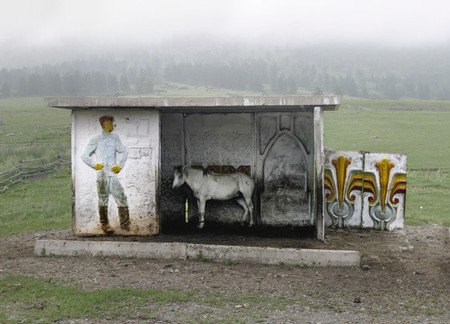