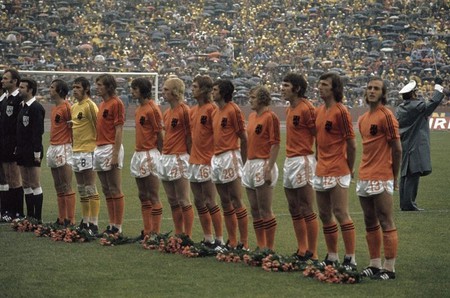 Before the World Cup in Russia kicks off in June 2018, let’s take a step down memory lane and look at some of the teams that didn’t quite make it. For one reason or another, these 10 excellent teams never won the World Cup. Learn about underdogs that shocked the world, great teams that missed vital penalties, and players who looked like they were guaranteed to bring their team victory, but missed at the last moment.

When Brazil hosted the first World Cup after twelve years in 1950, home fans had expectations of victory. The previous three World Cups had been won by Uruguay (1930) and Italy (1934, 1938). This was the only World Cup to date that didn’t have an actual ‘final’; instead a group stage was used in the final round. The winners of this group would become the World Champions. It came to the final match and Brazil only needed a draw with Uruguay at the Maracana Stadium in Rio de Janeiro to win the World Cup. Nobody really expected Uruguay to win, but they did, winning 2-1, and Brazil had to settle for second place. 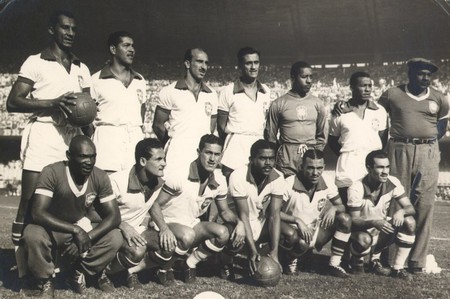 Hungary’s team was known as the ‘Magic Magyars’ when it entered the 1954 World Cup, which was held in Switzerland. In the group stage, Hungary whopped West Germany 8-3 and South Korea 9-0. In the quarter finals, they disposed of Brazil with a 4-2 win. In the semi final the Hungarians also romped to a 4-2 victory. In this game they needed extra time to overcome Uruguay. Going into the final against West Germany, many believed the outcome to be a foregone conclusion as Hungary had already beaten the Germans by five clear goals and had scored 25 goals in the tournament. Hungary surged into a 2-0 lead and looked set to win its first ever World Cup. However, the West Germans fought back and won 3-2. Sándor Kocsis finished as the tournament’s top scorer of 9 goals, but it wasn’t much consolation for the Hungarians, who returned home trophy-less.

Inspired by Eusebio, Portugal was one of the early favourites to win the 1966 World Cup. They had already beaten Brazil 3-1 in the group stage, winning all three matches in the process. Then they knocked out North Korea, coming back from 3-0 down to win 5-3. Eusebio scored four goals in that match and ended as the tournament’s top goalscorer with 9 goals. However, England challenged Portugal’s winning streak in the semi finals with a 2-1 win. Portugal did secure third place, but the great Eusebio never played in a World Cup final.

Which country beat Brazil, Argentina, Italy, Sweden, Yugoslavia and Haiti and didn’t even reach the World Cup Final? Poland. It remains that Poland had the best record out of any team in the 1974 World Cup. Inspired by captain Kazik Deyna and golden boot winner Grzegorz Lato, they won six matches, scoring 16 goals and conceding just five. Even eventual champion West Germany couldn’t manage to beat as many strong teams, or score as many goals. So why did Poland not win the tournament? In the deciding match against West Germany, Gerd Muller scored a late goal and the Poles were out. They still managed third place and returned home as heroes. 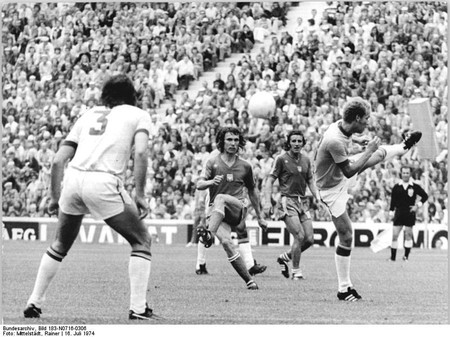 The famous ‘Cruyff turn‘, the bullets shot by Johann Neeskens and the vitality of Johnny Rep gave this Dutch team a brand of football all its own: Total Football. The Netherlands went 1-0 up in the 1974 World Cup final through a penalty by Neeskens, yet somehow lost 2-1 to West Germany. It was a sad end after the Dutch had impressed fans with their wins over Brazil, Argentina and East Germany. The Dutch weren’t to be a flash in the pan, however. The same squad returned to the World Cup scene four years later, ready for revenge. They reached the final again, this time taking the match into extra-time against Argentina before eventually losing 3-1. 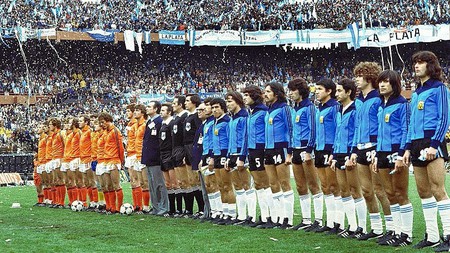 Some people still argue that the Brazil team in 1982 was the best Brazilian team of all time. Looking back at the goals the team scored, it’s very difficult to disagree with this. Yet, they didn’t win the World Cup; they didn’t even make the semi finals. Incredible team goals were realized by the Brazilians as they tallied 10 goals and three wins. However, poor defense let them down in the second round with Italy. Paolo Rossi scored a hat-trick that ended the Brazilian dream in a 3-2 win for Italy.

Perhaps a surprise entrant on the list, Northern Ireland certainly gave it a go in 1982. The famous George Best never played in a World Cup, and when Northern Ireland qualified in 1982, George was 36. However, the squad of 22 that Billy Bingham hand picked didn’t include the country’s greatest player. Northern Ireland won its group by beating the hosts, qualifying unbeaten and conceding only one goal (to Honduras). After winning the group with a famous 1-0 win over Spain, Northern Ireland was unlucky not to reach the semi finals due to a disputed refereeing decision. In the crunch match against France, Martin O’Neill thought he had put Northern Ireland 1-0 up, but the goal was disallowed for offside. Had Northern Ireland progressed, they would have faced West Germany in the semi final game, a team they beat home and away in 1982 and 1983. Many Northern Irish fans still class it as the World Cup they should have won, and not even with a hint of Irish sarcasm.

Inspired by their captain Michel Platini, France was a favourite heading into the 1986 World Cup in Mexico. They played open attack football, continuing where they had left off in 1984 when they clinched the European Championships. In 1986, the French came through their group after wins over Hungary and Canada and a draw with the Soviet Union. They knocked out Italy in the second round with a 2-0 win, but it was after their quarter final with Brazil that many football fans let themselves hope that perhaps this was to be France’s year. The French knocked out Brazil on penalties in a pulsating match and were highly tipped to beat West Germany to reach their first final. However, they lost 2-0 to West Germany and had to be content with third place after beating Belgium.

Although England won the World Cup in 1966, its 1990 team was arguably better. It was a World Cup that would remain in many English memories for years to come. It was Bobby Robson’s last World Cup as England’s manager, and it proved to be talisman Gary Lineker’s final World Cup too. Peter Shilton and Bryan Robson also bowed out. After winning their group and dominating all matches, supersub David Platt scored the goal to take England into the Quarter Finals. Here, England dispatched a spirited Cameroon team with two Gary Lineker penalties, helping seal a 3-2 win. Lineker’s equaliser against the West Germans in the semi final gave the English real hope, but following a booking for Paul Gascoigne, and the subsequent ‘Gazza’s tears’ moment, the English lost on penalties and had to settle for fourth place.

For neutrals watching the Italia 90 tournament, the underdogs of Cameroon became the cool team to support. Having shocked Argentina in the opening match with a 1-0 win, the lions of Africa set the tournament alight with their fast-paced, skillful techniques. Veteran Roger Milla weighed in with four goals as Cameroon became the first African team to reach the last eight. They were just seven minutes away from the semi finals, as they beat England 2-1. Then England’s Gary Lineker converted an 83rd minute penalty, and later added the winning move in extra time. Cameroon returned home to a hero’s welcome. 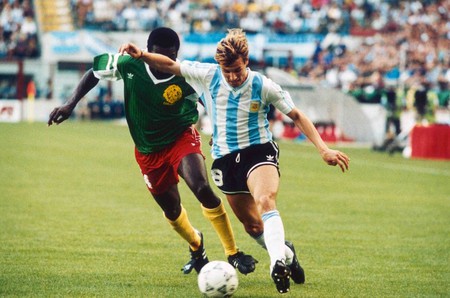