10 Craft Russian Beers You Must Try 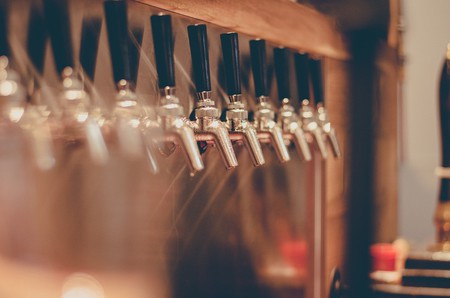 Vodka may be Russia’s national libation, but beer comes in at a close second. In fact, the country has the fourth largest beer market in the world and is no longer limited to Soviet stalwart, Zhigulevskoe, or Baltika. Here’s our pick of the best breweries and beers that are changing the nation’s drinking culture.

Originally based in the Urals, the brewery relocated to St. Petersburg in 2005, and became the pioneer of craft beer in the region. Creating bold favours with cherries, coffee, honey, spices and juniper berries, Vasileostrovskaya continues to push and refine Russian craft beer sophistication to new levels. It makes both seasonal and permanent award-winning labels across the beer varieties, and with so many to choose from, it’s a good excuse to head to the pub.

Beers to try: Chekov, a six per cent Cherry Ale. The bitter aftertaste hits once the initial cider-like sweetness dissipates, and you are left with a crisp, tart, beer.

In Ivanteyevka, a satellite city just to the north of Moscow, award winning Victory Art Brew set out to make distinctive beer as a response to the perceived lack of choice in the Russian market. Born out of a home brewing project, their beers have regularly won awards from Russian and international organisations and competitions. Since 2016, they have been certified as eco-friendly by LavkaLavka, a sustainability and farming association.

Beers to try: My Fallen Angel, a fruity IPA with notes of mango and passionfruit, is the newest addition to their range, while the award-winning Celebration Stout is the brewery’s first commercial brew, and still a good one – aromatic hops and plenty of malt gives this creamy beer its distinctive taste.

Read our article on the iconic Zhigulevskoye beer brand.