Why You Should Visit Cluj-Napoca Instead of Bucharest

These two cities in Romania couldn’t be further apart. It’s not just the miles between Cluj-Napoca (more commonly known as just Cluj) and Bucharest that differentiate the historic locations – both offer something new to travellers looking to explore ‘old’ Europe. But here’s why you should venture into the heart of Transylvania, and visit Cluj first.

In recent years, Cluj has caught up with Bucharest in terms of industry. The second most populous city in Romania always had the edge when it came to education, with the old schools and universities excelling in I.T. and engineering, but businesses would often settle elsewhere and train the local talent pool.

One of the many castles in Transylvania

Things have changed immeasurably in the last decade or so. Arriving at Cluj Airport, only half-an-hour away from the centre of town, our taxi driver told us he was merely earning some extra money before starting his new job working for one of the major airlines as a pilot. He explained that he’d made the move from Bucharest, something that would have been unheard of few years ago.

It might seem like an odd place to start, but it’s strangely comforting to hear that Cluj is now also financially competing with other Romanian locations. Of course, that means prices for food, drink and accommodation have gone up, but as the taxi ride proved, these increases compare favourably with levels in the region as a whole. In short, you’ll get a lot for your euro, pound or dollar in Cluj. 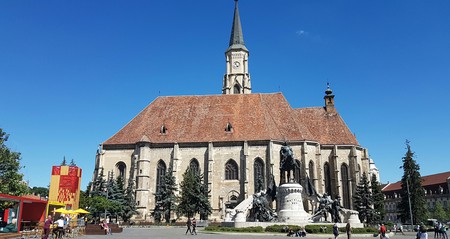 The Centre of Cluj in Summer | © Culture Trip

With the large number of universities in the city, there is also a healthy student population. A few bars and clubs have been redesigned to cater for the younger market, and they’ve actually added to the charm of the city. Seeing the old sit alongside the new makes any visit feel like an adventure.

The big draw for many to Cluj, is Transylvania, the vast region within which the city sits. You could spend weeks exploring the city alone, so it would be foolhardy to attempt taking on Transylvania in one visit. If you are looking for a Dracula experience, however, you’ll be in for a disappointment. Even the tackiest of souvenir shops won’t be stocking any supernatural paraphernalia.

If you are desperate for a fix of vampires and ghouls, then a return trip over Halloween would appear to be the best bet. The forts nearby were the source of Bram Stoker’s novel, with Bran, Poenari and Hunyad castles the ones most commonly associated with the legend. Apparently some of these locations are not only open to the public in late October, but will also offer you the chance to sleep in a coffin if you so desire. 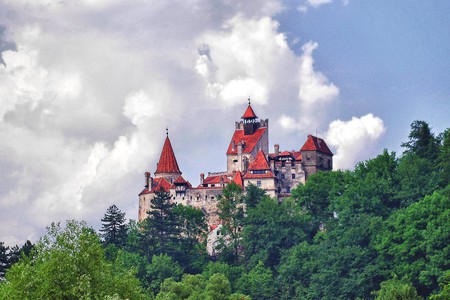 Although not famed for its art or culture, Cluj has plenty to offer year round. There are a number of festivals catering to all tastes, such as the Transylvania International Film Festival (TIFF), which recently celebrated its 16th edition in style.

Screenings are dotted around the city, all within easy walking distance of one another, and as if to highlight how inclusive Cluj feels there are not one, but two festival parties every night. These vary from clubs in the centre to vast LA-style soirees in the hills, offering up amazing views and going on well into the early hours. 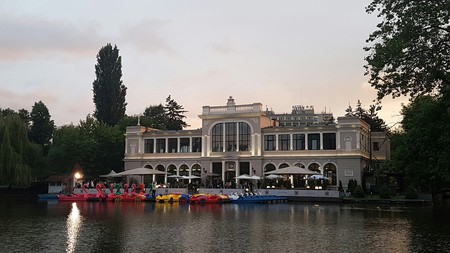 Travelling around isn’t an issue, if you can’t walk it, then hailing one of the plentiful taxis is a painless process which is certain to save you some leus.

TIFF is a movie event that’s growing rapidly both in terms of size and reputation. The most recent festival featured films with international stars like Gemma Arterton, award-winning dramas from South America (in the form of Chile’s Berlin Festival winner A Fantastic Woman), as well as acting royalty such as French star Alain Delon dropping by. 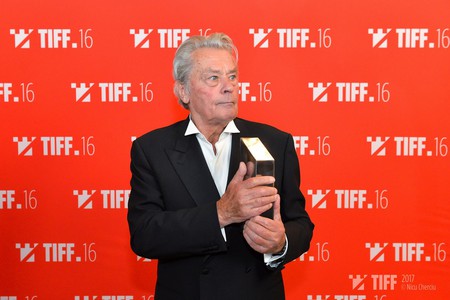 There was a surprise film this year – Edgar Wright’s Baby Driver might not be to everyone’s taste, but any movie that features Jamie Foxx, Jon Hamm, Kevin Spacey and Lily James is worth at least a closer look.

Another aspect of Cluj and the film festival that make the experience so agreeable is the climate. It’s warm without ever feeling too stifling, and this is in part due to the proximity of the hills and mountains that are visible from any vantage point in the city. In the winter, it’s possible to ski in the area too.

The excellent views might be of a different sort to the more more traditional landmarks of Bucharest, but Cluj knows just how to make the most of it. As well as nightspots in the hills, there are a number of bars and restaurants that open up their rooftops so that customers can enjoy the cityscape, as well as the surrounding areas.

Another venue with a view. Aroma in Cluj | © Culture Trip

The locals are friendlier than those in Bucharest, perhaps on account of Cluj being less visited by tourists. Although some of the architecture away from the centre smacks of a bygone era, i.e. the harsh concrete blocks of the 60s and 70s, there are none of the dangerous ghettos associated with the outskirts of the capital city.

Another highlight is the clean air. Cluj has the best air quality of any European city in the EU (out of the 100 biggest cities on the continent).

Cluj has more than enough to keep you entertained day and night. Regular flights are available from all over Europe, with easy connections for those looking to go further afield.